Sixteen Stormy Days: The Story of the First Amendment to the Constitution of India | by Tripurdaman Singh (Vintage)

In 1950, after much fanfare and celebration, the Constitution of India was inaugurated and the country declared a republic. The centrepiece of the document was the chapter on Fundamental Rights, an innovation that Constitution-makers were especially proud of. Yet a year later, in May 1952, the First Amendment proposed—and carried out—far-reaching changes to these rights. A new section describing ‘reasonable restrictions’ was added. Another amendment sought to weaken the right to property. And there were more. Prime Minister Jawaharlal Nehru declared individual liberty and freedom to be
animating ideas of the 19th century. He wanted to push social justice at the cost of individual rights and succeeded. These changes had far-reaching political effects in the decades ahead. Singh describes those debates and sketches those events of that time in a masterful manner.

France before 1789: The Unraveling of an Absolutist Regime | by Jon Elster (Princeton University Press) 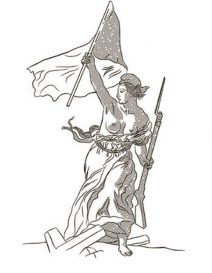 Most analyses of the French Revolution and revolutions in general try to find ‘causes’ based on observed events. In the French case it is usual to stitch together disparate events like the Bread Riots in Paris, the Storming of the Bastille and more into a ‘narrative’ about the revolution. But in this story there is no mention of the motivations, preferences and beliefs of individuals who participated in those events. These ‘micro-foundations’ are essential if one is to have a coherent understanding of the events of 1789. Surprisingly, there are virtually no studies that do that. Jon Elster, a celebrated social scientist, tries to do that in this first, exploratory, book of a planned multi-volume study. Given the distance between the book and the events, he has managed to plumb the depths of archives and combine that with his penetrating insight into human behaviour. The result is a very different picture of the motivations for the revolution instead of the usual ‘let them eat cake’ variety of history.

Jon Elster has managed to plumb the depths of archives and combine that with his penetrating insight into human behaviour. The result is a very different picture of the motivations for the French Revolution instead of the usual ‘let them eat cake’ variety of history

The keystone of Cold War politics was the so-called nuclear revolution that prophesied stability between nuclear-armed rivals. Nuclear war was so terrifying that the US and the USSR abjured fighting wars and the Cold War passed peacefully, by and large that is. Brendan Green’s book does a thorough demolition job of that claim based on what these states actually did. Instead of predicted stability, there was an acute arms competition; instead of realising that nuclear war was futile—Mutual Assured Destruction or MAD was for real—these states pursued nuclear war-fighting doctrines. So much that counterforce strategies—selective targeting, or ‘taking out’ of nuclear infrastructure with missiles—was even thought to be conceivable. These are not academic questions and in the Second Nuclear Age they have become even more important.

If the authors are to be believed, trade is now war minus the guns. The imbalances in the global economy, with countries like China enjoying massive surpluses, have made trade a zero-sum game between countries. The trade wars of 2020 are driven by these imbalances. The authors argue that this is a mistaken way to understand what is going on. The real culprit is rising inequality within countries and the gap between the haves and the have nots that has now acquired a global dimension. There is certain plausibility to this claim as has been shown by many studies since the last decade. This is, however, a contested area: while there is no doubt that within a country inequality has gone up, at the same time poverty in developing nations—and China is the exemplar—has come down considerably. But whatever be one’s persuasion, this is a work worth reading to understand our contemporary political flux. 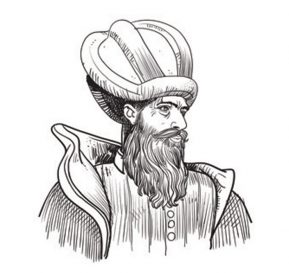 The world is now populated with nation-states and in an evolutionary sense, this form of political organisation has eliminated all other forms: empires, city-states, chieftainships and more, have all disappeared. But this was not always so and the fascinating story of how rival political forms were ousted by nation-states has been Hendrik Spruyt’s life’s work.

The fascinating story of how rival political forms were ousted by nation-states has been Hendrik Spruyt’s life’s work. In the world imagined, he looks at medieval formations in east Asia, the Ottoman Empire, Safavid Persia and Mughal India

In The Sovereign State and Its Competitors (1994) he looked at Europe from this perspective. In the present volume he completes the story by looking at medieval formations in East Asia, the Ottoman Empire, Safavid Persia and Mughal India. Of the two books, the new book tells a more interesting story. This part of the world is yet to complete its journey: nation-states exist but they are in constant crisis with ever-present threats of secession. The nagging question whether this form of organisation is even suitable never really goes away. Then there is China, a Behemoth that defies any neat classification (a nation-state? a civilisational state? an autocracy? or something with bits of all?). Spruyt’s book offers a very different and interesting perspective on the tumult in developing countries.