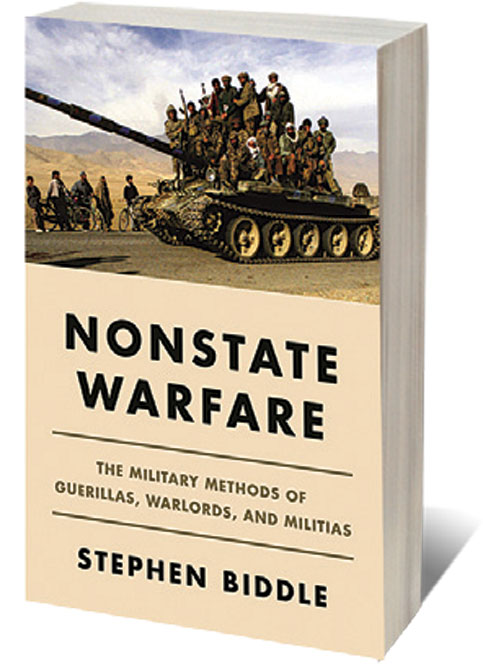 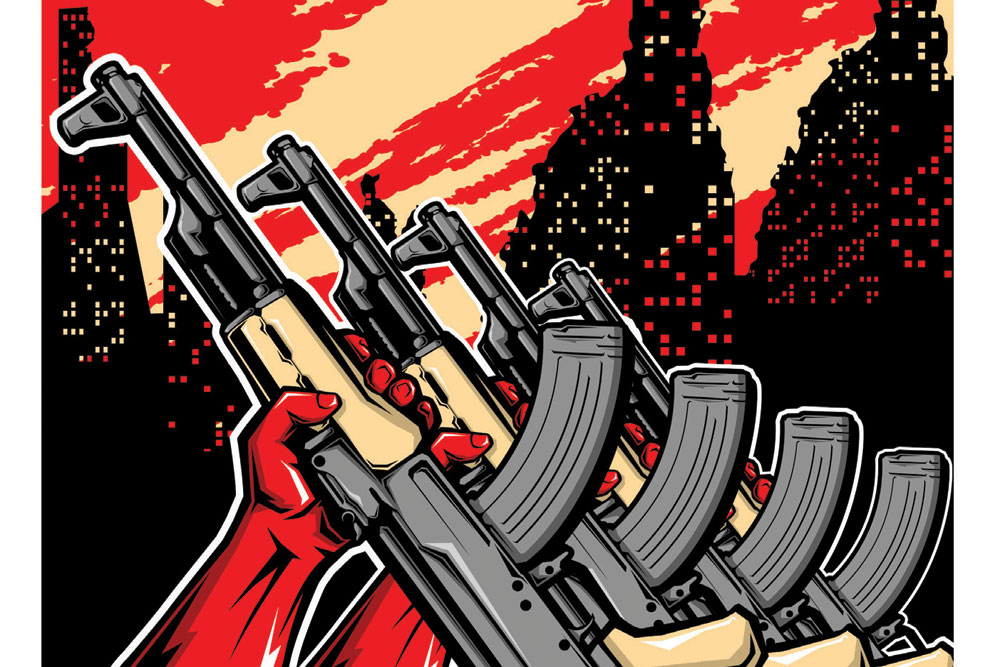 
IN 2006, MANMOHAN SINGH, then prime minister, described Naxalism as the most serious internal security threat to India. These days, Singh’s lines serve a rhetorical purpose. Once in a while, when Maoists strike hard, his statement is dusted off and put to use in newspaper stories. Then it is forgotten, until the next time.

Singh may, however, have been right but for wrong reasons. His speech at a meeting of chief ministers on Naxalism on April 13th, 2006, was made in the context of disarray among security forces, lack of coordination between governments of states affected by Maoism and the polarising ideological debate in Delhi on what should come first, ‘development’ or ‘security’. The doom and gloom are gone and so is the disarray. But Maoists do pose a formidable challenge in one way. Among the profusion of rebel groups across India, they alone seem to approach what Stephen Biddle, an analyst of war, describes as the ability to wage ‘mid-spectrum warfare,’ a zone where tactics, terrain and organisational wherewithal combine to pack a potent punch against the government. All other groups—from NSCN factions in Nagaland to the assortment of Jihadi elements in Kashmir—operate at the level of hit-and-run tactics.

In scholarly analysis and among those tasked with managing internal security, guerrilla warfare and conventional wars waged by nation states are considered two distinct domains located at different ends of a spectrum that details military technology and practices. In Nonstate Warfare: The Military Methods of Guerillas, Warlords, And Militias, Biddle denies this neat separation into distinct and discrete zones. Instead, he conceptualises warfare as a continuous activity that ranges from the ‘Fabian’—low-end—to the ‘Napoleonic’—high-end—ends. The Fabian end, named after the Roman general Quintus Fabius Maximus Verrucosus (280 BCE-203 BCE) who harassed the more powerful army of the Carthaginian general Hannibal instead of going to open battle with him, is the domain of sniping tactics, roadside bombings and the stuff of guerrilla war. Napoleonic, as the name suggests, is the domain where mass armies confront each other in open ground.

Biddle says the Fabian and Napoleonic ends are more or less history now. With increasingly lethal firepower and weapons, the era of armies slugging it out in the open is over. In an earlier work, Military Power: Explaining Victory and Defeat in Modern Battle (2004), he dated the ‘modern system’ to Operation Michael, the second battle of the Somme (1918). Since then, most armies have developed a complex system of attack and defence in which artillery, armour and infantry play a specific role requiring careful coordination. Attack under supporting fire from artillery, suppressing fire against enemy troops, precise timing and local-level understanding of terrain to cover ones troops from enemy fire are essential for success. Not all armies have been able to master this system, but the effective ones have. The result is that conventional armies have moved away from the Napoleonic ‘brawn and bombs’ end to the middle—or mid-spectrum—zone in the Fabian-Napoleonic spectrum. In Nonstate Warfare, Biddle updates the story to show how many non-state actors have caught up with the same system and moved into the mid-spectrum area. His case studies are Hezbollah in southern Lebanon, the Jaish al Mahdi in Iraq (2003-08), The Somali National Alliance (1992-94), groups in the Croatian War of Independence (1991-95) and the Vietcong (1965-68). These examples are interesting because they involved a relatively weak non-state group against a more powerful conventional army (Israel and the US are two adversaries). In the end, the non-state groups proved their mettle against all odds.


To match conventional armies, rebel groups need to master complex tactics such as heavy firepower combined with concealment of fighters. This is necessary as there is a trade-off between lethality of firepower and concealment

How did this happen? Were these rebels able to match the firepower of their much more powerful conventional rivals? The answer Biddle provides casts a very different light on how non-state groups succeed or fail. His answer is that it is the politics of these groups that determines military success or failure, a line of reasoning that is very different from accepted theories of guerrilla and conventional warfare. The story runs something like this. To match conventional armies, rebel groups need to master complex tactics such as heavy firepower combined with concealment of fighters. This is necessary as there is a trade-off between lethality of firepower and concealment: one can either be concealed and do minimal damage to government troops or one can remain exposed and inflict significant damage. The optimum trade-off is not possible in groups riven with factions or where the stakes are low. In a rebel group with factions, fighters belonging to rival factions may not coordinate with each other and the result will be a disaster. High stakes and coherent groups are necessary to solve the collective action problems of complex tactics. Biddle states that, where the stakes are high, for example where the rebel leadership will be killed in case of defeat or the defeat will inflict catastrophic costs, the rebel leaders will invest in costly training to ensure their fighters can wage mid-spectrum war.

This is a very different, political, answer to a military puzzle that has for long been answered in terms of technology and numerical strength of each side, rebels and government. Political theories of warfare as propounded by Marxist ideologues and practitioners like Mao Tse Tung and Che Guevara are no longer taken seriously. By providing rigorous micro-foundations, Biddle restores political theories of war back to respectability.

There are, however, limitations to his analysis. Take the Indian rebel groups. They lack the two essential features Biddle says are required for mid-spectrum warfare: political stakes and coherence. These are necessary if a non-state group has to move away from the Fabian end to somewhere in the middle of the war spectrum. Only the Maoists have been able to do that in some—not all—dimensions. These include the division of the area where they operate in the rear and front zone—a classical Maoist distinction—use of distinctive uniforms and the ability to wage battles against government troops in the areas they control. No other group displays these characteristics. But then there are other markers where Maoists come nowhere close to mid-spectrum features. Chief among them: the ability to hold territory.

What explains this? In one cunning way, the Indian government has been able to lower the political stakes of these groups and the Maoists are not immune. In every insurgency-hit area, the government has ‘surrender policies’ for rebels. Nominally couched in terms of democratic politics—giving ‘misguided youth’ a second chance—these policies have a deep strategic logic: they lower the existential stakes of rebel leaders. No outcome will be so catastrophic that rebels will be killed if they lose. It is no wonder that Maoists get upset at the periodic surrender drives such as the ongoing lon varratu programme in Bastar.

There are, of course, methodological and theoretical questions around Biddle’s framework. For example, there is an explanatory asymmetry between non-state actors and states: the military behaviour of the former has been explained in terms of their politics—an endogenous variable—while the same behaviour is exogenously given in the case of states (as explained in Military Power). What explains the difference between the two sides? Then there is the question of low existential stakes in most rebel groups. What explains that? Surely, rebels waging secessionist and religious wars are not out for a morning stroll with a gun? One can use second-order explanations like surrender policies, but what about reasons intrinsic to these groups? But these are not limitations of Biddle’s polished work. Its publication presents a rare occasion that forces one to re-think received wisdom about rebel groups.