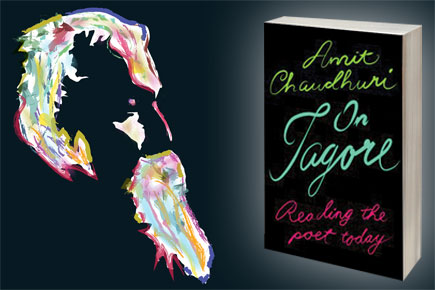 
I’ve always wanted to know how writers celebrate their birthdays. Cake-cutting, candle-blowing, birthday-bumping were surely meant for their readers alone. As a child, I heard stories about how Rabindranath Tagore spent his birthday: drinking charanamrito, eating payesh, and releasing a fish into a pond or well. Amit Chaudhuri once made a joke about Bengali writers and artistes born in the month of May in his essay Sacred Objects: ‘By some coincidence, it being May—a month that exacerbates tempers, but also a fecund time, apparently, for bringing poets and artists to the world—the birthday celebrations of Satyajit Ray and Tagore were taking place…’ What Chaudhuri did not tell us, but what would now be apparent to his readers, or certainly to his friends on Facebook (where Mark Zuckerberg’s don’t-forget software invokes a chain reaction of unfeeling birthday wishes), is that he saw himself belong to the same group. Whether it is 2 May, 8 May or 15 May, Indian literary history—always serious, always adjusting the specs on its nose-bridge, always bookmarking the relevant—would relegate this bit of information to trivia, but in it is a code of literary tradition that seems to have escaped our most important critics. Chaudhuri, in a concluding gesture as a writer-critic in the ‘Introduction’ to his most recent book, On Tagore: Reading the Poet Today, a collection of five of his most important essays on Rabindranath Tagore, writes: ‘I then had to make sense of who this Tagore was, what had kept him from view, and why these attributes and qualities—subtlety, melodiousness, silence, equanimity—might be important… generally, but also (there’s no use denying this particular preoccupation) to the sort of writer I’d set out to be.’ In that is a declaration of a writer’s manifesto, however subtle it might be, and the kind offering of a crutch to lazy criticism that has failed to see writing like his—and quite a few others’—as belonging to a more vernacular cosmopolitanism instead of the more geometrical centre-margin postcolonialism that is supposed to fuel the agenda of our late capitalist publishing industry.

A few weeks ago, a teenaged girl from a neighbouring town who had just discovered Chaudhuri’s work, asked me what the cover of St Cyril Road and Other Poems, his book of poems, meant. His poems had clearly spoken to her, but she was uncomfortable with the photo of a staircase on its cover. A staircase is never a home, I said, one is either climbing up or down, and then talking about his aesthetic sensibility, told her how it owed an affiliation to the ideal of being perennially in process. His website ‘home’ declares: ‘This site is permanently under construction.’ And in an immediate case of a transferred epithet, I was reminded of Tagore’s own relationship with ‘homes’: he could not live in one house for a long period of time, either abandoning it temporarily for long-distance travel, or, when that wasn’t possible, just rearranging the furniture in his room. His ‘home’ too, in that sense, was ‘permanently under construction’.

Consider his optical aesthetic. In a brilliant chapter in Clearing a Space, Chaudhuri writes, ‘By the second half of the nineteenth century, the importance of light and space as both metaphors of, and habitations for, the human self, or ‘the substance called the mind’, is absolute, especially with Tagore, who, in a letter in 1894 to his niece, would demand, not political freedom… but ‘more light, more space.’ With the waning of religion and the old self, light becomes logos… The first and obvious example of this is Tagore, whose first name, by which he’s usually invoked in Bengal, means ‘lord of the sun’ … The other, later, equally recognisable figure from this narrative whose name and profession have associations of reason, the human and the luminous, is the filmmaker Satyajit Ray…The notion of light as the primary ingredient, indeed, the fundamental aesthetic, of cinema was crucial to Ray… Both Rabindranath and Ray, custodians of illumination, separated though they are by about three generations, are products of the Brahmo Samaj… in the Samaj’s dismantling of the old religion, its intention of replacing the inherited sources of validation with, in effect, logos, and the new moral weight it places on ‘seeing’… the embrace of light brings with it a privileging of the eye: thus, ‘Alo amar alo ogo’… ‘Light oh my light, the light fills the earth,/ My eye’s washed by light, my heart’s vanquished by light.’ … Ray’s first film, Pather Panchali, has, early on, the apotheosis of the boy Apu’s eye, shut as he pretends to sleep, opening onto the world (a moment cherished by Kurosawa) in the next frame. Thereafter, this open, staring, meaning-profferring eye will recur in a number of guises in Ray’s oeuvre: as the tear in the curtain in the young Apu’s tiny rented rooftop room in Calcutta in Apur Sansar; as the slats in the Venetian windows and the binoculars in the heroine’s hand in Charulata.’

It might be worth spending some time on Chaudhuri’s ways of seeing. Let us take the first poem in St Cyril Road… Titled ‘The Village’, it operates as a slideshow of ‘pictures’: ‘It hangs upon the wall inside my room… / It’s painted on an ochre background. Two white, two grey/ afterthoughts are clouds or a mass of clouds./ Below this, there’s the Heath, but to those people/ who haven’t seen the Heath (as once I hadn’t),/ it looks like a village…’ (my emphases). Chaudhuri’s gaze shifts continually between the painting on the wall to the imagined ‘warm, freckled hands’ that would have painted it. ‘What does the self look out on; what does light illumine?’ asks Chaudhuri in Clearing a Space. And then proceeds to explain: ‘Space, of course. Space is figured in Tagore by a number of synonyms: among them, ‘shunya’ or ‘the empty’, ‘ashim’ or ‘the infinite’, ‘akash’ or ‘sky’’. Chaudhuri’s early poems especially are built, almost entirely, out of light. In ‘St Cyril Road Sequence’, ‘I can’t see them’, says the ‘I’, and immediately proceeds to imagine (‘I think of their silhouettes’) in metaphors of light and loss, a late modernist reworking of Tagore’s ‘shunya’: ‘each wakeful image … is a constant loss of itself’; ‘a dark centreless well’; ‘the lonely road crumbles before my eyes’; ‘the vanished divisions of a shut fan’. The presence-absence that operates on the level of the light-no light (not necessarily darkness) cinematic vignette is a recurring feature of Chaudhuri’s early poems: ‘noon is a charged battery, and evening’s a visionary gloom’; ‘streets ogling with fat lights… the sun-forgotten darkness’.

Then there is the element of chance that is common to the aesthetic of these three artistes. ‘In India circumstances almost compel us to learn English, and this lucky accident has given us the opportunity of an access into the richest of all poetical literatures of the world,’ wrote Tagore in a letter to Sturge Moore. On Tagore dwells on the aesthetic of the aleatory—the ‘lucky accident’—in Tagore’s poems and songs. It is clearly one that the writer identifies with. Here he is, talking about his second music album, Found Music: ‘An album had come out, very posthumously, of Hendrix playing the blues; I found myself listening to it. I could hear certain Indian ragas in what he was playing—like Dhani, Jog, Malkauns—not because I’d gone looking for them, but in a way that one becomes aware, one day, of another dimension to an outline: like, for instance, the duck-rabbit, Ludwig Wittgenstein’s famous mutant… reminding me that listening isn’t only about naming, but about accident’. And here is Ray on the need for ‘improvisation’, the welcoming of chance, in Our Films, Their Films: ‘As in Pather Panchali, I find it has helped in not having a tight script. Working in these circumstances one must leave a lot of room for improvisation within the framework of a broad scheme which one must keep in one’s head.’ Clearly, this has been an inheritance of chance though certainly not a chance inheritance.

The three are co-travellers. Chaudhuri takes up a popular Tagore song, O moment’s guest…, and shows how ‘the physical world … is evoked concretely; but the traveller, the stranger, is blurred and indefinite’. Ray would take up the trope repeatedly—the arrival of a stranger or strangers in the films of his early and middle period culminates in, of course, Aguntuk (The Stranger), his last film. Chaudhuri’s first four novels begin with arrivals; in the poem ‘Martin Building, Oxford’, this is how he writes about these travellers—‘Visitors from/ worlds briefly known to our world’.

Of our often suffocating politically correct chambers, where we raise toasts to multiculturalism, play footsie with difference and ignore a parallel tradition of the many hide-and-seek careers of the self, Chaudhuri writes, ‘The idea that polyphony is not necessarily extroverted display, but might involve a long history of ellipses, concealment and self-effacement are, by now, somewhat alien to us’. The many Tagores, the many Rays, and the many Chaudhuris: this is not about being ‘multitalented’ alone. It is about the impulse that had made Tagore call ‘Sriman Rabindranath Thakur’ ‘my close relative’ in his own wedding card, signing it as ‘Sri Rabindranath Thakur’; about his self-portraits; and about his doodle—as Chaudhuri writes, ‘he scribbles on copies of a photograph of himself on a magazine cover, turning one into a feminine likeness, another into a cleanshaven youth, a third to a sea-captain, and a fourth to a prophet’. Likewise, it’s about the many Rays of the films, Feluda and Professor Shonku, and the many Chaudhuris, of Bombay-Calcutta-Oxford, of the poems and stories, fiction and long essays. And, of course, there is the music, a long flow and flux of influences of styles and places—the now easily recognisable adaptations of (and to) Rabindra Sangeet, the brilliant music in Ray’s films, often created out of the most curious found objects (a telephone dial-pad, for instance), a subject the filmmaker writes about in his essay Film Making, and the many different registers that have given birth to Chaudhuri’s ‘Found’ music, now documented by him in a radio talk with the cheeky title A Moment of Mishearing. It is a long trajectory of renewal and recovery—from Tagore’s ‘flute’ to Chaudhuri’s song All India Radio.

On Tagore is as much about Rabindranath as it is about Amit Chaudhuri. The collection must be one of the best readings of the poet, but its importance irests largely on its ability to demonstrate the importance of writers who are readers in the best sense of the word, as part of a larger literary tradition. ‘In dwelling on ‘Indian’ or ‘Bengali’ humanism, I’m not trying to add to the knowledge of variants of humanism in the world, or issuing a corrective; I’m rethinking my, and others’, relationship with creative and critical language, and enquiring after what continues to validate, or neuter, that relationship,’ writes Chaudhuri in Clearing a Space. In this too, his ancestor is Rabindranath: ‘[Tagore] was also the first poet to articulate, to, in effect, fashion an iconography for, the educated Indian’s anxiety about the recovery of the past’. On Tagore reminds us, and we do need reminding, that books are not Saibaba’s vibhuti, they do not come out of thin air, and that writers, like Lazarus, are more like relay batons that travel between traditions.