Indian officials have always been cautious autobiographers. So is Raghuram Rajan 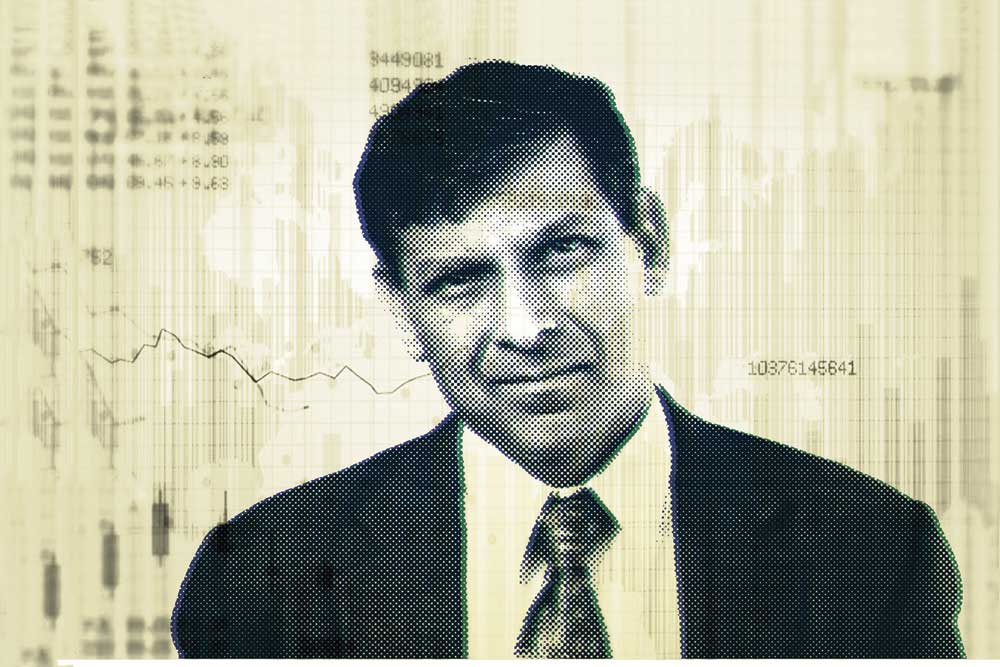 RAGHURAM RAJAN IS among the best and the brightest of India. At 40, he was the chief economist of the International Monetary Fund (IMF). Last year, when he left Indian shores, he had served as Governor of the Reserve Bank of India (RBI) for three years. That he did not go on to serve a ‘full term’ of five years led to controversy. The reverberations of his departure continue today.

If the measure of a person’s attainment is his rank in a country’s governance structure, then Rajan has been very successful. That, however, is an inadequate estimate of the man. His two papers on liquidity, banking and financial risk, co-authored with Douglas Diamond and published in 2001 and 2002, alone are sufficient to cement his academic reputation. There are dozens of that kind. Then there was his famous 2005 speech ‘Has Financial Development Made the World Riskier?’ Castigated at that time, the ideas he outlined, however, proved to be prescient in 2008 when the financial crisis hit the world.

Rajan is not alien to book-writing. In Saving Capitalism from the Capitalists (2003), co-authored with Luigi Zingales, a book with a Schumpeterian flavour, the duo of Chicago finance specialists outlined the rise and dominance of finance in our world. Managing this requires careful regulation that must not choke financial markets while maintaining close oversight. Unlike ‘slower’ product markets, finance requires a very different regulatory mix. Seven years later, in Fault Lines: How Hidden Fractures Still Threaten the World Economy, Rajan cast a calm look at the greatest economic crisis since the Great Depression. His message was one of unerring caution.

So how does his latest offering, I Do What I do, compare with his earlier work? An impartial assessment of the book has to be negative. Strictly speaking, it is a collection of his speeches as RBI Governor and some occasional pieces written prior to his appointment in India. Each piece is prefaced by a very short—a couple of paragraphs at most— note. An introduction to the book recaps everything. If the form of the book is one issue, the analytical content is another matter: the speeches that Rajan gave as Governor covered a wide swathe of topics from economics to banking to politics. The volume includes most speeches, including his controversial speech on October 31st, 2015 at Indian Institute of Technology (IIT) Delhi, on tolerance and economic progress. In all, the collection of pieces gives a sort of ‘period flavour’ to the text. It would have been much better if the book had a holding essay—say, on the nature of central banking in India—to stitch together all the themes elaborated in it.

That’s a pity in more ways than one. Rajan, as compared with all RBI governors in recent decades, is a fine combination of an academic who understands banking both as a theorist and as a practising central banker. This is a rare amalgam that is restricted to no more than a handful of people in the world; the only others who come to mind immediately are Janet Yellen, current chairperson of the US Federal Reserve, and Stanley Fischer, the Fed’s vice-chairperson and a former governor of the Bank of Israel. If there was one occasion to write a book about Indian central banking in all its complexities, I Do What I Do was one. It is not that book.

What’s missing in the volume? In any book penned by a central banker, especially one who has served in India, one does not look for salacious details of the relationship between the Governor and the fiscal authority. It goes without saying that any ‘nugget’ is liable to the danger of being interpreted that way. But if one leaves that aside, the political economy of the Government-RBI relationship remains a virtual black box. If the RBI has displayed a welcome independence in setting monetary policy— something that is rare in the developing world where there is little freedom for economic institutions from political interference—its relationship with the Government has been fraught. Is this due to de facto independence being a more recent phenomenon in the RBI’s 82-year history? How does one model these political and economic interactions?

Central bank governors are watched carefully and what they say is parsed line by line, word by word. There is an entire industry devoted to this task. It sounds fanciful but it is true that when a central bank governor says something, markets move. That explains their usual caution, which is almost second nature to them. But surely an RBI governor who often waded far away from the strict territory of central banking can say something— analytical at least—about the interaction between the Government and the RBI? The October 2015 address at IIT, mentioned above, sketched in fine mechanistic detail the link between tolerance and economic progress. A similar piece or two on the RBI would not have been out of place.

It is unfair to speculate, but a hint can be discerned in the book’s introduction. Rajan writes, ‘I did not want to intrude on my successor’s initial engagement with the public, so I determined to stay silent on India for a year. This book will be published after that year is over. Also, while I have tried to explain my rationale for various speeches and actions through linking commentary, I have respected the privacy of conversations I had with various public figures.’ One is forced to conclude that the former Governor’s extraordinary sense of caution has prevailed in his latest book.

In this, Rajan’s book belongs, for the lack of a better expression, to the genre of ‘RBI memoirs’. This type—Governor D Subbarao’s memoir is another example—explains the events of the author’s tenure while exercising care not to evoke controversy. The difference often is one of style. If one offers a careful interpretation of events, the other lets his speeches do the work. What is lost in the bargain is informed analysis and something original about India and the working of its institutions.

Lest this be considered a hostile interpretation, one only has to look around to discover examples. Kaushik Basu, another gifted theoretician, wrote a book some time after he had ceased to be Chief Economic Advisor. In An Economist in the Real World: The Art of Policymaking in India (2015), he dwelled on many themes but took care not to cast that hard analytical gaze on contemporary subjects for which he is famous. His book, too, was a collection of previously published papers interspersed with interesting commentary.

The question that needs answering is this: what is it about Indian official life that instills a certain sprit of hesitance while writing? Indian audiences do not seek gossip—sure, there may be some people wanting that—but thoughtful analysis of the events in which these scholars have participated. One can write treatises on central banking and economic policymaking, but how about some analysis and modelling based on Indian material? There are no signs of that yet.