The complex evolution of cultures and societies in the Deccan 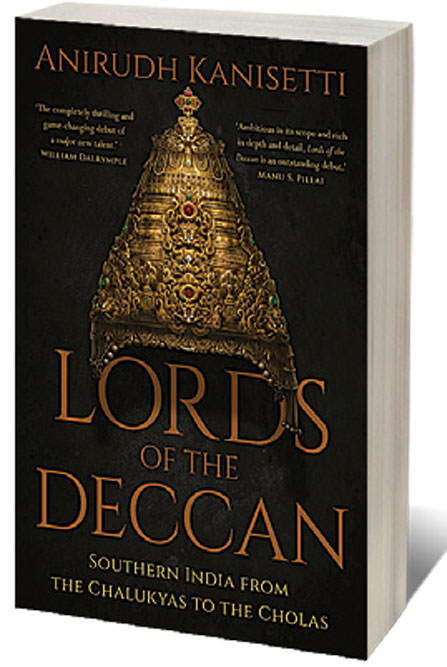 Lords of the Deccan: Southern India from the Chalukyas to the Cholas Anirudh Kanisetti
Juggernaut
480 pages | ₹ 699 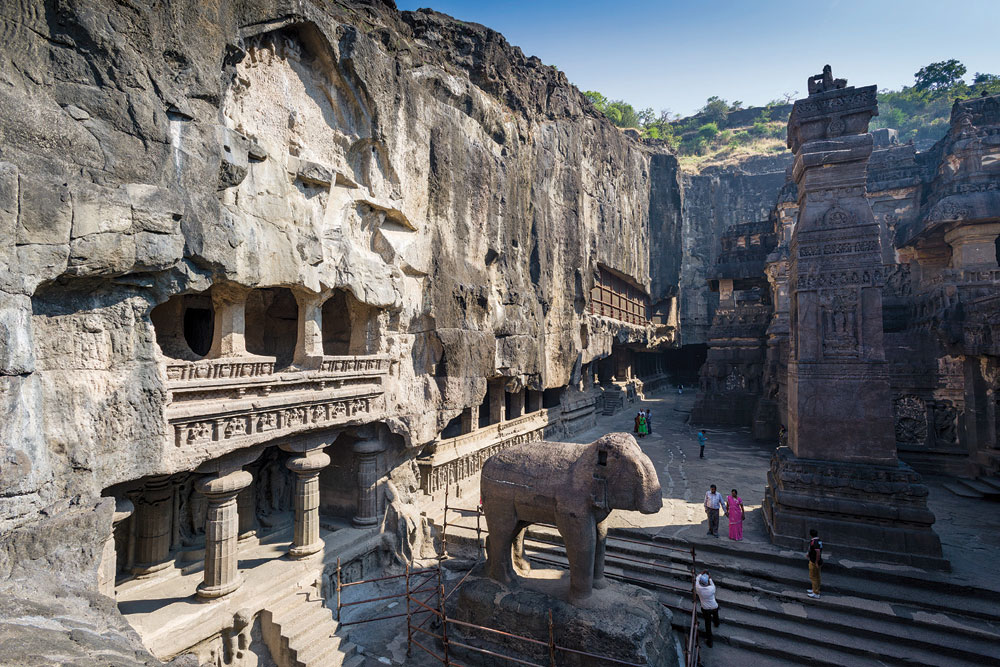 
DEBUT AUTHOR Anirudh Kanisetti has big ambitions. He wants to entice young Indians to read about a relatively obscure swathe of Deccani history and he needs to do so, moreover, as his editor has warned him, while competing against these young Indians’ primary source of entertainment—Netflix. Luckily for readers, young and old, Kanisetti has taken on the task with extraordinary confidence, panache and flair.

Lords of the Deccan covers the area of darkness between the end of the Gupta Empire and the rise of the Delhi Sultanate, two “imperial moments,” which Kanisetti believes unfairly capture the public imagination in India. Instead, the author takes us to the Deccan between the 6th and the 12th centuries CE, and shines a searing and entrancing light on the Chalukya, Rashtrakuta and Chola dynasties. These 500 years begin in the Deccan in smoke and fire, with a group of somewhat ill-kempt agriculturists performing the great Ashvamedha Yagna to claim for themselves a more exalted lineage, thus using Vedic symbology to shore up their admittedly tenuous grasp on rulership. As the book spins through the centuries, however, Vedic sacrifices, expensive and too ephemeral to be of practical use to would-be-kings, are abandoned in favour of temple building and idol carving and slowly the dreams of Kailashanatha temple at Ellora are conjured up. From the scrappy, hard-scrabble lives of the early agriculturists we see how complex cultures and societies evolve, powered by trade and geopolitical links in distant shores, with borrowed gods and imposter titles and seductive poets.

Lords of the Deccan is a world away from the drab texts of our childhoods, or indeed many current scholarly tomes. One of Kanisetti’s great skills is to tease out the details that bring to life a long dead king or a disappeared place. So, when writing about the Malwan monarch Vakpati’s sobering end at the hands of the Chalukyas, Kanisetti writes that “his once-glorious moustache torn and yanked, his fair skin probably splattered with mud and excrement,” Vakpati is dragged to the public square and beheaded, and the reader will not so soon forget this once-obscure monarch. In writing about the creation of the great temples at Ellora, Kanisetti reminds us that there were builders, chisellers, blacksmiths, ironsmiths and more, and that they were legion and they are forgotten while the great patrons are celebrated. And so Kanisetti evocatively creates a world peopled with beings not so very dissimilar from us, with their pedestrian worries and tender loves. Their shadowy presence flickers for an instance in our imagination, and they are our true ancestors.

This early medieval world, however, is a violent place in which no one is spared—not the gallant war elephants nor the high-born princesses. Kanisetti does not baulk at uncomfortable truths, and describes the destruction of temples and the mass rape of Brahmin women by a Chola king, in one instance. Indeed, the capture of women in war raids is dismayingly common and “it is rare,” writes Kanisetti, “to find a medieval king claiming to respect women as people.” This awareness of the need to tabulate the women, even when it is to record their absence, is altogether too rare in history writing. Power and religion, explains Kanisetti, go hand in hand and despite a recent desire for simple binaries, this ancient world defies all such facile categorisation. Kanisetti expertly decodes the symbology of architecture, of poetry, of titles, of rituals and language, to show us a world in all its complex beauty, ambition and violence.

The procession of endlessly warring monarchs and their unsatiated greed can become a bit bewildering for the unfamiliar reader sometimes. It would also have been wonderful to have had a few colour plates to complement the vivid descriptions. But these are faint mutterings. In prose that is lucid, witty and entertaining Kanisetti has created a mesmerising world, every bit as seductive as any Netflix offering.