Phantoms of the Mind 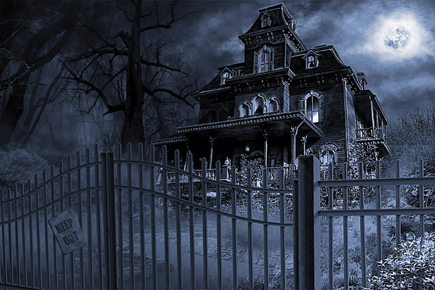 
It’s the time after World War II. England is witnessing changes, socially and politically. The great class war is at its final frontier. The peasantry and working classes are making their surges to climb the social ladder and enjoying education and economic success. England is also introducing the National Health Scheme. The old professional order will give way to a nationalised structure that may bring down the standing of local physicians in their counties.

The Little Stranger is an elegy to an old order. Nothing personifies it more than Hundreds Hall, a handsome Georgian mansion set in rural Warwickshire that itself is a silent, looming primal character in the novel. It’s obvious Hundreds has seen better days, but in the early 1940s its glory is dimmed, its gardens overrun with weeds, the beauty of its parlours and rooms dulled by crumbling plaster and broken cornices, its long corridors now musty and gloomy with unspoken terror and despondency. The glory of the mansion is now reduced to darkness and spookiness.

A pall of gloom has settled on the inhabitants of the mansion—the family of Ayres who struggle to hold themselves up in their genteel circle, thwarted by dwindling finances, misfortune, and perhaps a secret the family doesn’t want to acknowledge. The elder Mrs Ayres is widowed and depressed, her daughter is the unattractive and work-worne Caroline, and the 20-something son Roderick is a squire bereft of his title, disabled by a wound in the war and struggling to run the huge estate. And then, there’s a long departed child whose death and ghost comes to life to haunt the residents.

Waters is a master wordsmith, building the story with deliberate details. And she doesn’t disappoint in introducing traditional elements of horror, like fevered young maids, creeping shadows, noises in the dark, blood stains and disappearing messages and warnings.

And Waters serves up her trump card with chilling authority. The narrator Dr Faraday, unlike most protagonists that readers would like to trust, is gloomy and dull. Waters doesn’t give a physical description. He remains a 40-something bachelor, with not much of a love life and no promise of a career. He remains an eerie presence whose memories of the mansion border on doomed desire, a working-class emblem who has witnessed the mansion in all its aristocratic glory as a little boy and yearned to possess it physically.

At the end of the novel, the footfalls that echo frighteningly across the empty vastness of the mansion are that of a spirit whose malevolent desire is fulfilled by inhabiting a haunted mansion all for its own. Chilling stuff. Keep the lights on at night if you want to read this to the finish.