Perumal Murugan: Down to Earth 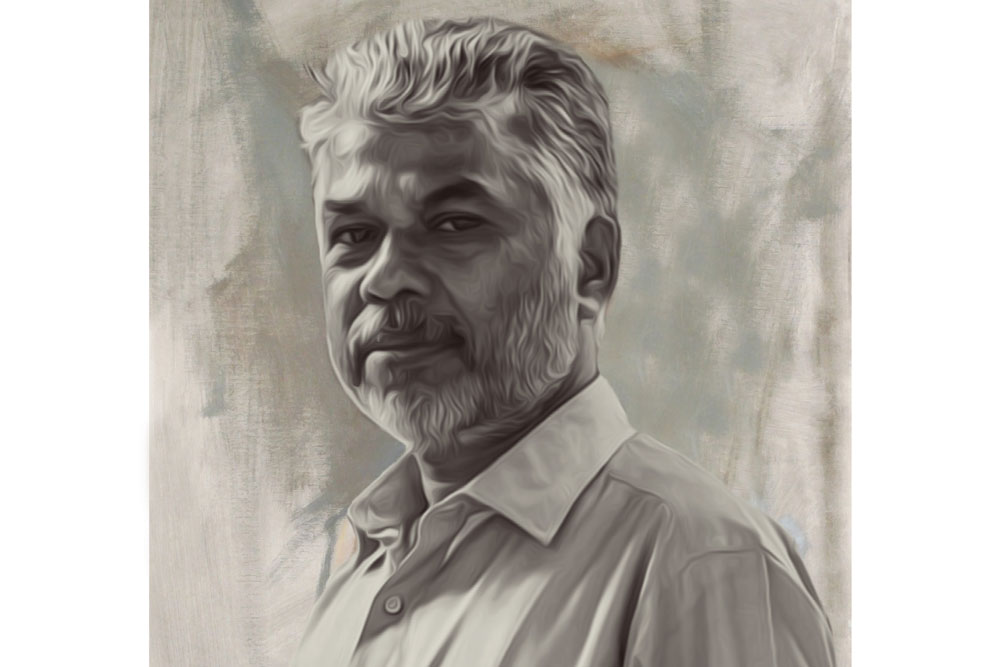 A MAJOR REASON WHY we treasure fiction is for its offer of freedom: the pleasure of living in a worked-up moral universe not our own. Fiction reminds us of the plasticity of our own consciousness: after only a few pages of acquaintance, we are able to identify with the point of view of one or several characters. Even if they themselves seem trapped or bound down by a family, a situation, a city, or their own natures; in living vicariously through them we experience their world as a space of freedom and meaning, an enlargement and deepening of our own sense of life and of patterns of cause and effect. No serious reader deeply stirred by a novel ever quite relinquishes the trace it leaves behind, and when those novels do not supply a neat closure, we often ‘carry on’ the lives of the characters in our own minds beyond the point at which the writer left them. Having once made the story the object of our reading, we now make it a part of our reading of life itself: perhaps the greatest compliment we can pay a writer.

Certainly the Tamil writer Perumal Murugan proved himself worthy of just such veneration—while also leaving us tantalised with the sense of a book having ended when the story had in a sense only just begun—with his 2010 novel One Part Woman (in Tamil, Maadhurbaagan). Set in a village in western Tamil Nadu sometime in the early part of the twentieth century, the book unfolded in a torrent of exquisite, empathetic detail the predicament of a peasant couple, Kali and Ponnayi, deeply (and for those around them, often provokingly) in love with each other but unable after 12 years of marriage to conceive a child.

Although Kali and Ponna are utterly rapt in each other, the norms of the world and the tongues of people around them always remind them of what is missing from their lives. The child-shaped hole in their existence is brought up in nearly every social encounter and finally in their own dealings with each other, although never to the point of breaking the bond between them. If anything, Kali is repeatedly counselled to take a second wife, but refuses to do so. Instead, he grows ever more reclusive, spending all his hours in the barnyard that lies a little distance from his home, tending his fields and his animals. Meanwhile, Ponna internalises the world’s reduction of her subjectivity to her childlessness and turns every topic to the question of children: ‘The plant that we plant grows; the seed that we sow blooms; is it only me who is the wasted land here?’

When all patience and propitiation has been exhausted, one final option, if extreme, presents itself. At the popular annual chariot festival of the half-male, half-female god Ardhanareeswara—in his encompassment of both sexes into one whole the very emblem of conjugal felicity—in the nearby town of Thiruchengode, there opens up on the final night an abandonment of all norms and the erasure of identities. Then, any man and woman may consort with one another in the dark, and children born of such encounters are held to be bestowed by the God himself. It is suggested to both Kali and Ponna by her own brother Muthu that she journey to the festival all alone to find a man on this night to be impregnated by him. It is very hard for her to contemplate this act of tawdry yet transcendent adultery, but she wonders if she would do it if her husband gave his permission.

The tension between the present and the future, the individual and the couple, between sexual fidelity and the need for children, is thus strung by Murugan to the highest pitch. In the end, as the result of a misunderstanding orchestrated by Muthu for what he believes to be a good cause, we see Ponna going to the festival and being seduced by a man believing her husband has discreetly consented to it, and Kali belatedly discovering what he then takes to be the greatest of all betrayals. One Part Woman ended with an image of Kali, drunk and devastated, in the very barnyard where he and his wife had spent so many happy hours, and looking up at the portia tree that he himself had planted many years ago—the most prominent motif in the book: a symbol of pleasure in the natural world, of Kali’s own capacity for creation and nurture, of the passing of time, and of the slow ramification of events. What would happen next? Would he take his own life? We were left adrift at this point.

Exhilarated by his own story in One Part Woman and unwilling to take leave of his characters, Murugan has come up with not one but two sequels, Trial By Silence and A Lonely Harvest

It is clear Murugan himself was exhilarated by his own story in One Part Woman and unwilling to take leave of his characters. For in the years that followed —years in which, in an echo of the victimisation of his protagonists by the society they live in, he himself nearly gave up writing fiction because of attacks on him by Hindu right-wing groups outraged by his portrayal of the chariot festival— he came up with not one but two sequels, now ably translated by Aniruddhan Vasudevan as Trial By Silence and A Lonely Harvest. What is thrilling about this follow-up is that the books are not contiguous. Instead they audaciously take advantage of the freedom that fiction allows and life does not, and explore two versions of events arising from the same narrative crux: Kali and Ponna sundered by the eruption in their lives of a single night’s events and their consequences. Some events are common to both sequels—in both, for instance, Ponna discovers she is pregnant— but the narrative scheme allows us, in effect, to choose a path on a fork on the road, then come back and take the other one.

In Trial By Silence, we see Kali where we left him, now attempting to kill himself by hanging from a noose on the portia tree. But his mother arrives just in time and saves him; shortly afterwards Ponna arrives home from her night at the chariot festival and is shocked both by his brush with death and by her discovery that he had never given his consent. She is branded a whore by her husband, who refuses to touch her or converse with her and retreats into a private universe, stewing and suffering silently in his barnyard with his animals and becoming even more estranged when it turns out she is pregnant. Ponna herself cuts off all her ties with her own family for having plotted the destruction of her marriage; in this way an entire web of connections is broken up.

In A Lonely Harvest, however, Kali succeeds in killing himself; the grotesque details of his grimace at point of death and his cadaver are no less unsettling in light of the knowledge that he continues to live in another book. Ponna is left a widow with a small farm, an aged mother-in-law, and (soon) a child in the womb. But she refuses to leave the barnyard where Kali spent all his days and in fact moves house there, seeing his presence in every small detail and especially in the portia tree. We are thus made spectators to two kinds of tragedy. In one, we see how lonely and riven two partners in love and domesticity may become while keeping up a kind of perfunctory life in the world together; in the other, how the desire to perpetuate life results instead in the snuffing out of a life and in the desperate efforts, pervaded by regret and yearning, of those left behind to patch together an existence that will never yield the pleasures of the past.

What is thrilling about this follow-up is that the books take advantage of the freedom that fiction allows and life does not, and explore two versions of events arising from the same narrative crux

NOWHERE IS Murugan’s mastery of his material more evident than in his depiction of space as a reflection of human personality and his intricate inter-braiding of the human and natural world. In a seemingly artless, low-key ‘village prose’ that is nevertheless limpid and expressive, he makes us partners in the peasant’s endless round of chores, showing how in his imagination the possibilities of trees and soil, birds and beast, water and stone, sun and season, are channelled into mutually supportive combinations. Raising livestock and working his fields in One Part Woman, Kali is a master of creation who is yet mocked by the world for being impotent; then in Trial By Silence, his decision to abandon his crops and cattle and let everything decay around him in his beloved barnyard becomes a metaphor for the blighting of his mind by the plague of cuckoldry; then in A Lonely Harvest, he kills himself in the very same haunt and the control of the space passes over to the two women of his house, who in taking it over and adapting it to their own needs and capabilities discover its pleasures all over again while finding in it disturbing hints of his presence.

There is much to admire also about the equity of empathy distributed by Murugan between his male and female protagonist— sometimes expressed in the very shape of the story, in the form of chapters alternating between their respective viewpoints. And, given his own starting position, his extraordinarily layered and lucent exposition of female subjectivity and agency in the characters of both Ponna and her mother-in-law Seerayi give the lie to what has regrettably become an axiom of some strands of modern gender politics and by extension feminist literary criticism: that male writers can never write portraits of female characters without in some way projecting their own anxieties and assumptions onto them. (If the only identities we could depict truthfully were those of our own gender, class, caste or religion, there would be no point in writing fiction in the first place.)

If anything, the most powerful emotional effect of the book is the sense that in their long years of mutual adoration and affectionate mockery (of which many lovely scenes fleck all three books) both Kali and Ponna have become, like Ardhanareeswara, half-man and half-woman, able to treat gender not as an island but as a bridge to the other—and, as an extension of the same experience of reaching out, to marshal imagination and memory as an antidote to pain and even make memory a substitute for embodied presence.

‘She pervaded his thoughts,’ we read in One Part Woman. ‘She came to occupy them so much that he could tell her every movement and gesture.’ And in a startling scene in A Lonely Harvest, we see Ponna going into the fields after Kali’s death and finding a brinjal patch that had been lovingly planted by him. The result gradually metamorphoses into the cause; creation back into the creator. ‘Ponna caressed the bristly stem of the brinjal plant. It felt like she was caressing his arms. She held the stem against her cheek. Definitely his hand…. She kept walking through the plants. How many hands did he have!’

Murugan’s Kali-Ponna trilogy is one of the essential experiences of modern Indian fiction.