On top of the World

Alex Honnold has redefined rock climbing, and our understanding of fear 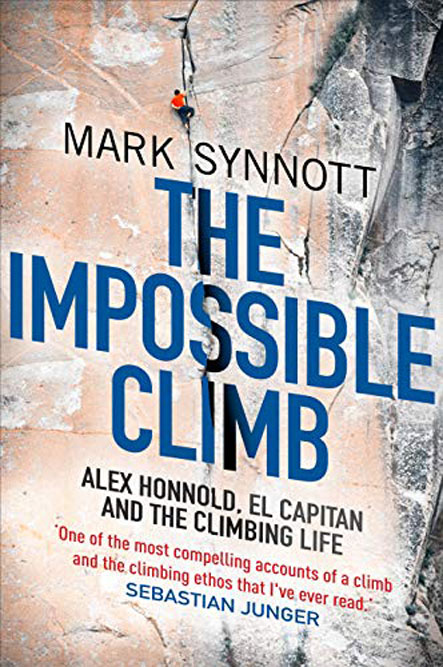 There’s a good chance that few understand the art Alex Honnold practices. It’s what makes Mark Synnott’s The Impossible Climb a refreshing read, to get a look into the world of an unconventional yet incredibly gifted athlete, who has redefined the sport of rock climbing.

First the facts—free soloing involves climbing rock faces, without the use of any ropes or protection. It’s a style that a few climbers such as Honnold have dared to practice and even fewer, who’ve survived to tell the tale. The risk factor is apparent—one slip will lead to certain death and if lucky (or otherwise), more than a few broken bones.

At the heart of the book is Honnold’s bold climb up El Capitan—a 3,000-ft rock face, which has drawn climbers to Yosemite National Park in the US over the decades. It was also the subject of the Oscar-winning documentary, Free Solo (2018).

In June 2017, the 33-year-old stood at the base of the climb and after 3 hours and 56 minutes, set a new benchmark in the world of free soloing. Yes, he climbed the 3,000-ft wall without a rope! The hours of practice and the mental preparation is one aspect of it, but what makes the book a standout read is understanding the person that Honnold is and the philosophy behind taking on a challenge that puts his very survival at risk, each time he takes on a climb. And which, at times, is simply ‘like walking up glass’.

Honnold started climbing in an indoor gym like most others, before dropping out of college to embrace a dirt-bag lifestyle, while travelling across the country and living out of his minivan. Call it an inherently shy personality or an upbringing that lacked social intimacy, he was most comfortable in his own company and while climbing alone—a style that has stayed with him for most projects that he’s taken on over the years.

In between Honnold’s story, Synnott weaves his own journey into the world of climbing as a child through the ‘Crazy Kids of America’ club. Just like Honnold, he followed an itinerant lifestyle while travelling to various climbing locations across America, mostly penniless. Their exploits were soon recognised by an adventure brand and the sponsorship eventually gave them some breathing space to focus on climbing projects around the world. Along the way, Synnott had the opportunity to meet another revolutionary Alex Lowe—whom he fondly remembers, especially the adventures shared on the Trango Towers in Pakistan, before his untimely death in 1999.

The book provides great insight into how climbing shaped up, particularly in the Yosemite Valley in the late 70s, through a perverse yet determined bunch of climbers called The Stonemasters. They, in turn, were the inspiration for the next generation, christened Stone Monkeys. And besides the stone walls that they flourished on, Synnott talks about a way of life where it was the norm to ‘stay stoned much if not most of your waking moments’.

Synnott documents the revolutionary climbs of key figures such as Royal Robbins, Warren Harding, John Bachar, Peter Croft, Tommy Caldwell and Honnold’s idol and rival, Dean Potter. The chronological progression of climbing gives a good idea of just how the sport was redefined by a few characters, who pushed the envelope to show just what was possible. That graph reached its zenith in 2017 with Honnold’s climb up El Capitan.

But what exactly does ‘fear’ mean to someone when he’s half way up a wall, with the only way out being towards the top or a long drop to the floor? Synnott also sheds light on what keeps Honnold ticking through science, while looking to explain his relative indifference towards risk.

There’s a method behind the madness that Honnold is all too familiar with, though Synnott writes that it was ‘almost unbearable to watch’ while standing at the base of the mountain. It’s the same drama that he recreates in this thoroughly engaging read.