Stories of new Indian youth who don't accept that they are born with a handicap of caste, village or class 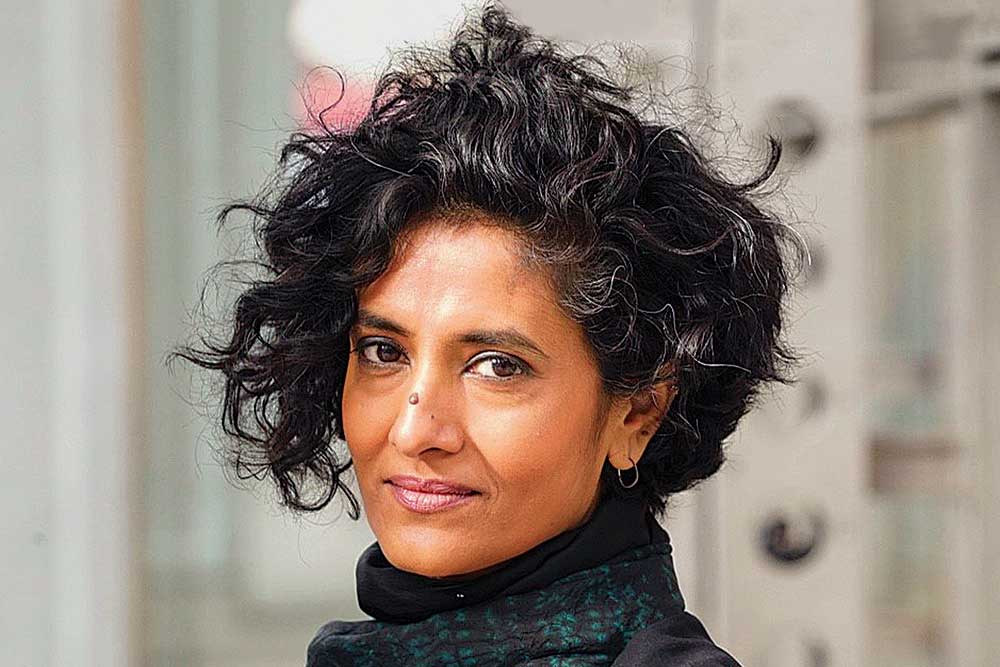 MUCH WRITING on India is akin to the five blind men feeling up an elephant. Most writers, with notable exceptions, are unable to grapple with the Indian kaleidoscope and its million ever-changing mutinies; so they write rah-rah-rah about India’s economic potential or its emerging superpowerdom without bothering to tell us a good yarn or two. To borrow Isaiah Berlin’s metaphor, non-fiction writing is like a hedgehog, digging deep in a narrow area to reach a fundamental truth, while fiction is like a fox, jumping all over the place and connecting the dots to give a picture of the universe. That our writers have failed at both has allowed political demagogues to step in and construct our narratives. Foreign writers are no better: so sensory-overwhelmed are most that they waste their energy on exhausted tropes before moving on.

Somini Sengupta’s The End of Karma: Hope and Fury among India’s Youth is thus a breath of fresh air. This engrossing, well-written collection of seven interlinked pieces of reportage deal with stories of the new Indian youth, whose aspirations are embodied by the demand-and-seize drive of Prime Minister Narendra Modi; no longer do they accept that they are born with a handicap of caste, village, or class— hence the title. She even gives these youngsters a name, with a hat-tip to another India émigré, Salman Rushdie—if ‘midnight’s children’ typified attitudes of earlier generations, then ‘noonday’s children’ typifies today’s youth.

Born in Kolkata, Sengupta’s parents moved abroad when she was a child, eventually settling in California. She grew up to be a New York Times foreign correspondent, working in war-torn Congo and Nigeria before she arrived here as bureau chief a decade back. No enigma of arrival for Sengupta: rather, it was a time of deep exploration, not just of the janmabhoomi but also of the self.

And, at 40, she became a mother. Here. ‘This book is very much an effort to understand the India that gave our daughters to us,’ Sengupta writes. ‘… becoming a parent changed the direction of this book entirely. It made me want to see India through the eyes of its young. It made the fault lines clearer.’ This explains the balance of tenderness and no-nonsense in her writing; she has a Bengali mother’s attitude to ‘noonday’s children’, while her craft has an American diligence and industry.

The seamless way in which Sengupta interweaves the personal with external narratives is in contrast to some books this year (and earlier) wherein lesser writers have done a poor cut-and-paste job of placing the personal within a historical context. Of course, the book took time in gestation and labour, as she confesses, and this only bolsters the argument that good writing must never be hurried—much of contemporary writing reads as if the author wanted to quickly wind it up instead of allowing a proper ending to take shape.

The collection grew out of reportage Sengupta did for the New York Times. The fact that she returned and followed- up the stories warms an editor’s heart. Too many times has this reviewer told his journalists that reportage that wins awards internationally is often comprehensive follow-ups (but to little avail).

Sengupta’s book also highlights what superb writing is coming from Indians who are not resident in India (or, as she quotes an editor, are ‘not required in India’): Siddharth Mukherjee and his The Emperor of All Maladies; Anand Gopal, whose Afghanistan story, No Good Men Among the Living is the best; Akhil Sharma, whose bittersweet Family Life just picked up an award; Sunjeev Sahota, whose The Year of the Runaways missed him the latest Booker; and so on. Resident Indian writers must ponder why it is that less than a handful of us write anything transcendental.

The End of Karma begins the moment Sengupta’s father leaves his modest government job, when the Emergency is announced, and takes his family abroad. Though the book does not have a definitive end-point, the collection culminates with Modi assuming power.

In between there is Anupam, in a Patna slum: ‘Also for as long as he can remember, Anupam has wished not to be his auto-rickshaw-driving father’s auto-rickshaw-driving son. Since childhood, his single-minded goal has been to outrun that destiny.’ He dreams of joining IIT; despite being hobbled by no electricity and a government school where the teaching is non-existent, he has a not-so-secret superpower: his determined mother. And so, Sengupta writes, in the way of a film: ‘Every morning, at quarter to eight, Sudha packed Anupam a roti-sabji lunch and whispered prayers over his head. The boy left home, bowed to the hooch dealer’s wife, walked past the shuttered snack shops and under the Mahatma Gandhi Bridge, where the auto-rickshaw drivers assembled.’ Right past his karma.

There is Mani, the maid from Jharkhand who works in gated Gurgaon; here the colony boundary demarcates where a young woman is gang-raped, and where a girl-child can play freely while her Ayah sits not on benches—because attitudes don’t change—but down on the ground.

There is Rakhi, the surrendered Maoist who describes a murder she has herself committed. Rakhi has ordered many others: ‘Rakhi’s squad carry out a two-month-long reconnaissance. They discover that no matter where he sleeps, he relieves himself at 6 am every morning at the same ditch. This turns out to be Ashok’s fatal habit. Rakhi orders one of her squad members to wait for him at his morning spot. He is shot dead as soon as he drops his pants.’ But it’s not all doom-and-gloom; at a Maoist show for villagers, ‘One woman held up her baby, so the child could have a better view. Some broke into giggles as the PLGA charged in a line, their weapons pointed at a chicken scurrying across the field.’

The weakest chapter is ‘Stongman: Aspiration Gets into Politics’, which reads as if the author was in a classroom, forced to finish an essay. Perhaps she had a limited interaction with the not-so- young, right-wing broken record known as Shashi Shekhar. She does make some sharp observations though, like: ‘I was struck by how much Putin and Trump, like Modi, drew attention to their bodies: Putin, by riding bare-chested, Trump by drawing attention to the size of his penis.’

That’s followed by a sharply-etched chapter on the naive girls who ridiculed Shiv Sena chief Bal Thackeray’s funeral on Facebook. Sengupta says, ‘Rinu and Shaheen come to symbolize the demands of their generation. No matter how forcefully the state tries to tie their tongues, they holler back’. Besides, noting that India finds it easier to ban a Facebook post than to enforce law-and-order, she says: ‘The trespass of the Facebook girls, the outrage of their peers, and the subsequent judgment by the Supreme Court of India were in many ways an emblem of the pressures that India’s digital generation is putting on its elders.’

Monica and Kuldeep are an inter- caste couple, caught between the rigid conventions of their home in Wazirpur village, and the modernity and aspirations of across-the-road Ashok Vihar. They are murdered by their brothers. And lastly, Varsha is a dhobi’s daughter who balances pressing clothes with school, so that against her father’s wishes she may one day become the police: ‘[Varsha] is a child in an impossible situation. She has gulped the Kool-Aid of aspirational India. Deep inside, she believes she can make something of herself.’

Some readers might quibble that she focuses on just the underbelly of our prospering society; or that she neglects corners like India’s southern tip, or Kashmir, or the Northeast; or that she just doesn’t capture enough of the nation’s aspirations. This is nitpicking: Sengupta readily admits that to tell the story of over one billion Indians you would have to tell over one billion stories— which is arguable, of course, but fair enough.

There are some minor factual errors in less than a handful of places, but they are not enough to dent the solidity of the endeavour. It is a good book, written by a smart woman, and definitely worth a read.

(Aditya Sinha is a senior journalist and writer who has contributed to the recent anthology House Spirit: Drinking in India)