Romancing the wild with a social conscience 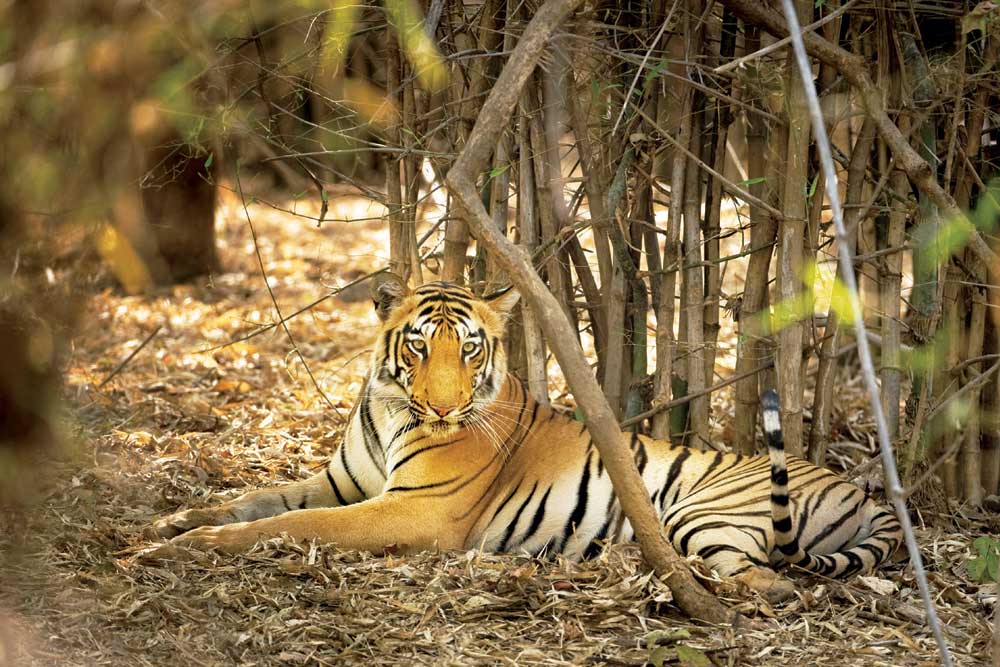 BEFORE RECOMMENDING this book to the average reader, I would like to strongly suggest that it be made mandatory reading for every environment/wildlife TV presenter, producer and natural history redneck before they step outdoors. As for bureaucrats and ministry officials, they need to learn it by rote, forwards and backwards.

Swati Thiyagarajan is environment editor at NDTV and this book is the result of 20 years of experience in making half-hour documentaries on wildlife and wildlife issues. Much more than that, it is a personal account of what she has learned from the wild—and its denizens— and the issues that threaten it. She writes with refreshing candour, pulls no punches and has an ocean- deep empathy for all living creatures, but never dissolves into gushing sentimentality. There is affection, respect and understanding that arises out of experience and observation: Wild animals will tolerate and accept us if we treat them sensibly and—unlike what current macho ‘survival’ experts doing reality shows think—we humans are not number one on their kill list. (She spent two midnight hours in the midst of a pride of frisky adolescent wild lions in Africa and was not torn to shreds.)

The chapters are divided across the species she has covered in India and Africa (where she now lives) and includes tigers, gorillas, lions and leopards, amongst others. Every species has suffered hideously at our hands—and yet there is hope: the lions of Gir and leopards of Jawai in Rajasthan being two examples. Leopards while embodying the very spirit of the wild are yet capable of showing off their cubs to the humans who have raised them (not that raising wild cubs in captivity or getting pally with big cats is recommended).

There are issues that arise: one being the hostility and obduracy that the Government and bureaucracy have repeatedly shown while dealing with these matters. Thiyagarajan writes about the missing tigers of Sariska and Panna—the clumsy relocation attempts at Sariska and the vindictive treatment of expert wild-lifers who dared blow the whistle. And lest we urbanites get too smug, she reminds us that the cup of tea or coffee that we so enjoy may well have cost the life of a child in a village.

But Thiyagarajan is not anti-people: time and again she maintains that the key to protecting our wildlife and wild places lies in the ability of local communities to get along with their wild neighbours, and in cases even make a living from them (through tourism). This can be difficult at times—when, say, your prize crop has been ravaged by wild-boars—but this is where the Government must step in quickly with compensation. There is an understanding too. For example: while the practice of ‘dancing’ sloth bears is reprehensible, Thiyagarajan also points out that ‘it is so easy for us in our comfortable lives to freely wave around words like cruelty, abuse and evil, but if our comfortable lives were ripped away and we were left on the streets, what might we do?’ What is the Kalander community to do if they have no alternative source of livelihood?

The book concludes with an interview with Sir David Attenborough. But the true mentor in Thiyagarajan’s life was her uncle Siddharth Butch, who introduced her to nature on a beach in Chennai when she was a child.

Read this book, and you will want to scoop up your children and take them out to the nearest wilderness or forest for a ramble. Because that is where they too will come ‘face to face with god’ and never be the same again.