‘My Books are not that Great’

Writer Chetan Bhagat on the arduous task of ‘simple’ writing, his Booker dream and on scripting his own Bollywood role 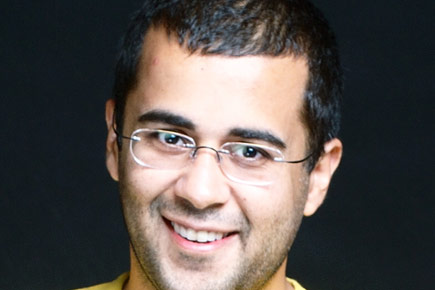 Writer Chetan Bhagat on the arduous task of ‘simple’ writing, his Booker dream and on scripting his own Bollywood role


Q Would you have been a writer if you weren’t such a big success?

A That’s a tough question to answer. I like to write. Success comes and goes.

Q Is success all about numbers?

A No, it’s not. It’s about winning people’s hearts, but it is one way you can gauge success. After three bestselling books, there’s so much expectation with this one [2 States: The Story of My Marriage].

A The first book took me about one and a half years. The next two had a two-and-a-half years and a three-years gap, respectively. I think the next book will be in another three years. It’s been really rapid, I agree. But I worked on six drafts for 2 States, including one that required me to specifically make it ‘simpler’ to read.

Q Are you lucky?

A I am extremely lucky and we all know that. My books are not that great. But they are okay. It’s not that because my book is selling hundred times more than the other guy’s means that my book is hundred times better. But that’s the world we live in. The winner takes all.

Q Do you believe in God?

A If this is not divine, then what is? And it is my point of view. I was sitting in a bank and I was also writing. My book pre-sold 400,000 copies even before its release. This is divine. If you are in tune with God, then you become an instrument of God. I pray every day.

Q You plan to be a screenplay writer…

A Yes. I contributed with the making of Hello and the adaptation of Three Mistakes of My Life. These were my own adaptations of my books. But I plan to do fresh screenplays. Bollywood will not use Chetan, Chetan will use Bollywood. That’s because I am not here to work for some superstar. If they want to make my story, that’s great.

Q On Shashi Tharoor, who launched your book.

A He’s an example for India’s youth. He’s the only minister who tweets. I wonder why so much was made of his ‘cattle class’ tweet. It was a joke and I think people should get over it.