How governments across time have used sedition to suppress freedom 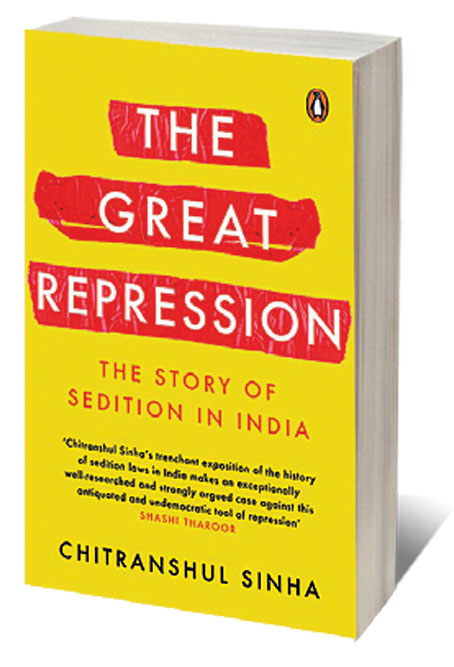 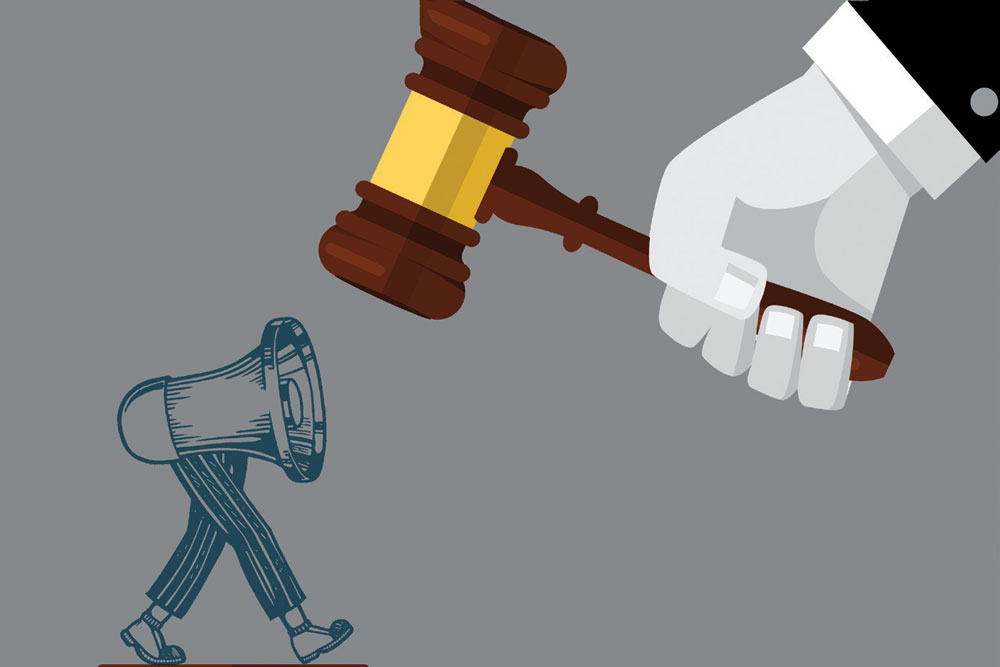 
CHITRANSHUL SINHA, in The Great Repression takes you on a journey through the annals of legal history, leaving you to contemplate what the words ‘rule of law’ mean in the modern-day dystopia. The detailing and the data collected in this book make you understand how sedition has been used as a tool by governments across time, starting from the imperial British government to those in 2019, to suppress freedom of thought of those who dare to question the foundations of their power.

The book is divided into three parts highlighting the evolution of sedition: ‘Origin Story’, ‘Early Life’ and ‘Sedition in the Republic’. The first part discusses the origins of sedition under the British government’s Indian Penal Code of 1860 and the second highlights the use of sedition against the voices in the pre-independence movement along with some of the most famous case laws on sedition which defined the basis of expansions of Section 124A through amendments. The book concludes with contemporary stories of the conflict between the sedition law and the Constitution of India and the former’s widespread misuse by police who often exercise their powers of arrest without the sanction of the government.

The first two parts of the book may seem a little slow and daunting to readers, because Sinha has packed in a years’ worth of data in 50-odd pages. The book discusses the interpretations of sedition by stakeholders at the beginning: the British government, the courts, the jury as well as the lawyers representing those booked under the law, who also evolved an understanding of their own over a period of time. Even the definition of sedition in Section 124A of the Indian Penal Code 1860 was amended multiple times to come to a consensus.

The book discusses the various interpretations made by courts of seditious literature and how multiple publications, their proprietors and authors had to suffer during the struggle for Independence. Take the famous case of Tilak as the editor of his newspaper Kesari, where the judge did not want to definitively rule on what ‘disaffection’ (against the state) meant so that ‘reserving the question would have ensured that the other courts would have been free to interpret ‘disaffection’’. This meant ensuring misuse and restoration of balance to those in power.
At the end of the first two parts, Sinha also subliminally highlights the changing nature of sedition—how it was discussed in the past versus today and how it remains the same—without regarding the facts and circumstances of the case and without looking at whether the offence squarely fits within the described offence in the statute.

In the last chapter, ‘The Road Ahead’, Sinha highlights some of the literature used by judges in the 21st century to describe sedition. In recent memory, for example, the judgment given by the Delhi High Court in the Kanhaiya Kumar case opines, ‘It seems the understanding of free speech has become a ‘kind of infection’ from which students are suffering which needs to be controlled/cured before it becomes an epidemic.’ The book sheds light on the regressive mindset which fuels the misuse of the law of sedition.

At the end of this book, I questioned myself. Armed with the knowledge I had gained on how law enforcement agenices deploy arbitrary ways to arrest on charges of sedition, will I be one of those innumerable nameless and alleged ‘seditionists’, for merely having critical views on the manner in which the Government is running? The prognosis looks bleak, unless we mobilise support in the democratic space to remove this anachronistic and tyrannical law.