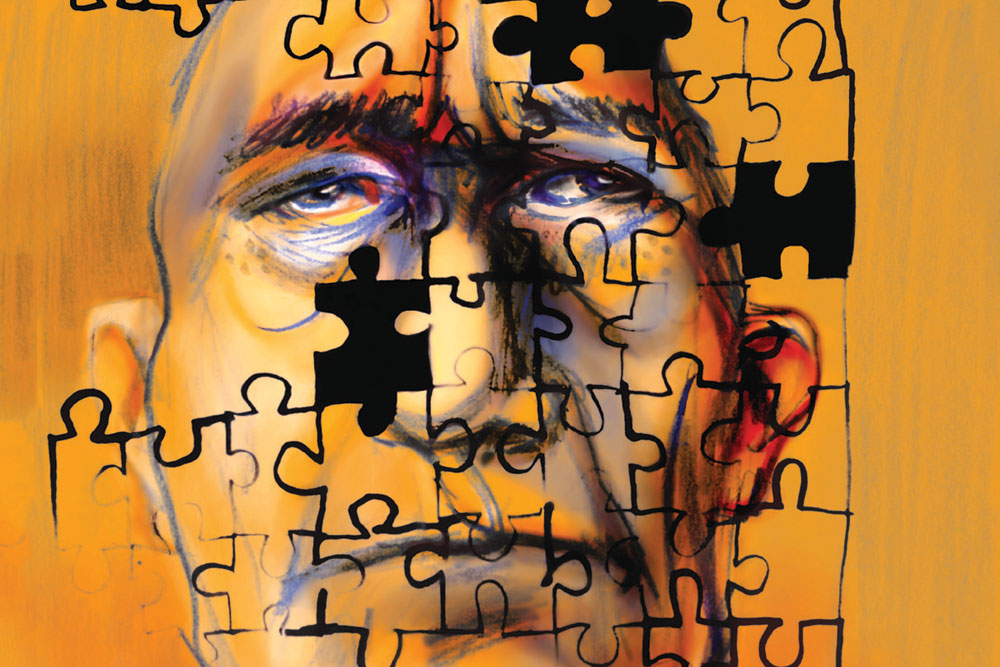 ANIL ANANTHASWAMY, A well-known name in science journalism, has offered two elegant books in one single year on the most fascinating topics that continue to make waves in modern science: mind and matter. Together these two books try to provide a historical perspective as well as an overview of the great revolution that took place in brain science as well as in physics, and of the questions and mysteries that it has spawned.

Man Who Wasn’t There is a borrowed title from a 2001 British- American crime film, as the book is also meant to be read like a thriller trying to locate a mysterious entity called ‘self’. We do not have an easy answer to this fundamental question: ‘Who am I’—a question the Buddha grappled with about 2,500 years ago. Buddhism, a no-self theory, considered the cognitive attachments to the self as being the source of all mental maladies. Later, Advaita philosophy attempted a nuanced way of explaining the concept of the self—as ‘pop-up’ manifestations of the universal soul, Brahman—the eternal non-dual reality. The mystery of the self or consciousness continued to resonate through the ages, and theologies literally had to sweat it out to explain this entity.

Where in the brain, or mind or body is the self or what we call ‘I’, located? How do we explain consciousness? Does Mind- Body dualism, the idea that the mind exists independently of the body—an idea compatible with most theologies, and later formalised by the Renaissance philosopher-mathematician René Descartes—make any sense under the magnifying glass of the modern-day neuroscience? That is what Ananthaswamy has set out find out in this book.

The book’s narrative builds on first-person interviews with patients—with strange mental disorders—and with doctors and researchers. The author also ventures into hospitals and laboratories across the world to gather the latest neuro-scientific discoveries on schizophrenia, autism, depersonalisation disorder, ecstatic epilepsy (which generates a condition bordering on mystical), Alzheimer’s disease and Cotard’s syndrome (a neuro-psychological condition in which the patient denies existence of one’s own body to the extent of suffering delusions of immortality). The findings throw light on the deeper make-up of the brain—whose perturbations within make us not just happy, sad or angry, but also make us wonder about the universe or believe in God and even motivate us to write poetry or compose music.

New insights that have been gained on the big questions about consciousness and the self have resulted in a paradigm shift in brain science. The Cartesian division of mind and body (and the famous Cartesian dictum, ‘I think, therefore I am’) is now considered passé, and much empirical data has recently been collected to prove that not only is the brain part of the body, but the body is also part of the brain. At some unknowable juncture during the continued interaction of the body and mind, the consciousness, which might look like a ghost machine, develops as an emergent property of the ensemble. The Man Who Wasn’t There reads like a medical detective story, and in this Ananthaswamy follows the footsteps of eminent neuroscientists like Oliver Sacks and Vilayanur Ramachandran who also have been at the forefront of reimaging the idea that the brain, body and mind are a continuum.

These two books by Ananthaswamy stand out as excellent examples of how science, without losing its rigour and clarity, should be written for non-specialists

The second book, Through Two Doors at Once, is also about a bizarre state of duality that science struggles to solve even to this day: how can a single particle behave like both a particle and a wave? The double-slit experiment, which forms the bedrock of the second book’s narrative, is a weird experiment in modern physics and cuts right into heart of quantum physics—the science that deals with the nature at the smallest scales of energy levels of atoms and subatomic particles.

In the double-slit experiment, devised originally by Thomas Young in the early 1800s, a train of light waves can pass through two narrow parallel slits, and they expectedly form an interference pattern on a screen placed behind the slits. But light is not just a wave, it is also a particle called a photon. So, when you pass a single photon at a time through the slits, it turns out that there is still a wave present to produce an interference pattern. It is as if this single photon travels through both slits simultaneously—as the book’s title puts it: ‘through two doors at once.’ When you try to set up the detectors behind the slits, the interference pattern fails to merge. Experimenters wouldn’t even know which of the slits the individual photons will pass through. Thus the wave is actually a wave of probability. Does this represent the reality? Going back to the Buddha’s statements on the self, as discussed earlier on the duality of mind and body, aren’t these particles at a fundamental level, also reflecting a conditional reality, completely dependent on the one observing them? Or is it all illusion— maya, as Advaita puts it?

The double-slit experiment epitomises the basic paradox that exists in our understanding of the quantum world: a world inhabited by subatomic particles. These particles are not ‘pebble like’ entities, but they can be termed as ‘quanta’ of corresponding fields, and we might want to treat photons as the quanta of an electromagnetic field. They pop up suddenly and disappear according to the strange laws of quantum mechanics. How can a single photon behave both as a wave and a particle? Are there hidden aspects to reality? Does the world split into two each time a particle goes through the double slit? Ananthaswamy explores those ideas while informing us about the evolution of the theory of quantum mechanics and the key players who developed it.

One of the modern theorists of quantum mechanics, Steven Weinberg in his latest book compares quantum superposition, in which a particle has two states at once, to a musical chord; when measurement collapses the particle to one state, it ‘somehow shifts all the intensity of the chord to one of the notes, which we then hear on its own’. The imagining of two paths and two doors that are superposed is what make the eponymous Schrödinger’s Cat dead and alive at the same time, a famous thought experiment that carries the essence of the quantum world. Many great minds—Albert Einstein, Niels Bohr, Paul Dirac, Werner Heisenberg and Erwin Schrödinger, Max Planck, Louis de Broglie, Richard Feynman, to name a few—have grappled with this double-slit mystery. Ananthswamy ends his book, mainly a product of his detailed interviews with the scientists who are still in the job of confronting this most challenging riddle in physics, with these words: ‘Physics has yet to complete its passage through the double-slit experiment. The case remains unsolved.’

Ananthaswamy’s books are written for those who know little or nothing about modern science and his knack for capturing a complex concept in succinct, unforgettable images help a lot in communicating science, and that too with commendable eloquence and style. These two books stand out as excellent examples of how science, without losing its rigour and clarity, should be written for non-specialists. I will end this review with the arresting words from an essay by Carlo Rovelli, a renowned physicist who also writes some lovely prose: ‘Here, on the edge of what we know, in contact with the ocean of the unknown, shines the mystery and the beauty of the world. And it’s breathtaking.’ We need to thank Ananthaswamy for taking us along in this breathtaking journey to the edge of what is known and also to be able to see the vast ocean of the unknown that casts a spell on us.