Meena Kandasamy talks about politics, parenthood and her new novel 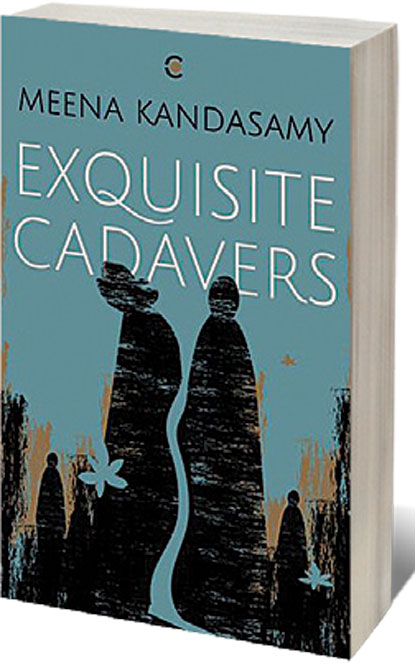 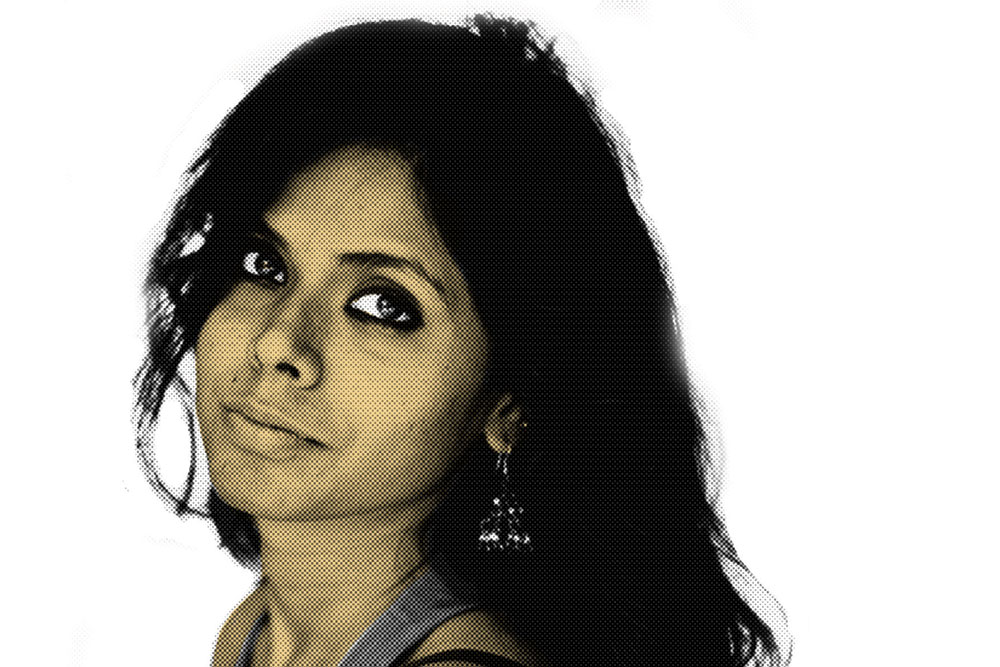 
IN 2017 AFTER Meena Kandasamy published When I Hit You, a novel about an abusive marriage, people quickly assumed it was entirely drawn from her own experiences of intimate partner violence.

In her new novel, Exquisite Cadavers (Context; 128 pages; Rs 399), Kandasamy deals with this in the preface: ‘I felt annoyed in the beginning and later angered that as a woman writer I was not even given the autonomy of deciding the genre to which the book I had spent years writing, belonged.’ It stung.

She says, via email, why this might have happened, “If you are a woman writer, it is a bit of the literary world’s equivalent of mansplaining.” “There is the assumption that women have written some brilliant pieces of writing because they lived through it, rather than, they wrote brilliantly in spite of having lived through it. Then, there is gatekeeping. There is something fundamentally loathsome and gossipy if you go and tell a writer who calls something autofiction, or a novel—No, that’s not a memoir, that’s nothing but your story.”

Her new book, began as a response to this unfair mischaracterisation, an attempt to write a story as different from her own. Exquisite Cadavers looks at the life of a young, London-based couple, navigating love, politics and parenthood, but in the margins, another narrative is in progress. Here Kandasamy carefully documents her circumstances surrounding the writing, she reflects on the thoughts behind developments in the main story, as if to deliberately show the separation of the life from the work and to construct “a means of escape”. The marginalia covers everything from her relationship with her parents to communist movements, the Pollachi rape case, rents in London to her activist work.

At about 100 pages, this is a tightly packed experiment in literary fiction, toggling between life and art, the margin and the centre, stories and meta-stories. With this approach, there is a danger of the marginalia overwhelming the ‘main story’, of the life again seeping into the fiction, and muddying the reading.

“It’s very layered—you start off with one objective, and then so much else emerges. People can read only Maya and Karim’s story—that’s how most novels are presented—you do not know the process of the author, her inspirations, life, influences,” she says. “But every reader I’ve encountered always makes it a point to tell me how much they were engrossed in the margins—and that’s something I didn’t anticipate. That my life—which to me is a lot of mundanity interspersed with moments of terror/ laughter/ rage—could be interesting to anyone outside of me at all.”

This might be a challenge for readers accustomed to fiction’s fourth wall, but Kandasamy demurs. “Alienate [the reader]? No. The real alienation is to have a fourth wall in fiction, I’m here for the asides.”

Karim, one half of the couple that the novel focuses on, is a Tunisian filmmaker trying to make meaningful work, but chafing at the expectations that gatekeepers of the artistic establishment have of him. ‘At film school, Karim is told that a project embracing and interrogating his identity is encouraged. He hears this repeatedly,’ she writes. Expectations derived from identity or who can produce what kind of art? This is something Kandasamy has herself faced. She begins by pointing out that in the UK in 2016, for instance, of 165,000 new titles, only 100 were by writers of colour. Of these, 33 were cookbooks, 33 were self-published, with writers of colour comprising hardly one percent of the published landscape. “It begins to get more and more and more rarefied as you move towards fiction, towards literary fiction, towards experimental avant-garde literary fiction. That’s going to be seen as absolutely white male territory,” she says. “It is depressing because if there is anyone who is going to take the form of the novel and breathe fresh life into it, it is going to be someone from the margins—someone who is going to write about a life/experience/struggle that has not been written about before, not in the regular, commodified white-western view anyway.”

With Maya, Kandasamy creates a character removed from her own experiences; a half-white, British-born woman. In one aside, she ruminates, ‘I make her relatable to the British readers… I cannot make her me.’

The opposite often occurs: white writers creating black or brown characters, literary acts that have drawn the charge of ‘cultural appropriation’. Kandasamy reframes this question on whether it is appropriate for writers of certain backgrounds to fashion characters of other identities. “I think this debate is a product of the marketplace,” she says. “When literature is still under the rubric of commodity fetishism with a market-value attached to it—naturally white writers, male writers, privileged writers profit grotesquely out of other people’s stories—and their act of writing these stories might sometimes mean that these people who are oppressed/ marginalised do not get the chance to tell their own stories. That’s how markets operate.”


“If there is anyone who is going to take the form of the novel and breathe fresh life into it, it is going to be someone from the margins”

Towards the final section of the novel Kandasamy jettisons the margin notes completely, just focussing on Maya and Karim’s story. Karim is in the midst of a crisis, the political situation has worsened, and family life has been turned upside down. “[W]hen the margins on the left (that describe the real world of the author’s life) end, it is a call to action, to change. In the concluding section, the characters are propelled by this same sense of urgency, of being on the ground, of doing what they can, of making decisions, of saving what they consider the most dear,” she says.

Kandasamy herself is no stranger to protest, having been an activist and outspoken critic of the establishment for years. But since she moved to London in 2016 to raise a family with her partner, she can no longer be intimately connected with day-to-day activism in India. “I’ve tried to be back here as much as possible, even as I have tried to be as politically active as one can be in a different cultural-political milieu,” she says.

“Sometimes, it appears like moving from one kind of marginalisation to another. Sometimes, it is depressing because I have been politically active in one form or another from 2002/3…. Starting new in any place demands humility and learning, but again, not a single day passes when I’m not regretting being back in India.”

These aspects of herself she deliberately withholds from giving Maya, because, she writes, ‘If I make my heroine an ultra-left groupie like me, this book would be full of such witty repartee. But then, only a few would get all the jokes.’

Still, there is one commonality between the two. ‘I cannot relate to her, if I do not share anything with her,’ she writes. ‘So I end up making her pregnant. In the short term, my concerns become her concerns.’

“I think a lot about parenthood and writing and politics and commitment because I often get a sense that my life has been turned upside down,” she says, responding to where she stands on the recent debate on whether writers with none or fewer children are better writers. “I’ve never been happier in the familial, domestic sense of the term, and never been more frustrated in the political aspect of my life… Participation, travel, getting on the next bus/train/auto to go somewhere—that spontaneity has gone out of my life, and there’s no substitute for it. You cannot drop everything and run if you hear of an atrocity.”

Still, she thinks of herself as someone who writes “the bare absolute minimum”, with time being the primary challenge, though there are some upsides. “….precisely because you have now gone into a terrain of responsible adulthood after a lifetime of evading it—you are actually a much more thoughtful, considerate, patient person—qualities which I think make writing better.”