Maya Jasanoff: The World Is What It Was

Maya Jasanoff uses Joseph Conrad as a guide to globalisation in the modern world. The historian in conversation with Nandini Nair 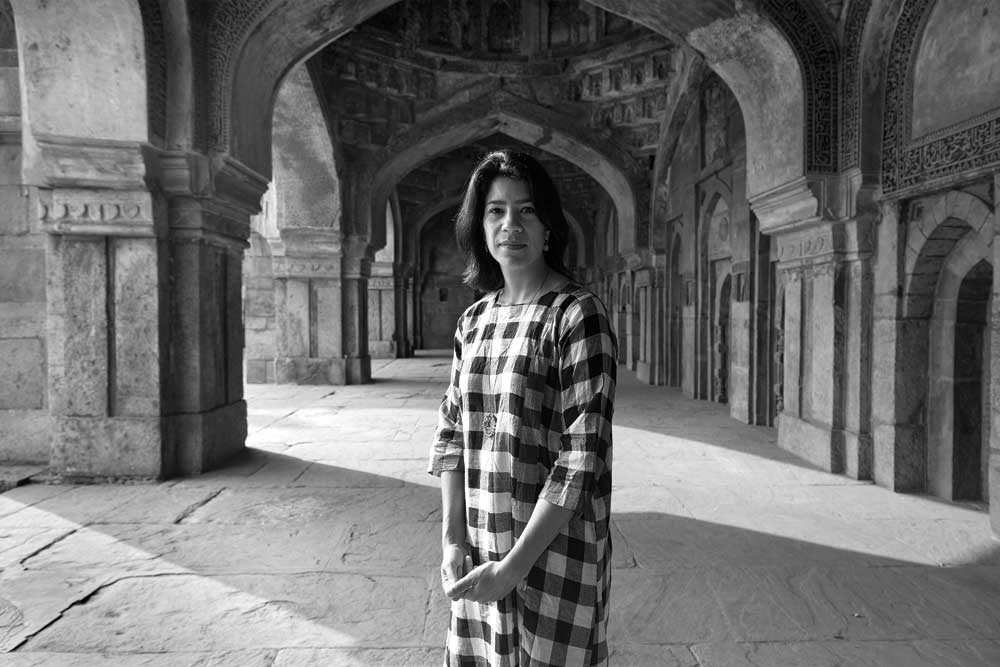 MOST OF US first encountered Joseph Conrad as high school students. His novella Heart of Darkness, published in 1899, exposed us to ideas of civilisation and modernity, empire and colonialism. Written over a mere seven weeks, Heart of Darkness maps Conrad’s own journey to the Congo Free State. It tells the story of a Charles Marlow who must travel up a river to rescue a renegade ivory collector named Kurtz. Over the last century, the book has retained its position as one of the greatest English novels of the 20th century. Conrad’s books are so entrenched in the canon of English literature that we often forget that he learnt the language only in his twenties.

In Dawn Watch (HarperCollins; 400 pages; Rs 799), Maya Jasanoff, professor of British and Imperial History at Harvard University, writes a dazzling account of why Conrad is relevant today. Dawn Watch is one of those rare genre-defying books which reads as history, biography, literary criticism and travelogue all at once. It has rightly been hailed as one of the best books of 2017. We come to know Conrad—born Józef Teodor Konrad Korzeniowski in the then Russian Empire—and we come to know ourselves. Conrad was also the migrant, having moved from Poland to England, who felt ensnared between strangers on one hand and remembrances on the other. Home was somewhere, for him, home was nowhere. He knew what it means to be out of place, and how much of life can be circumstance, and how little of it choice. He identified the issue with human nature—not that ‘savages were inhuman, it was that any human could be savage.’

Conrad, as Jasanoff writes, ‘knew firsthand about the oppressions of imperialism, about immigration, about the appeal and peril of nationalism, and about the power of economic and technological change. He also knew that tribalism offered no cure for their ills.’

When we meet, Jasanoff who is going to be based in Delhi for the next few months, is fresh out of Hindi classes. She apologises that her words might be addled. But really, she has little need to fret. She speaks with the clarity of her written sentences. Asides and detours will be taken, but they will serve the purpose of the story. She is endowed with a historian’s devotion to fact, a literary critic’s insights, and an adventurer’s curiosity.

Jasanoff, who belongs to a family of academics, knows the dilemmas of belonging firsthand. Her mother’s family emigrated from Bengal to the US in 1956. Her grandfather had got a job at the UN, and the family moved a few months later. She grew up in Ithaca, New York, and now lives in Cambridge, Massachusetts, where she was born.

Taking a bite of a cassava chip, she says, “‘Home’ is a word I’ve always struggled with. As I’ve gotten older, I’ve realised I am far from alone in this. I’ve struggled with it because I am a product of two cultures… What is home? Is it where you live? Where you came from? I’ve always wrestled with the question of ‘where are you from’. I still do.”

Having been to over 70 countries, travel is important to Jasanoff. With a warm laugh, she says, “I’ve a little theory about the world. It divides into people who encounter difference and are curious or interested to know more. And then there are those who encounter difference (whether it is in clothes or the environment) and feel unsettled by it.” Naturally, she belongs to the former, as travel allows her to experience the vastness of the world.

When she was young, she’d heard stories of her mother’s voyage to the US, by sea, at a time when the Suez Crisis was unfolding. The Canal was closed and their ship was diverted to South Africa, where they had a “run in with apartheid”; Indian passengers were not allowed on shore.

Jasanoff undertook two voyages herself to know Conrad better. She sailed for nearly a month from Europe to China on a cargo ship in 2013. She chronicled it in vivid detail for Al Jazeera. The journey made her view land and sea differently. It also left her with a deep appreciation for sailors and the crew.

She writes in Al Jazeera, ‘I come away from my weeks at sea thinking afresh about key elements that structure human experience: time, space, nature, society…I understand land, as never before, to be the margin of an ocean that dominates the planet.’

She also travelled down the Congo River, nearly a century after Conrad’s trip on the river, from Kinshasa to Kisangani and back. The Congo Free State, which Conrad had travelled to, had been founded in 1885 under King Leopold II of Belgium ‘with the self-declared mission of promoting progress and civilization, free trade and the abolition of slavery.’ In an article for The New York Times , Jasanoff writes with self-awareness about being ‘the real exotica: the only tourist to take this boat in nearly a decade’. But what was important about this journey was the distance she felt with Conrad. She elaborates, ‘In the midafternoon heat, as I lay on my bunk rereading Heart of Darkness, batting away tsetse flies, I had an uneasy sensation that for all that I’d come to Congo to follow Conrad, he’d never felt farther away. ‘Everything is hateful to me,’ he once told a confidante. ‘Men and things, but especially men.’ Yet I was having precisely the opposite experience: On board Primus I, I was becoming part of a dynamic floating village, where things had become familiar and people were becoming friends.’

There is more maritime commerce now than in Conrad’s time. If you want to think about globalisation, it is apparent at sea

Both voyages were important in order to see Conrad, who’d been a sailor for nearly 20 years and who wrote extensively about the sea. She says, “In my view, to write about people and places, you get as close as you can to them. But, more specifically, why I felt the journey was important to Conrad is that half of his fiction or more takes place on sea or on a ship… It also made me think about globalisation then and now, and the one thing I was struck by [was that while] we as travelling individuals in the 21st century don’t travel by ship, the things we have travel by ship more than ever. There is more maritime commerce now than in Conrad’s time. If you want to think about globalisation, it is very apparent at sea even to this day. Even if most of us are blind to it.”

If this book were to be reduced to a thesis statement, it would be ‘the world is what it was’. She explains, “I arrived at the clarity of this argument as I worked on the project. I never started out with that sense. It gradually took shape… Historians can make two moves with respect to the past. One, the past is really different. Two, the past is very similar. In this book I certainly pay more attention to the continuities than the disjunctures. I do that because I think we are lacking, relatively speaking, good treatments of this funny globalised world that we live in.”

Reading Dawn Watch, the one word which you might often scribble in the margins is ‘prescient’. When Conrad wrote The Secret Agent (published 1907), he described an era when anti-immigration activists thought that an ‘alien invasion’ was consuming London. Jasanoff writes of this time, ‘When you think a foreigner might take your job, you protest. When you think a foreigner might kill you, you panic.’ These lines echo the fear of the outsider that is sweeping through parts of the US, Europe and our own country.

How does she explain this prescience? She says, “Some people will accuse me of presentism, in a bad way, that somehow I am anachronistically applying the past to the present. But I am not. I did my research. You can look at exceptions and you can look at norms; that is another move historians make. And that brings me to a guiding principle while I was writing this book, which is a line from Marx—‘Men make their own histories, but not in conditions of their choosing.’ That line about where we get to make our own way, and where our way is dictated for us is something I find really interesting.”

If Heart of Darkness is an indictment of the Free State enterprise, Dawn Watch in its own way reveals the malevolence of terms such as ‘civilisation’. The issue for Conrad wasn’t that Africa was a heart of darkness, but that ‘everywhere could go dark’. Speaking about the burdens of the word ‘civilisation,’ she says, “The incredible emphasis placed on the word ‘civilisation’ as opposed to ‘empire’ in the formation of the Congo Free State jumped out at me. The word has a very powerful legacy. I knew the word in association with ‘the civilising mission’ but what I found in the Congo documents was a little bit different and in a way more troubling. On the one hand, it was a very classic civilising mission that they had. And it was unbelievably hypocritical as we know. But the use of the word ‘civilisation’ was in a way ratified by the international community when they acknowledged the independence of the Congo Free State. So it became a substitute for ‘empire’. It is a word I’ve been thinking about since. It has gone on to have a continuing life, in a way that ‘empire’ has not.”

A Google book search for the term will show how use of the word spiked during the Cold War. ‘Western civilisation’ was used by Americans as a “good, as opposed to others”. And, after all, what does the word ‘civilisation’ even mean? Is it always Western? Or is it a word for “industrial capitalism”? Finally, isn’t it a word used simply by those who “think they possess it”?

Jasanoff is in India to refresh a longstanding relationship with the country, since she frequented it with her family as a child. Her next project is a “big book on the topic of ancestry” and how it has been deployed as a political, legal and cultural tool.