The great storyteller of Indian journalism 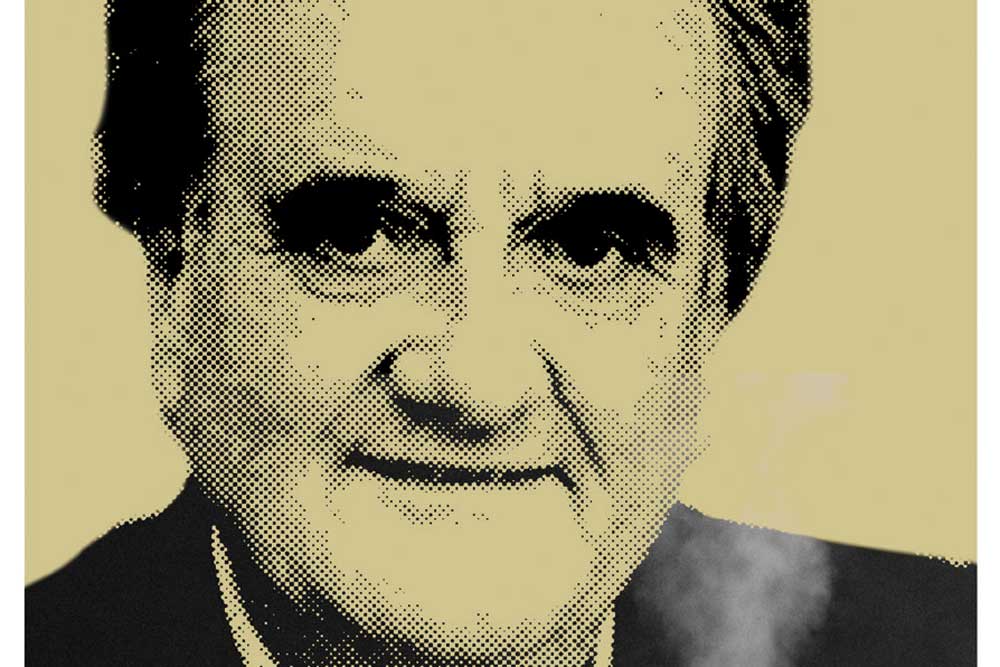 ONE WINTER MORNING in the late 1970s, I carried a plastic mug to an engine building up steam at the end of the Azamgarh railway platform. The engine driver was most obliging, and filled it with scalding water, with which I shaved, hoping the fine particles of soot floating on the surface would not replace my stubble. They didn’t. My toilet completed, I boarded the train pulled by the same steam engine for the 43 km run to Mau Nath Bhanjan. My first-class ticket, printed on yellow pasteboard, was only the 37th to have been issued since the early 1950s, though I was by no means alone in my carriage, with strands of coir uncoiling out of ripped seats, and the dusty UP plains lurching by.

On the ‘Slow Train to Santnagar’, no one bought tickets. In a short story of the same name, Tully writes, ‘The fare for the thirty mile ticket was not very great, and for some years now the railway had not been bothering to check tickets.’ The engine driver, like mine, was generous with hot water, and as doodhwaalas disembarked, ‘Driver Thomas sterilised their churns with steaming hot water from the engine before they got on their bicycles and pedalled off home.’ Pat Thomas, like many of our early mail train drivers, was Anglo Indian, and in an echo of Mark Tully’s sentiments, ‘insisted that India was his country, come what may.’

The story is a bit of a hoot— a local businessman has a monopoly on buses running to Santnagar, but the free train ride squeezes his profits. He uses his connections to pass word up the many rungs of the railway hierarchy, all the way to the Railway Board, that the line is a drain on the national exchequer. Local politics, personal enmities and eventually the local ‘baba’ are recruited to adjudicate in the battle for commuter traffic. At this point, Tully recruits farce by staging a race between the ageing loco engine and a creaky bus.

In this story and the others in this compilation, Tully displays a keen understanding of the inner machinery of Indian politics at the grassroots, of caste and entrenched interests, of police thuggery and deep corruption, and of the slow, careful search for elbow room by the most down-trodden of eastern UP.

‘Jholawalas’, the NGO set, find their way into the mix in the whimsical ‘The Family Business’. The reluctant heir to a political family returns from Sussex to the family seat in eastern UP on the death of his father, six-time-Member of Parliament. The seat has gone to a rival party, and the young presumptive struggles to find the right levers to gain the confidence of the voter base. Unfortunate hilarity ensues, with mud—and blood—on his designer wear; ‘kicks in the bum’ for the young layabouts he recruits to his task; and a mouthful for him and the hapless NGO worker who talk to a group of village women about latrines that never got built.

In two stories, Tully explores the personal spaces that must be negotiated as rural dwellers try out the life of the city. It is a fascinating dynamic I have watched at close quarters. In ‘The Making of a Monk’, Tully, once a student of theology, has the added layers of a White sahib, a devout Christian, as the gracious employer of a security guard who deals with city life, religion and personal loss. The story is deeply layered and affectingly told.

Given his deep experience as a reporter, Tully’s observational skills are always in evidence. Careful reportage doesn’t make for great story writing, though: the reporter, especially for a foreign audience, needs to place everything in context, explain the social situation carefully; the story writer allows it to emerge in the telling. And if something is missing, let the reader exercise his imagination, for universality, not particular context, is at the heart of stories with abiding appeal.