The wonder that is India 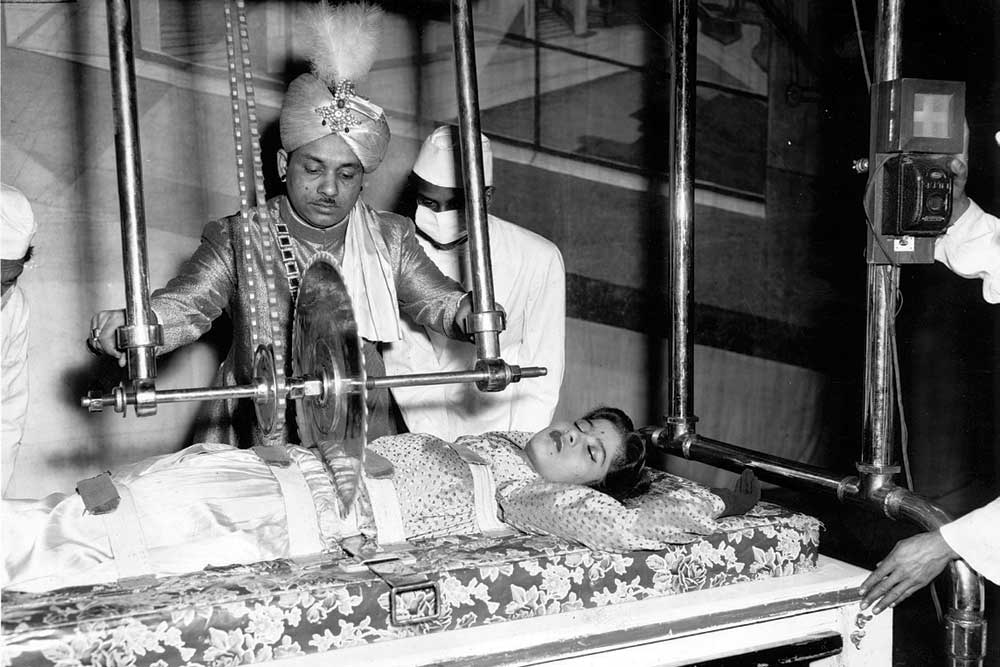 RIGHT AT THE start of his captivating book, the Sydney- based author John Zubrzycki (who has worked in India as a foreign correspondent), clarifies that unlike most people who have written on this subject, he is not a magician. Readers are given fair warning: the secrets to the breathtaking tricks featured here will not be revealed as you turn the pages. If you are hoping to be enlightened about the details of the jadoowallah’s craft, a collector’s archive of old magic journals or a tantric’s dusty manuals will serve you better.

So what does Jadoowallahs, Jugglers and Jinns offer readers? A comprehensive and well-researched overview of India’s magical traditions. A valuable clutch of insights into how the world of jadoowallahs, jugglers and jinns, the brotherhood of strolling players and street magicians, ‘shaped Indian society, culture, and religion— and enriched the rest of the world.’

Like Mughal Emperor Jahangir, who is mesmerised by the Indian Rope Trick in the opening pages, readers have much to marvel at: levitation, snake-charming, fire-walking, sword-swallowing, live burial, the Basket Trick, reversible decapitation…. But this is no exotic cabinet of curiosities. Zubrzycki digs deep into the complex history of Indian magic, dating back thousands of years, enriched by Islamic, Buddhist and Hindu traditions long before it appeared on the radar of the West.

This is a tough quest since the line between magic as entertainment and religious ritual is blurred in Indian history. The conjuror’s sleight- of-hand and a sadhu’s feats orbit the same mysterious realm. Magic also exerted considerable influence on statecraft and people’s sex lives. Kings were advised to chant magic spells to vanquish their enemies. Men and women often turned to magic to save their flailing sex lives from doom. With the help of an impressive range of sources including ancient tomes such as the Ocean of Stories and Dastan- e-Amir Hamza, the author dissects the many roles magic played in the country’s political, social, religious and cultural life.

The interaction between Eastern and Western traditions of magic is interestingly chronicled. A troupe of Indian jugglers who sailed to England under the supervision of a mercenary East India Company captain in 1813 set the ball rolling. More troupes of jugglers and magicians crossed the ocean in their wake to open up a whole new world of wonder for audiences. Western magicians in turn began to travel to India to pick up tricks. The East-West tango carried on uninterrupted in the post-Independence years. The flamboyant Indian legend PC Sorcar (aka the self-styled Maharajah of Magic) wowed audiences worldwide. Gogia Pasha too straddled East and West. The chapter ‘From Turbans to Top Hats’ shines the spotlight on the adaptive capabilities of Indian magicians and the ways in which they integrated modern technology into their shows to meet the expectations of their audiences.

Zubrzycki’s conversations with contemporary Indian street magicians paint a bleak picture. Making a living is getting to be more of a challenge with each passing day. Economic changes are eroding their once strong ties with the barah pal—the ancient collective of Indian strolling players that includes jugglers, snake charmers, acrobats, impersonators, ventriloquists, storytellers and animal handlers. Still, street performers who have learnt their trade from previous generations consider magic to be the only way of life they know. Their repertoire of tricks has remained unchanged over the years. Many of them carry smartphones, post pictures of their performances on Facebook and communicate via WhatsApp these days. They have caught on to the fact that it is as important to be a good performer as to be social media savvy and streetwise.

The book ends on an optimistic note, banking on the ‘basic human need to be wonderstruck and to be entertained— the very formula that creates and sustains magic.’ Despite the odds, there is hope that the centuries-old tradition of Indian magic will learn to adapt and survive.

This book is extensively researched and packed with a wealth of information gleaned from colonial records, newspaper reports, journals and memoirs of Indian and Western magicians and ancient religious texts. The author’s capacity for wonder, keen eye for quirky detail and wry humour injects the narrative with verve. To cover a subject as vast as the history of Indian magic and its social, cultural and anthropological implications and to make it a fun read is no easy feat. Zubrzycki pulls it off in style.