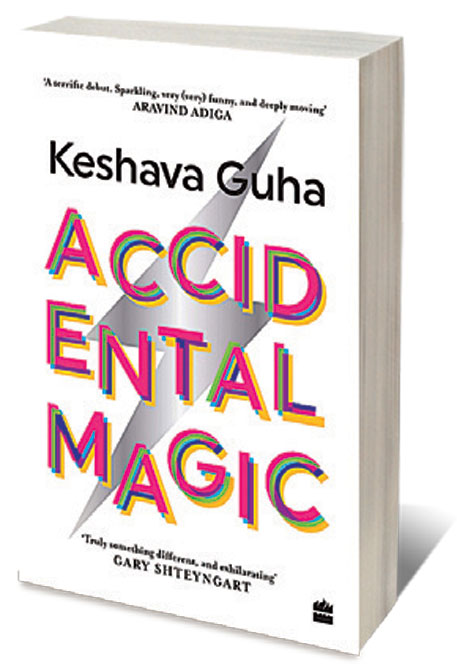 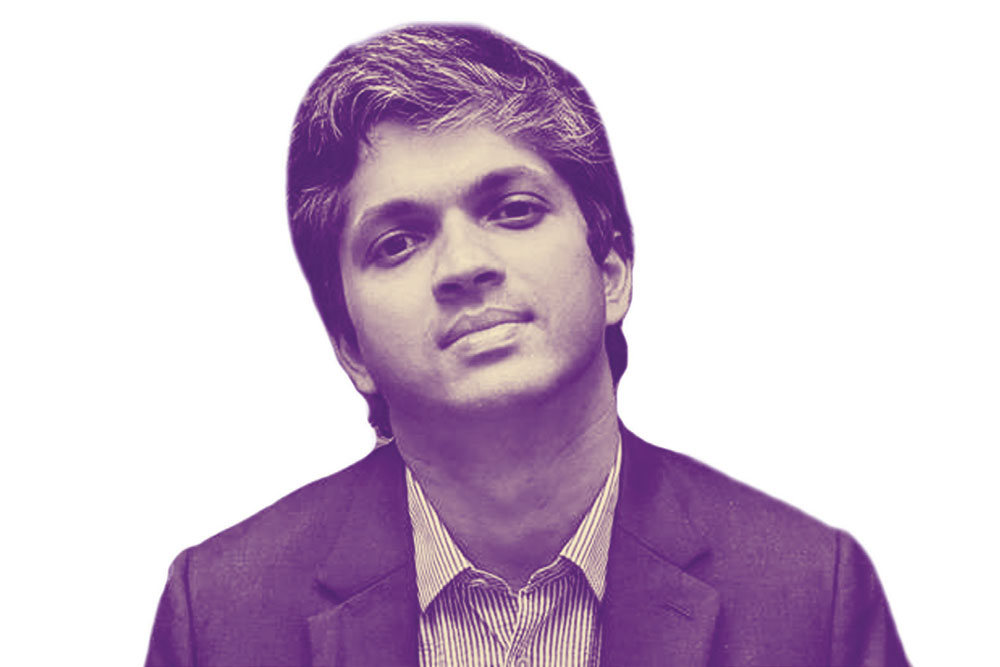 
THERE ARE TWO kinds of intellectuals in this world: those who admit—joyfully, proudly—to have read JK Rowling’s boy wizard series, and count it amongst the literature that has shaped them; then there are those who insist, despite the zeitgeist, that to read Harry Potter is beneath them, and who discount the impact those books have had on the world. Being the former, I have met the latter, and always felt slightly sorry for them, but then we can never explain what we like and what we don’t.

Keshava Guha’s debut novel is the story of four people, who are primarily connected by their (and presumably Guha’s) love of Harry Potter. But Accidental Magic aims to be a literary novel as much about Harry Potter as it is about being bookish and awkward and lonely. There’s the student Kannan, who has just migrated to the US; his friend Grimmett, an Anglophile and an independently wealthy radio host; Rebecca, also wealthy, also an Anglophile; and Malathi, perhaps the most downtrodden of all of them and daughter of a widower. Malathi is eventually married to Kannan, after one meeting and an emailed biodata that passed muster.

These sections, I admit, did not hold my interest.

To give context to my reading, I am a Harry Potter person. When JK Rowling’s books first came out, pre-movies, I spent a lot of time on fan websites. I had an account on one of the discussion board sites, where, as I recall, I was a Ravenclaw, and you could answer quizzes or threads, and get house points and level up the little emoji next to your name the more you used the website.

I even spent a lot of time reading Harry Potter fan fiction while I waited for the next book to come out. Harry/Hermione was a particular favourite of mine, but I also liked the slash pairing of Draco/Harry. Despite my love of fictional magical fandoms (shout out to Fangirl, Rainbow Rowell’s modern classic about fan fiction), I far preferred the descriptions of Malathi wandering around Chennai’s bookstores looking for The Prisoners of Azkaban, for example; of all the characters, she was perhaps the character that resonated with me the most, as the bookish girl in Chennai searching for her next fix. Kannan forced to meditate on his life in India versus his life in the States is also evocative. In those sections, Guha’s prose can sparkle. And while we’ve all read about NRI loneliness before—Jhumpa Lahiri practically turned it into an art form—using Harry Potter to connect the dots was a novel idea.

There’s an interesting debate, for instance, throughout the book about the Intellectual Value of Harry Potter: people dismissing it as ‘kids’ books’ or a bookseller telling Malathi that her store is not a ‘Harry Potter sort of place’. It also evokes that familiar feeling (amongst Potterheads) of solidarity with other people who get it, who found each other online via Hogwarts, who tore apart books hunting for clues to some imagined mysteries. That feeling comes across well in Accidental Magic.

But the book sags in other spots. For instance, I found the main point-of-view character, Kannan, unlikeable to the point of being unbearable, and the plot seemed contrived, more concerned with making points about colonialism, relationships and literature, and less bothered about moving the story along to a satisfying conclusion.

Although the book manages to capture a bit of that memory-lane-magic from a more innocent time when Potter didn’t mean Warner Brothers and fandom didn’t equal Disney, as a reader this often felt more like a disorienting Floo Powder voyage than a joyful excursion to Hogsmeade for Butterbeer. Unfortunately, if that sentence made no sense to you, I imagine, Accidental Magic might not be very accessible to you either. As a Potter fan, I found it more Muggle than magic.