Deploying metafiction at the cost of emotional poignancy 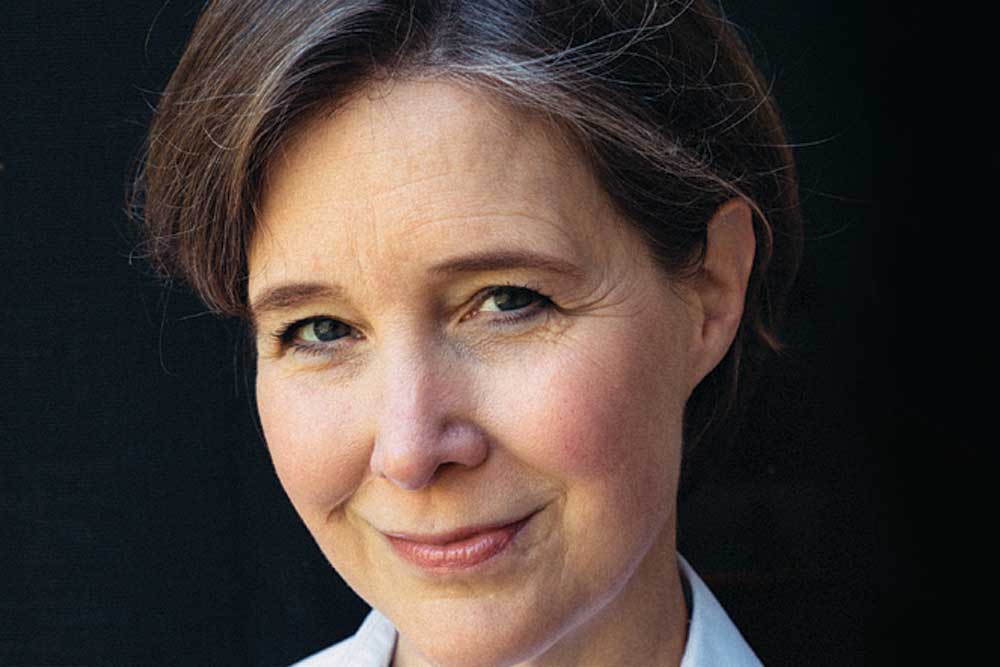 ANN PATCHETT IS one of those writers about whom I often find myself saying, “Let’s give her another chance.” After all, she’s won the Orange Prize and the PEN/Faulkner Award, been a National Book Critics Circle Award finalist (all for Bel Canto, a novel I could barely finish), and in 2012, Patchett was on the Time 100 list of ‘most influential people in the world’. She’s the author of seven novels, and in each, admittedly, I’ve found tremendous technical dexterity. Commonwealth, her most recent, for instance, opens with a Christening party, on a blazingly hot California afternoon, and Patchett steers her gaze through the rooms and garden, a quiet all-seeing eye, plunging the reader into the action. We are there. Watching Mrs Wallis use the side of the bright chrome toaster to reapply makeup; she was ‘too thin, too tan, and when she straightened up she was wearing too much lipstick’. And Dick Spencer slices oranges and juices them until his arms hurt. And the priest and young woman awkwardly dance. We wait, bated breath, as Albert Cousins kisses his host’s wife Beverly in a quiet bedroom, away from the crowd, triggering consequences that reverberate through the book. Later, when Bert and Beverly, who’ve left their respective spouses for each other, have the children and step-children (a raucous, unmanageable bunch ) over for the summer holidays, we are maddened too, like the parents, by their childish shenanigans and carelessness and sad self-absorption. ‘There was no place to go, no place to get away from them…’ Patchett is skilled at stitching a scene together with a choreographer’s patience and particularity. Yet, for me, the lean, well-crafted sentences—and there are many—lie on the page imbued with a certain blandness. A wealth of technique, yes, but— dare I say it?—so little heart. I wait to be drawn into this (very) White, bourgeois world with its fragmented families, confused adults, and drifting youngsters, and find little occasion where to make that empathetic leap.

Despite Commonwealth’s shifting points of view, for most of the novel we follow Franny, Beverly’s younger daughter from her first marriage. We see her, through peripatetic chronology, nurse her ailing ex-cop father Fix in the final stages of cancer, drop out of law school, and wait tables at a posh place called Palmer’s where she meets the charismatic, self-deprecating Leon Posen, a famous American author, ‘somewhere in the dark woods past 50’. He hasn’t written a book in a while, though, the well-spring of inspiration truly parched; that is until Franny, who over the course of their relationship, tells him the story of her family. Of her stepbrothers Cal (who dies young in tragic, mysterious circumstances) and Albie, drifter, druggie, her stepsister Holly who meditates in silence in a monastery in Switzerland, her own elder sister Caroline, a struggling lawyer. It’s the story of two families fractured, intertwined, and, somehow, trying to find, in their own way, some healing. From all this, Posen writes a novel, critically praised and bestselling, and (herein lies the greatest rub) titles it Commonwealth. The allusion is clear, of course—that of fiction ‘stealing’ from life. After all, we’ll never know whose experiences Patchett mined to write this book. But does anyone, writers and readers alike, still think this clever? This notion of a book- within-a book. Ian McEwan did it too, recently, in his novel Sweet Tooth. And, for me, it persistently fails to impress. Here, the idea of emotional copyright is weighty, poignant enough without Patchett needing to resort to stale metafiction techniques.

Oddly enough, Patchett’s only book I’ve truly enjoyed is her collection of non-fiction, This is the Story of a Happy Marriage. Where her writing, in first person, carried a spark, an urgency, and raw honesty that I’ve found consistently missing in her fiction. In one of the essays, she writes about how forgiveness is the key to making art. ‘I can’t write the book I want to write,’ she says, ‘but I can and will write the book I am capable of writing. Again and again throughout the course of my life I will forgive myself.’ After Commonwealth, I ask, ‘Will her readers?’