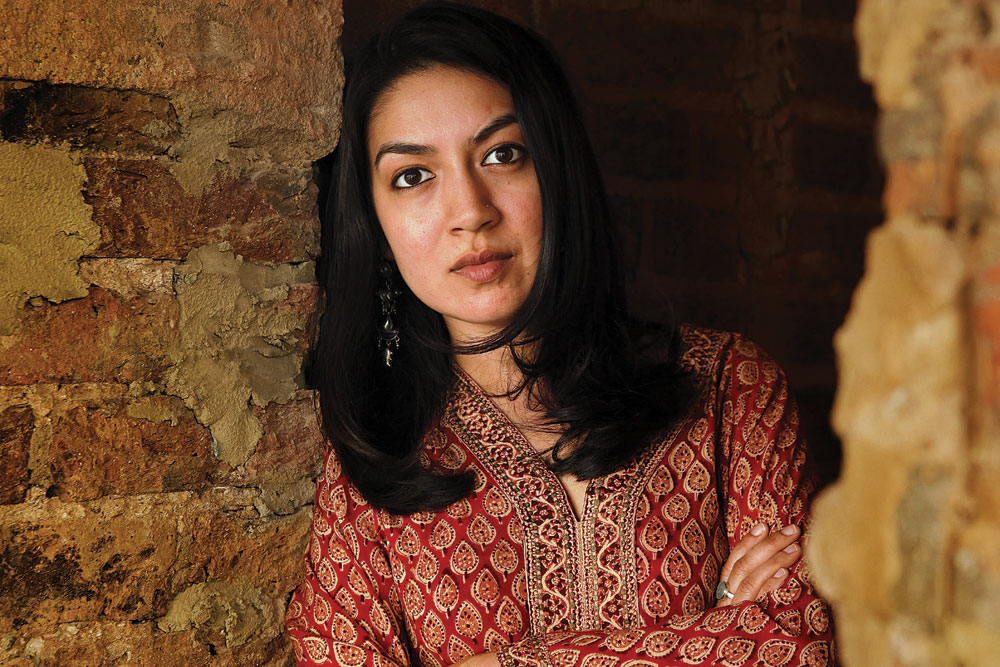 BANGLADESHI WRITER Tahmima Anam’s new novel, The Bones of Grace, is the final volume of her critically acclaimed Bengal trilogy.

A Golden Age, the first, was published in 2007—and is often dubbed as the definitive 1971 novel in English. Set against the backdrop of Bangladesh’s muktijuddho, A Golden Age tells the story of Rehana Haque, single mother to Sohail and Maya, who throw themselves into the fight for their country’s independence from Pakistan and for the right of its people to the Bengali language (even though Rehana herself is a native speaker of Urdu, and the bulk of the family is in West Pakistan).

The Good Muslim (2011) is, in many ways, a more complex and layered book. It maps the competing forces that haunt Maya and Sohail’s generation, when the fervour of nationalism has simmered down to a pot of discontents, a nation arguing against itself constantly: secularism versus Islamism, idealism versus materialism, and family versus ideology. While Maya is the poster child of the secular, socialist principles with which Bangladesh was founded—she is a doctor who turns her back on the capital and her family, choosing, instead, to deliver babies in a small village—in a surprising turn, the Mao-spouting revolutionary Sohail has turned to religion and become an unlikely harbinger of the sudden national turn towards religion and fundamentalism that quasi- Communists like Maya find deeply unsettling.

Picking up the threads of the story where A Golden Age had ended, The Good Muslim provides a nuanced insight into the horrific rise of Islamism in Bangladesh over the very decades when the state achieved breakthroughs in poverty, agriculture, industry and maternal health—and offers a vital framework to understanding the recent rise of attacks on secular writers in Bangladesh.

The Bones of Grace, however, while related to these two, is a completely different book. It’s relationship to A Golden Age and The Good Muslim mirrors the complicated relationship the protagonist-narrator, Maya’s adopted daughter, Zubaida, bears in relation to her family—the Haques and the Bashirs. It is brittle, yet profoundly resilient; without the ordinary links of blood but bearing the extraordinary wealth of shared karma and history. It is the story, give or take, of our generation.

Written as a long love letter in Zubaida’s voice, it is evocative of the edgy, roving, eternally unsettled artistic soul—at home in the world, at home nowhere, at once. (Zubaida’s voice reminded me a little of Leela Ghosh in Anjali Joseph’s Another Country). What Anam has drawn in fiction is close to the truths of her family’s history. One can feel in this novel she is channelling herself most of all.

And while A Golden Age and The Good Muslim are powerfully local, are profoundly and politically about Bangladesh—the specificity, the oral histories, the whisper of Bangla running underneath the English, all marking them out as solid domestic-historic sagas—the essential story of Grace is ethereal, intellectual, floaty and full of slippages. It is contemporary; it could belong anywhere.

In fact, if we are to go by the recurrent motifs chosen by Anam, the whale and the ship, the narrative would belong on the billowy strip between two anywheres, perfect stand-ins for the emigrant, the exile and the artist, the eternal in-betweens. After all, as the palaeontologist Zubaida traces: ‘What we do know is that the whale was first a coyote, then a water-curious amphibian, and, finally, the creature that would rule the seas and become the stuff of our myths, our ocean-totems…’

Zubaida is a classic ‘in-between’, her situation complicated further by the darkness surrounding her origins (though she knows she’s adopted, there is absolutely nothing else she’s been told), much like the Ambulocetus she studies, ‘the whale who walked and swam, an amphibian that was also a tetrapod, a creature embracing its duality, its attraction both to the lure of the seas and the comforts of the land.’ She has always believed that she will return to Bangladesh after her academic training is over—her mother disapproves trenchantly of those who run away to America—and marry her childhood sweetheart, Rashid, the son of her parents’ (much wealthier) best friends. And yet, there is a dichotomy, something inchoate within which stirs and rumbles, and resists this.

In her last few days in Massachusetts, just before leaving for a long dig in Pakistan (she’s hoping to bring back a whole whale skeleton) she meets and falls in love with Elijah Strong, a lapsed philosopher and talented musician:

‘You put your palm against the sleeve of my shirt, the warmth of your touch radiating from my arm all the way across my shoulders. At your touch, I felt calmed at first, and then, when the music ended and you lifted your hand away, I experienced a piercing loneliness, the loneliness of being the sole inhabitant of my body.’

And yet, Zubaida must turn her back on this love—which begins with such grand literary promise—and return, via her failed expedition in Dera Bugti in Balochistan, to Dhaka where she will drift into marriage with the solid, yet unimaginative Rashid, and as devoted readers often do, she will live out the part of her favourite literary other—Anna Karenina (Zubaida owned three copies of Anna Karenina in Massachusetts). Ultimately, her love for Elijah will make her confront all aspects of her identity, including digging deep into the past to hunt for the bones of her own history. Where the narrative leaps off the pages, are the parts where sinew and muscle are added to the ethereal core. This comes from the varied settings that provide the context to Zubaida’s growth. A careful reading of the dig in Dera Bugti provides a fascinating entry point into a murky cross-section of knowledge and intelligence games. The entire theme of shipbreaking (the eponymous ‘Grace’ is a cruise liner) introduces a nuanced critique of globalisation, where one set of people send toxic industries, such as shipbreaking, to developing countries where wages and safety standards are abysmal, health norms non-existent, and the pressure of employment extremely high for the rural poor—and another set of concerned liberal humanitarians drawn from the same world make documentaries on the disaster. There is also the voice of Anwar, the construction worker who left Dubai with blood money and subsequently entered Zubaida’s world to unwittingly shine a torch in the innermost recesses of her sorrows, which documents with precision life in the underbelly of Bangladesh.

All this combines to embed the primary story, the timeless triangle, in an ambitious canvas that aims to compress the domestic and the global into one philosopheme: the innate in-between- ness of the human condition.

I have two quibbles with this otherwise superb book.

While the looseness offers a fairly roomy, rattly narrative universe, towards the end, the length—and even the closures —begin to drag. While the prose never allows certain bits to stoop to the banal, perhaps the book would have been even better if it were leaner.

My second complaint is the sort that Zubaida’s mother Maya might have hazarded. The politics imbricated in the ideal Waspy lover, the intellectual drifter with a slight propensity for brown women, who will be chosen over the materialistic, non-intellectual, brown Bangladeshi husband who must be given up—this needles me a little. It is in some ways the opposite of the triangle in one of my favourite novels of all time, Chimamanda Ngozi Adichie’s robust Americanah. But then, as Anam says, the arguments of love are always teleological. And I did love the book.