Kabir is the new cool and lunch has become verse 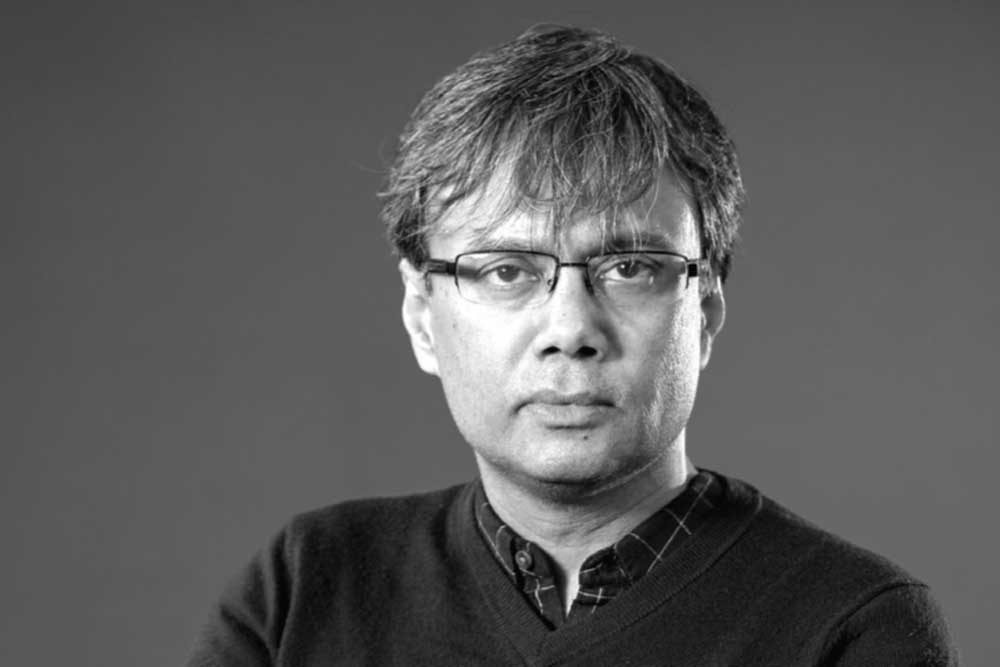 ST CYRIL ROAD AND OTHER POEMS BY AMIT CHAUDHURI (Viking)

One comes to Chaudhuri’s poems not expecting to be surprised by the poetic— it’s a given, we’ve encountered it already, for every sentence in his prose is suffused with the water of poetry. And yet beauty surprises, always. As I was re-reading them around the time I began working towards writing How I Became a Tree, acutely aware of how it might feel to be a plant and live through photosynthesis, I saw light as I’d never seen—light, plump and affectionate, and more. Milton’s phrase was ‘darkness visible’. Chaudhuri makes light visible—it’s a wonder because light is not meant to be visible, it is only meant to make things visible. I think it was DH Lawrence who said that Cezanne discovered light. Chaudhuri’s words are glow worms. The poems in St Cyril Road, particularly those about St Cyril Road, are paintings composed not with colour but with light. Here ‘noon is a charged battery and evening’s a visionary gloom’, there are ‘heliotropic rubbish heaps’, and ‘a lake like a bowl tipping with light’.

I cannot exactly remember why I ordered this book. I was in Haryana’s Sonipat, teaching a poetry workshop where every student, except one, was female. I’d often return from the university and lie on my bed in the afternoon with a stubborn sadness and read the poems. These are poems translated from Pali to English by Charles Hallisey for the Murty Classical Library of India, an anthology of the world’s earliest women’s literature. The poems have no titles. They come to us in this book with the name of the woman who composed them. One of the women was called Sumana. I remember reading her poems a few times. I felt related to her, as I did to most of the women in this collection—it is impossible to not see that the poems are related by a desire that manifests itself in what I began to see as a refrain: ‘I am free’. I checked the Pali word on the page on the left hand side—it says ‘nibanna’, like nirvana, I suppose. When I returned to the classroom after reading these poems, I found that my students, the women, and I, we were all related by this ambition—to be free.

I’m writing this after listening to a beautiful composition by Kabir, set to a tune by a friend. There is hardly any sphere of experience that has remained outside Kabir’s gaze. That is perhaps also because there are many Kabirs—what Bishnu De said about Lenin is actually true of our relationship with Kabir. We’re all Kabir. Mehrotra, whose poems always carry the energy of the colloquial, makes Kabir our contemporary. Tautological as that might seem—the best minds and artists are always our contemporaries, after all—Mehrotra’s tone and idiom makes (even transforms) Kabir into a ‘cool’ contemporary, who says things like ‘Crying won’t help/When death already/Has you by the balls’, or ‘You must be mad, says Kabir,/Not to sing of Rama/And to screw up your life’. There is great relief and liberation in such a translation, particularly in a time when Rama continues to be mistranslated. There have been more Kabirs than Ramas.

VERY CLOSE TO PLEASURE, THERE’S A SICK CAT: AND OTHER POEMS BY SHAKTI CHATTOPADHYAY; TRANSLATED BY ARUNAVA SINHA (Seagull)

I think I’ve always read Shakti Chattopadhyay in the afternoon, when tropical Bengal slept. There’s a silence about that time of the day that seems secretive—something transformative, like waking up to a dark room when there was still light in the sky before you closed your eyes only a little while ago. I think only Chattopadhyay knew what happened then. His poems are secrets about life, but it is the wisdom of the imagination, not of experience. No other poet has so beautifully imagined the life of tree roots.

Recently a friend read out Frank O’Hara’s lunch poems to me on the phone. Quite by coincidence, it was near lunch hour, and his reading was touched by the kind of immediacy that only hunger can bring, the kind that triggered O’Hara’s poems. The matter-of-fact tone of the poems is a great doorway to invite people in. Apart from the fact that I’m addicted to cookery shows and love eating and talking about food, these poems are, for me, about the essence of the poetic—the poet must hide, the reader must look for the hidden. And that a poem is often not about what one began meaning or imagining it to be.

As I read poems, essays and blogs about the anxieties that trouble us, a genre that is painfully coming into being, as it were, I often think of Alejandra Pizarnik’s poems. Born to Russian Jewish parents in Argentina, her poems, which critics say she meant to be ‘unbeautiful’, are a record of physical and moral suffering in a way that, when read now, make her suicide at the age of 36 seem like an inevitable conclusion. These poems are a record of the journey of that rebellion.

I came to Jack Gilbert in a way I’ve never come to any writer—from reading an interview, the extra-textual pushing me towards the text as it were. Sarah Fay’s introduction to him in The Paris Review has a line that will inevitably attract me towards an artist—his poetry ‘reflects the mystique of a life lived utterly without regard for the conventions of literary fortune and fame’. The first few questions in the interview were about a fall he’d taken that landed him in hospital. I’d been in hospital recently, also because of a fall. What gives these poems about relationships their fibre is honesty—the ‘poetic truth’. ‘It’s not a business with me. . . . I’m not a professional of poetry, I’m a farmer of poetry.’ The poems prove his claim.

For much of last year—and this one—I have read a paragraph or two from James Salter every few days. I’m aware that Light Years—or A Sport and a Pastime—is called a ‘novel’, but I’ve read it not as narrative but as I read poetry, not just treating paragraphs as stanzas but reading sentences twice immediately. Richard Ford, in his introduction to the Penguin Modern Classics edition, calls Salter ‘the great master of what Lionel Trilling called the “unrecorded hum of implication,” … the breath taken in deeply, the nearly silent human context that holds within itself what’s right and what’s not, but only for an instant’. He writes, ‘The birds, like punctuation, are crossing in level flight’. Salter spoils us, as the best poets do.

You might wonder what this book by a painter is doing in a list on poetry. It is because I think poetry is about looking, about ways of seeing—in this, poetry is related to philosophy, there being no blur between the two. As I say often, there is a reason that philosophy is called ‘darshan’, seeing. Klee’s sketchbook is extraordinary in its understanding of the line—the line, as we know but sometimes forget, is the unit of painting but also of poetry. ‘Active lines’, ‘passive planes’, all these phrases are from Klee. They are and belong to poetry.

I first read these Nepali poems about 20 years ago. My neighbours, mostly Bengalis, often played Tagore’s songs about the rain. It irritated Arati, the life-loving Nepali woman who cooked for us. She introduced me to Ritu Vichara, a collection of poems about the seasons. The Devanagiri script allowed me to read it, and even when I did not understand the meanings of words, I couldn’t stop. The sound is the gold in the oar, said Robert Frost. I heard the sound of the Indian seasons like I’d never heard in poetry before. I hope that a publisher will get it translated.