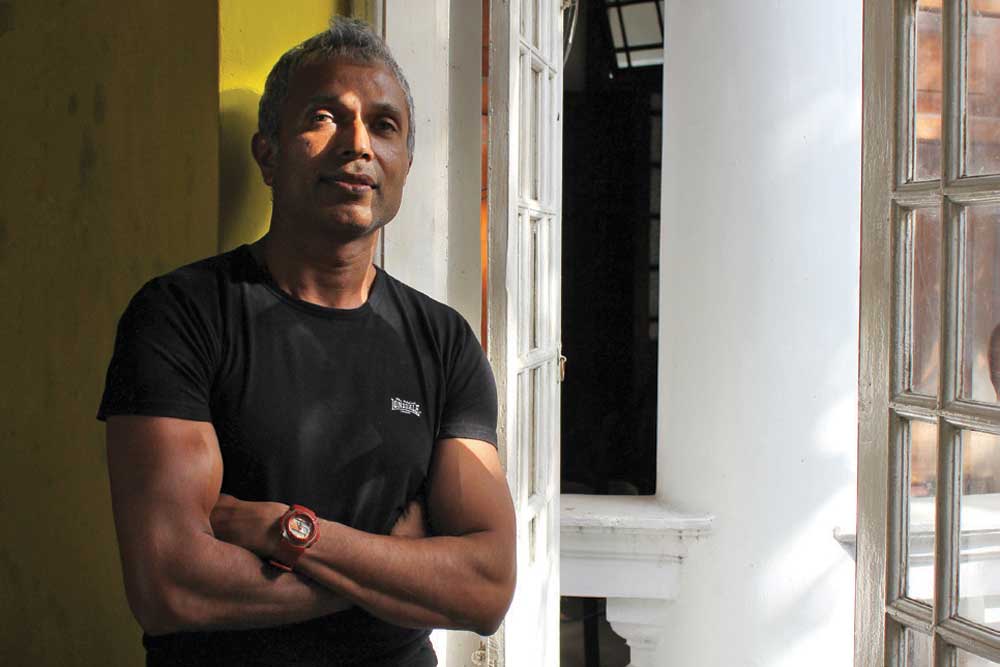 WHEN MAHINDA Rajapaksa’s astrologer advised the former Sri Lankan President to call for elections two years ahead of schedule, it turned out to be the worst prediction of his career. Rajapaksa lost to Maithripala Sirisena in a dramatic election in 2015. His astrologer offered in his own defence this one line: “Even Nostradamus got things wrong.”

I recognise that hapless oracle early in the pages of Ashok Ferrey’s new novel The Ceaseless Chatter of Demons. Our protagonist Sonny Mahadewala’s fortune- telling grandfather suffers exactly such a catastrophe and is forced to go into hiding. When he emerges, it is as a broken man. His last years are dedicated to calculating the auspicious times for toddlers’ birthday parties.

The astrologer’s spectacularly unsuccessful gamble is too good a story to resist, and Ferrey is clearly mining a rich vein here. Sri Lanka’s varied folkloric traditions are thick with superstition, demons waiting to be exorcised, and provide gorgeous visual spectacle.

Sonny, when we meet him is already an adult, not beloved of his mother, but on his way to successfully wooing Luisa, an American woman who he suspects is far too good for him. His mother Clarice, for reasons not always believable, is convinced the boy is riddled with evil spirits. She puts him on a boat to Oxford, hopeful that his demons will be discouraged from their possession by the water. The indomitable matriarch is as manipulative and callous as she sounds—she does not want her son to come back home.

For his part, Sonny drifts through university, and eventually manages to convince Luisa to marry him. They are both estranged from their pasts. Luisa from the wealth and ease she grew up with; Sonny from his life in the Mahadewala Walauwa, the big house on the mountain that is his fiefdom. Here Sonny is addressed as ‘my lord’, yet is known to all as the bane of his mother’s existence.

When Luisa and Sonny venture outside the cosy confines of their own marriage to meet each other’s families, it’s a deeply uncomfortable, sometimes hilarious process. Sonny is forced to confront his mother, who at this point has embarked on an ambitious excavation project. Convinced there is an ancient treasure buried somewhere under their home, she is digging up the floors, room by room.

Also waiting is the maid Sita. She and Sonny have always been close, and Sita is trapped in a nightmare from which she hopes Sonny will rescue her. Reliably, he only makes it all worse. Rounding out this eccentric cast is the Devil himself. But in Sri Lanka, Lucifer is jostled by local demons, all quite miffed that he should spread the stink of sulphur around their territory.

In Ferrey’s interpretation, the Devil is an entertaining if somewhat ineffectual being, a creature out of this time and certainly out of this place. Fans will be divided on this one— I think that this book did not need a demon which Clarice repeatedly mistakes for a cape-wearing transgender Australian, thereby insulting both transgender people and Australians simultaneously. (People who wear capes are, of course, fair game.)

Ferrey’s usual stomping ground is the Sri Lankan city of Colombo, but Kandy is the perfect choice for this book. The home of the Temple of the Sacred Tooth Relic, the holy city is still where you go to find what remains of Sri Lankan royalty. It is a setting worthy of Ferrey’s social commentary, his interest in turning a mocking eye on the foibles and failings of high society. But Ferrey makes choices that have him skirting deeper waters, particularly in the relationship between Clarice and Sonny. The novel promises a meditation on the complex nature of evil, but then concludes little more than that evil is banal and ubiquitous.

However, Ferrey’s talent, undeniably, is for a novel that is the literary equivalent of a great cocktail party. The Ceaseless Chatter of Demons is reliably entertaining company, and easily one of Ferrey’s funniest offerings.