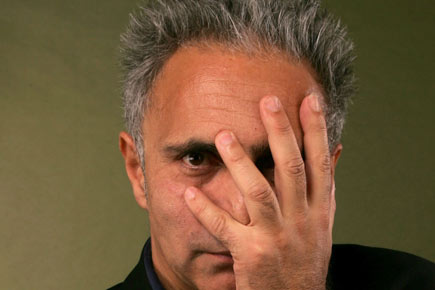 
Q Collected Stories spans a decade of short fiction. At what point did you begin to explore this form?

A My first novel, The Buddha of Suburbia [published 1990, 15 years after he started writing plays and screenplays], was originally a short story. I had always read short stories and been interested in them. The point about fiction really is that it might be short, it might be a novella, it might be 10,000 words, it might be 100,000 words. The most important thing is that the story has more or less the right length.

Q You were subjected to racism while growing up. The themes you explore, like identity, racism or sexuality, were fed by your immediate environment. Since you began writing, how has the environment around you changed?

A The children of those who first came here [the UK] as outsiders in the 1950s and 1960s are less despised. It doesn’t mean that racism does not exist. I think there is a lot of racism still for people who are from outside Europe.

Q Now that it is not part of your experience, does it affect your writing?

A Not really too much. But I do write about race. I wrote a novel called Something To Tell You last year. I am actually much more interested now in multiculturalism, in identity, in people finding new forms of identity.

Q You have said that Satanic Verses changed the way you looked at writing. Can you explain that?

A Well, in the sense that it made me think that writing was important.

Q Till then you didn’t think so?

A Actually, it was a sort of fringe activity. It [the reaction to Satanic Verses] made me think how important writing was in terms of speaking, being heard, and certainly with the dumbing down culture we live in.

Q 25 years ago, Islamists demonstrated against your first screenplay, My Beautiful Laundrette, for its homosexuality. Today, you have the reaction against the Danish cartoons and South Park, the American animated sitcom. But there has been a terrific shift in the degree of reaction. How do you understand this?

A These chaps who hate literature, free speech, criticism, have become more desperate and violent. And they aren’t elated to see that their world view has not been accepted by most people. We live in a world where most people don’t believe in a Muhammad or Pope or Jesus or whatever. And it’s unbearable to them. They may intimidate, but people are still writing against radical Islam.

Q A New York Times profile said that you sort of poked around in English mosques in the late 1980s and early 1990s sensing that something might be stirring there.

A There was a lot of unrest, fiery radical speeches, extraordinary reactionary behaviour from a couple of mullahs there. I had never seen anything like that before. I found it very interesting. So I wrote my novel The Black Album and a couple of short stories, like My Son The Fanatic.

Q What is it that makes Islam so resistant to criticism or comment?

A Because it’s a complete world system which has no sense of anything else but itself. There’s nothing that it lacks, nothing that it needs. Like fascism and certain forms of Marxism, it’s a cultish system and it protects itself violently.

Q What do you think about Indian writing in English?

A I don’t read it. I don’t have the time. It seems to me that it has run out of inspiration now. There’s a lot of pretty girls who go to American universities and write about their mums and dads. I think the whole thing has become really boring now. And I think we are beginning to look at Russia and Africa and China for new writing.