In Search of New Frontiers

The brains and blood behind ISRO 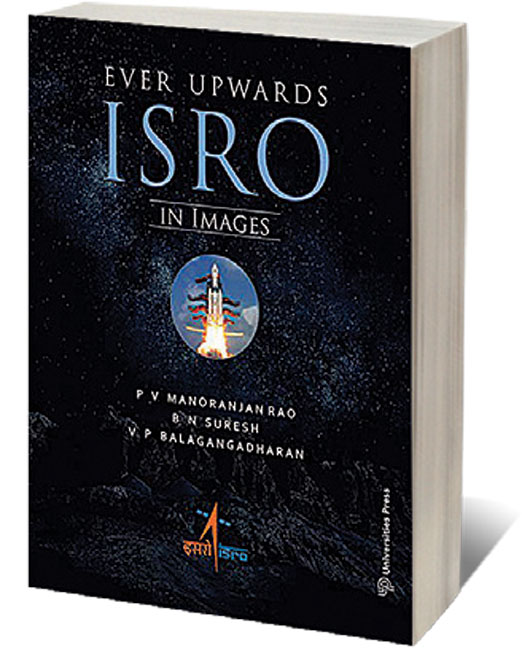 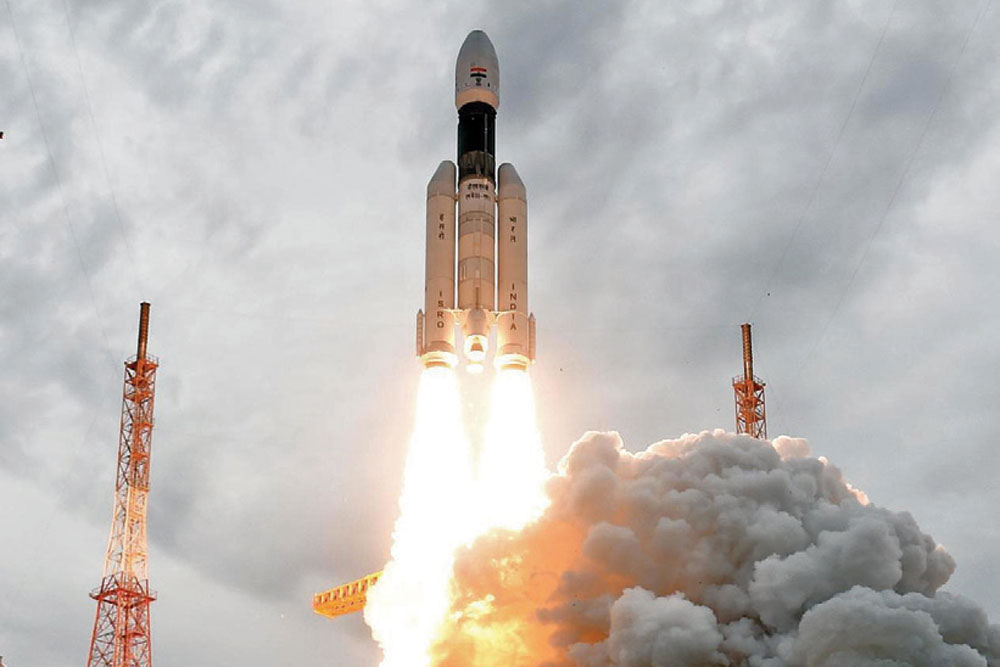 
IT WAS ONLY in the early 2000s, during the fifth decade of its existence, that Indian Space Research Organisation (ISRO) began to evoke nationwide interest. The occasion was the successful demonstration of a rocket capable of launching heavy satellites that can be eventually positioned in the geostationary orbit. Subsequent landmark achievements have only leavened this interest. As per tradition, all government agencies in India are faceless to the public they serve, but with its special history and achievements, ISRO has chosen to be a non-bureaucratic exception to this rule, most recently with the publication of Ever Upwards: ISRO in Images, a ‘coffee-table’ book that attempts to present the most salient aspects of this organisation organisation’s past and present, and plans for the future.
ISRO evokes wonder even among the educated class. How do they ensure such precision and quality in a wider environment marked by shoddy work culture? How do they plan and achieve their targets in a sustained manner given the technological risks involved? How do they recruit and groom top talent on government pay scales? How do they maintain a culture of high performance in a public organisation a presumed climate of low accountability? Many such features of ISRO’s existence can be explained by two defining characteristics: open and participatory work culture and the leaders’ unswerving confidence in the workforce. The photographs in Ever Upwards bring out these features as a subtext of the images.

The first two sections—‘The Sarabhai Decade’ and ‘The Dhawan Era’—chronicle the first two decades of ISRO. To the culture of innovation, ambition and spirit of dedication fostered by Vikram Sarabhai, Satish Dhawan added thoughtfulness and sober analysis, bringing the organisation much needed stability as it grew in size and scope. The images provide exhilarating glimpses into the dreams which animated the first generation of technological pioneers, which famously included a future president of the Republic, APJ Abdul Kalam.

In the next chapter, the book takes us through the various stages of rocket development activities undertaken by ISRO, from the single stage RH-75 all the way to the GSLV-Mk III, with an indigenous cryogenic upper stage, that was used in the Chandrayan missions. The technologies, facilities and people behind this stupendous, wholly indigenous achievement are presented in ‘Rockets of ISRO’. Images of a similar journey in the domain of making satellites—from those carrying experimental payloads to operational INSAT satellites with multi-mission payloads to specialist remote sensing satellites for a variety of end-use applications—give us an appreciation of the landmark technologies and attendant capabilities built up over the years. Readers also get a glimpse of the largescale infrastructure in terms of fabrication, assembly and testing facilities that are required for the development of rockets and satellites.

The book also covers ISRO’s focus on the application of advanced technology for the benefit of the common man, an important area in which it has demonstrated significant capacity for innovation. The applications range from education, emergency communication, navigation to flood mapping, agriculture, geology, fisheries, forestry and a host of others that fulfil important national needs.

The book provides a dazzling view of ISRO’s buildings and workspaces that support a variety of specialised functions, from rocket assembly and mission control to launch pads and giant antenna systems. ISRO’s preference for environmentally sensitive and aesthetically pleasing buildings is much in evidence.

People are the blood and sinew of an organisation. From a careful selection of pictures, Ever Upwards gives us a historical record of its visionary leadership in the early decades, its achievers in the middle laps and a view of its lively, vibrant workforce that will take the organisation, onwards and upwards, into the future.

As a showcase of ISRO’s past and present, produced by three stalwarts with intimate knowledge of the organisation, this coffee-table book is a keeper. The story of ISRO, which is still unfolding, can and will be told in many formats: programme histories, personal memoirs, documentaries and biographies. In any collection of such worthy narratives, Ever Upwards will certainly enjoy a pride of place.