I Know What You Will Read This Summer

An American master on mortality, a Nobel laureate on New Russia and more. Bibliotherapy for the summer 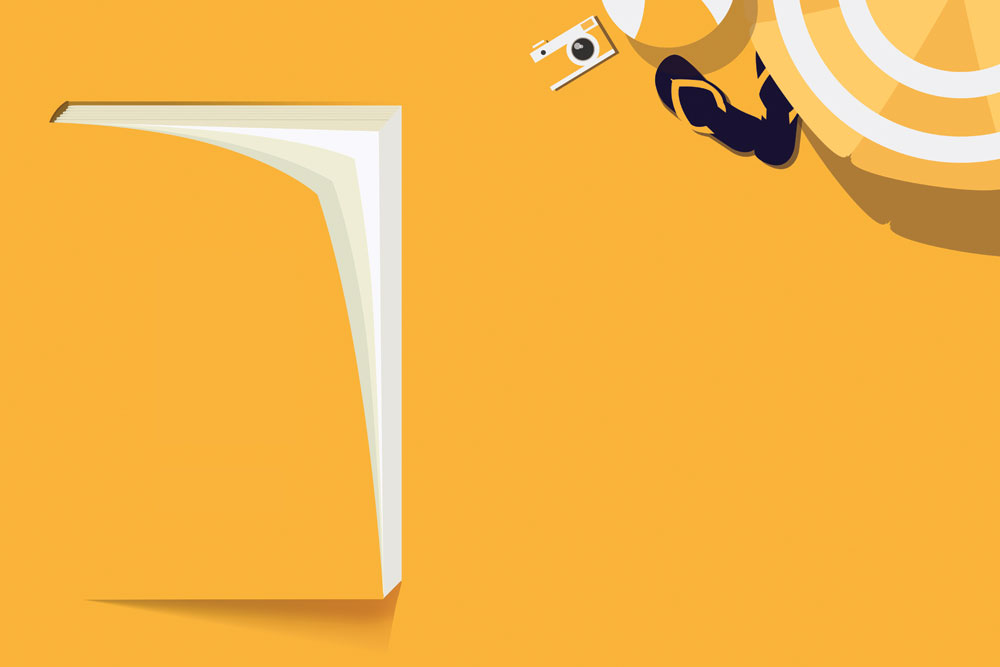 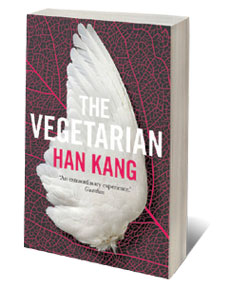 Once a book has been blessed with a Man Booker International Prize, the appreciation that comes its way is expected. But with The Vegetarian (originally published in South Korea in 2007), the praise has been more than lavish. This three-part novel, which starts with the simple decision of a wife to turn vegetarian, evolves into a rollercoaster of fractured relationships, desires that are met and those that are thwarted and the disintegration of institutions. Rich in imagery and rippled with violence and subversion, this is one of the most exciting international translations to have emerged of late. Importantly, it reminds the Anglophone reader there is an entire universe of outstanding literature we are not privy to. 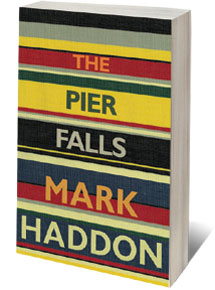 Readers know Mark Haddon thanks to The Curious Incident of the Dog in the Night-Time (2003). The award- winning book was told through the perspective of a 15-year-old boy who is also ‘a mathematician with some behavioural difficulties.’ Interestingly, the book sold in different editions to children and adults. Its strength lay in its ability to show the world through a different prism and appeal to readers across age groups. With his recent collection of short stories, The Pier Falls, Haddon does that once again. These nine stories move from the recent past to the mythic past and immerse the reader in an altogether different time and place. ‘Wodwo’, for example, is a notional Christmas story, whereas ‘Breathe’ tells of a mother- daughter relationship. The prose is beautiful and the emotions authentic. 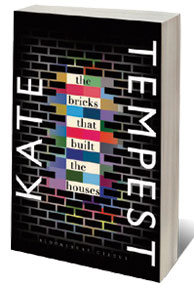 The Bricks that Built the Houses is the kind of book to throw anyone above the age of 30 into a funk. Not only is its author Kate Tempest (born in 1985) a novelist, she is also an award-winning poet and singer. In fact, this 400-page book is the companion piece to her hip-hop album Everybody Down. Words and phrases appear in tandem, thus binding the book and album in a continuum. The bulk of the final draft was written in the back of a tour van travelling through Europe and the US. Set in London (and dedicated to the city’s south-east), it opens with a getaway in a car. This is a novel seething with drugs, violence and youth. Revolving around Becky, Harry and Leon, it shows us all the messiness of growing up and the debacles it can lead to. This book is a marker for more displays of talent from Tempest in the future— ‘one of the most exciting young writers working in Britain today,’ according to Huffington Post. 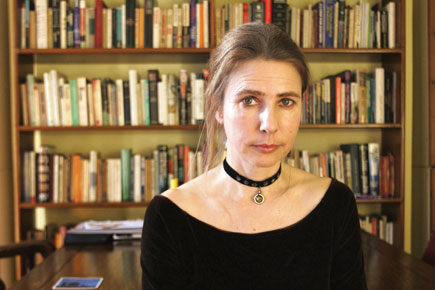 If you’ve read We Need to Talk About Kevin, you will know that Shriver is ahead of her game. Few authors share her wit and psychological acuity. In The Mandibles, she transports readers into 2029 US where an economic war has wiped out the savings of citizens. The government is forced to print money. As the economy spirals out of control, individuals must contend with their own fates. The household of the Mandibles must deal with the consequences of this lost fortune. Will they end up on the street? Which family member will survive? And who will lose the plot? This is a novel that deals with the heart of modern man—money. And what money does to us, allowing for possibilities of great generosity but also immense cruelty. 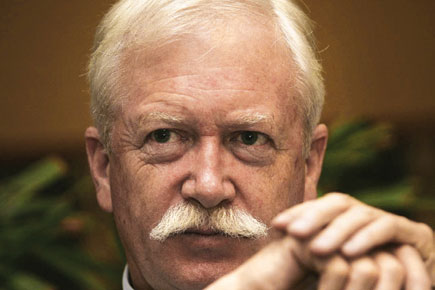 Through the lens of fiction, Stephen Alter brings alive the man behind the legend and explores both the shadows and the sunlight of his jungle world. In this novel, we see Jim Corbett first as a teenager, growing up in Nainital, and then in Kumaon where he befriends trees and animals and then in Kenya, where he settled after 1947 and lived out the final years of his life. We see this complex yet simple man at different stages of his life and discover the hidden fears and desires that make all of us human. The intimate connection between man and nature is as vivid in this book as Corbett’s courage and vulnerability. 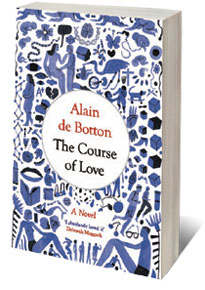 Few writers of popular philosophy are as divisive as Alain de Botton. Like Paulo Coelho, there are those who dote on him and his eclecticism, and others who find that he panders to the lowest common denominator, doling out platitudes as insights. But whatever his naysayers might say, this much is clear: De Botton can be revelatory. His latest book, a novel after a gap of 23 years—The Course of Love—tells you what happens after the ‘happily ever after’. It makes for a fast-paced and gripping read because it travels into the minds of the husband and wife and shows how easily sulks and arguments are spawned. It is honest about the travails of marriage and the impossibility of finding everything one wants in a single person. It reassures us that we are all a little insane in some way and that we should accept that in ourselves and our partner. 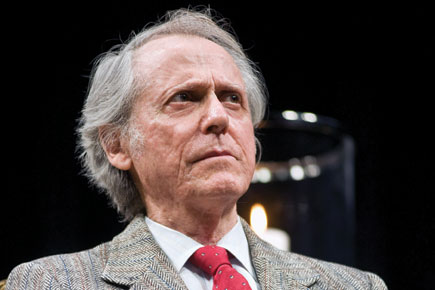 In his 80th year, the American master has chosen to write about cryonic suspension. This is a novel swept with a plethora of tragedies, from terrorism to plague, fires to famines. Replete with information on biomedical advances and new technologies, this book doesn’t merely shoot you into the future but forces a reader to question life and death, disease and mortality. All this is told in DeLillo’s signature tone of fascination and irony. 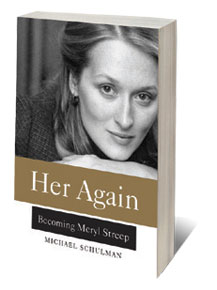 The powerhouse actress may have slammed this book as an unauthorised biography, but Michael Schulman scripts a fine and engrossing story of perhaps the greatest living actress on our planet. Following the journey of Streep’s not-so-pleasant days at Yale School of Drama—though her name became a verb wherein ‘to Streep it up’ meant to up your game—to how she became a name to reckon with, Her Again is an almost definitive biography of Meryl Streep, though devoid of the actress’ voice. 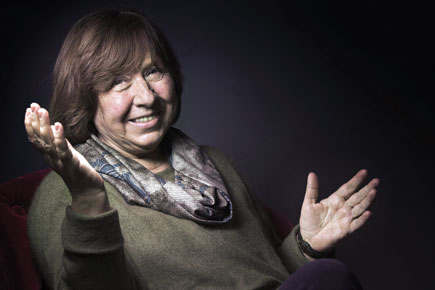 This latest work from Svetlana Alexievich, the 2015 winner of the Nobel Prize in Literature, brings alive the disintegration of the Soviet Union and the emergence of a new Russia through interviews conducted between 1991 and 2012. The Swedish Academy, while awarding Alexievich the Nobel Prize, described her work as ‘a history of emotions—a history of the soul.’ By chronicling the voices of ordinary men and women, it shows how the demise of communism impacted everyday lives. It tears asunder propaganda and state histories to reveal human stories. As one character says early in the book, “I asked everyone I met what ‘freedom’ meant. Fathers and children had very different answers. Those who were born in the USSR and those born after its collapse do not share a common experience—it’s like they’re from different planets.” It is these planets that we travel with Alexievich. 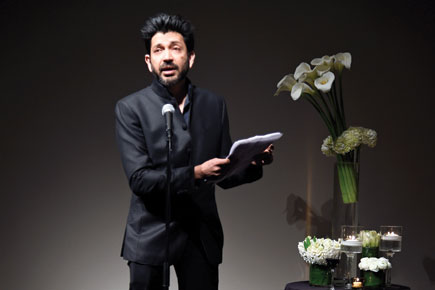 The latest by the Pulitzer winner Mukherjee is about our past and future. While diving into the most fundamental unit that makes us the humans we are, it covers history, biology and family stories. Mukherjee traces the history of mental illness in his own family, reminding us that genetics isn’t a thing of labs but instead determines the course of our life. The book opens in 1865 in a monastery of the monks of Saint Augustine and 500 pages later, it moves towards the Human Genome Project and the complex question of why not ‘make ourselves a little better’? This is one of those tomes to be kept on the family bookshelf and read for its insight into the fabric of life as much as its wonderful prose. 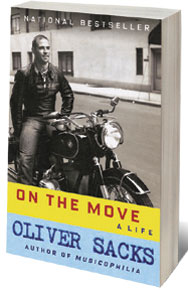 On the Move takes you on a ride and into the life of Oliver Sacks, a neurologist, ardent biker (he once planned a 50-day bike journey across the United States on a $400 budget), writer and someone who went back to playing the piano when he was 75. Sacks’ memoir, published after his death in 2015, will offer a full view of the author’s life, which was well loved and well lived. Most importantly, it teaches one to deal with an emotion we seldom describe—pain. From his internship at Mount Zion in San Francisco to his journeys back home in England, Sacks writes about the people that he met, his family, his patients and actors (Robin Williams, for instance, with whom he shared a deep friendship). We also learn of Sacks’ habit of keeping journals and writing letters, which he beautifully describes thus, ‘Old letters are a great treasure, a corrective to the deceits of memory and fantasy’. 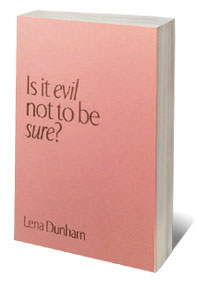 It’s not surprising why Lena Dunham’s—creator of the immensely popular Girls—book sold out within 24 hours. A collection of ‘creative snippets and observations’ from her college journals (a reminder to all to maintain one, diligently), Is It Evil… has rightly been described in The Guardian as ‘anxious and tender’. Excerpted from her diary, it is only expected that this book is rich in confession. As Dunham, who has gone on to become the voice of young feminists everywhere, writes, ‘The journals are full of a sticky nostalgia for the present and an achy loneliness unsoothed by hurling myself at every boy in tight pants I could locate in a 30-mile radius. I was shopping in all the wrong aisles.’