‘The Emissary’ takes you to Ancient Greece at the time of Alexander the Great through the tale of a young renegade who ends up with a role in shaping Greek destiny. How the idea took seed, though, is another story 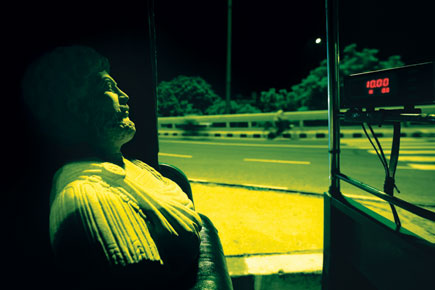 The Emissary takes you to Ancient Greece at the time of Alexander the Great through the tale of a young renegade. How the idea took seed, though, is another story.


My Greek Odyssey started sometime in 2002 over a dinner chat with Sir VS Naipaul in New Delhi. He was then a director on board of our company Tehelka and supported us morally with his presence in our running battles with the then National Democratic Alliance (NDA) regime.

Over soup at the Orient Express in the hotel Taj Palace, as talk turned to literature, the imperious Naipaul asked me whether I read any history.

Which was actually close enough to zero unless I counted historical novels as history. But to pull that kind of fast one on Naipaul was fraught with danger. If his opinion of a person changed then there was no hope of any restitution.

And right now, he looked upon me with a thin veneer of hope—as much as could be conferred on a budding novelist whose manuscript (for Bunker 13) had just been picked up by Faber & Faber.

“I am more into reading travel writing these days,” I added hopefully. Which was not strictly true, but I was counting on some recent reading of works by Ryszard Kapunscinski and Bruce Chatwin to see me through any conversation along those lines.

“It is essential for a writer to read history. It widens the scope of his imagination, amongst other things. But what kind of travel writing are you reading?” he asked with some sternness.

Naipaul’s gaze can rattle one in the best of times, and right now he seemed to be calibrating whether I was someone he should be wasting time with.

“Well, I was going through a lot of Ryszard Kapunscinski and Bruce Chatwin,” I said, shakily hoping the names would pass muster and get me past some duffer classification that his gaze seemed inclined to thrust me into.

Naipaul’s gaze mellowed as he heard me belt out a few Kapunscinski titles: Shah of Shahs, Imperium, Another Day of Life. “That’s good,” he said. I felt like I was sliding out from the gutter. There seemed a warm hum of approval. The conversation veered elsewhere.

That’s the point that I decided to brush up on history. God knows when my next brush would happen with the great man. I wanted to be on top of all the histories going. If it’s history one must read to polish one’s imagination and storytelling skills, so be it. It was in this frame of mind that I latched onto the works of Thucydides, Arrian, Herodotus and others who wrote about ancient Greece. Their works fascinated me. Actually, I had always been curious about why ancient Greek religious beliefs and their pantheon of gods could not survive the onslaught of Christianity. Naipaul enlivened that impetus.

Of all ancient works, Herodotus’ The Histories stands apart. As the historian Momigliano puts it: ‘There was no Herodotus before Herodotus.’ Herodotus himself draws on witnesses and oral traditions, apart from his own travel experiences. The ancient Greek was writing history before ‘history’ was a subject as we know it. Though some are irritated by his various digressions, these snippets of life in Egypt and Persia regaled me no end. Here’s one passage among many:

‘In the beginning, Periandros was certainly a more gentle ruler than his [tyrant] father, but after communicating with Thrasyboulos, tyrant of Miletus, through messengers, he became far more bloodthirsty… he sent a herald to Thrasyboulos to ask advice about how he could best administer the city so as to make his rule as secure as possible. Thrasyboulos led the man… into a field planted with grain. While they walked together… whenever he saw one of the stalks extending above the others, he would cut it off and throw it away, until the finest and tallest of the grain had been destroyed. He never offered a single word of advice, but sent the herald back… [who] reported everything. Periandros understood… and perceived that he was advising him to murder the prominent men of the city.’

I also found Thucydides’s The Peloponnesian War, about the warring Athenians and Spartans, utterly absorbing. My big eureka moment, though, came while reading Arrian’s The Campaigns of Alexander and Indica. Arrian was a Greek who commanded two Roman legions under Emperor Hadrian, and he based his account of Alexander the Great on the histories of Ptolemy and Aristobulus. Writes Arrian: ‘I need not declare my name—though it is by no means unheard of in this world; I need not specify my country and family, or any official position I may have held. Rather let me say this: that this book is, and has been since my youth, more precious than country and kin and public advancement—indeed for me it is these things.’

So fascinated did I become with Arrian’s account of Alexander that a general outline of a novel started sprouting in my mind. A character set in the time of Alexander through whom I could revisit the battles, events and other historical landmarks of the times. In this way was born Selecus, son of Nicanor, the character who narrates his own story in The Emissary. It is through him that I imagine behind-the-scene events and forces that could have shaped the lives of King Philip, Alexander, the Persian King Darius, the Athenian orator Demosthenes, and others living in this era. From chariot racing in Olympia to naval escapades and battles, I had to research the whole gamut of Greek life. In this, these ancient works were invaluable. The idea was to get my character alongside such historical figures and have him in relationships with them, adversarial, friendly, whatever. Also, to construct plots which would give alternative interpretations to established historical fact.

In such an approach, I would have to stick largely to the politics and famous land engagements of the times, between which I would navigate my own plot.

The Greeks had an energy that signified vice as well as virtue. Their kings had little sense of moral unease. They had priesthoods and led their lives under oracular guidance. They sacrificed to their gods and goddesses. In fact, one of the most fascinating details to emerge of Alexander’s life was his fetish for sacrifices to please not only his personal gods but others as well. Arrian was invaluable in etching out Alexander’s movements once he got it into his head to conquer all the known world—after his India campaign he intended to return to Greece and proceed north against Europe’s Germanic tribes. The story, as it swirled in my head, encompassed all his wanderings—to India’s northwestern frontier and his return march through the Gedrosian desert to Babylon, where he died young.

But by the time the writing roughly reached its halfway mark, I was already around 240,000 words up and my agent blew a fuse.

It was then that I decided to break up my tale into two parts, The Emissary being the first. It’s about 194,000 words now. A lot of the material left out is for the sequel.

Two questions have often popped up when people hear about this upcoming novel of mine.  Why Greece, they ask. Also, did I happen to go there for my research? Surely, the telling of such a tale would have involved a lot of old-fashioned museum hopping, red bus tours of ancient ruins and going through papyrus documents. Though I did the first two (after writing the tale!), it didn’t lead me to change anything much.

Reading the ancients was enough to immerse my mind into an earlier era. The cadence of their sentences and reading of their anecdotes was enough to fire my imagination. When I felt the magic fading in my mind, all I had to do was reread the three authors. Not for help with scene plotting or characters, but more to get into some kind of Greek zone. Thucydides’ work alone has nearly 150 direct or indirect speeches. Just reading how they spoke did the trick.

My visit to Greece, however, did help in a few respects. The ruins of the Acropolis in Athens were not as I had imagined through photographs and texts. My visit to a few islands in the Cyclades was eye opening on how barren they were. Journeying across the islands in ultra-fast ferries was itself surreal. My two-hour ride would have taken the Greeks a week of rowing in their triremes.

And in times where battles were perhaps a pretext for social interaction, the Greek topography could only have led to a hard life. That’s why the Greeks were always in awe of Persian extravagance. Resources were precious for them, not to be wasted. The Greeks revelled in defeating armies and sinking navies. In the midst of all this, they left us the seed of modern democracy. Perhaps their current problems have to do with the sins of having inflicted upon us the vagaries of majorities.