Lockdown satire by an insider outsider 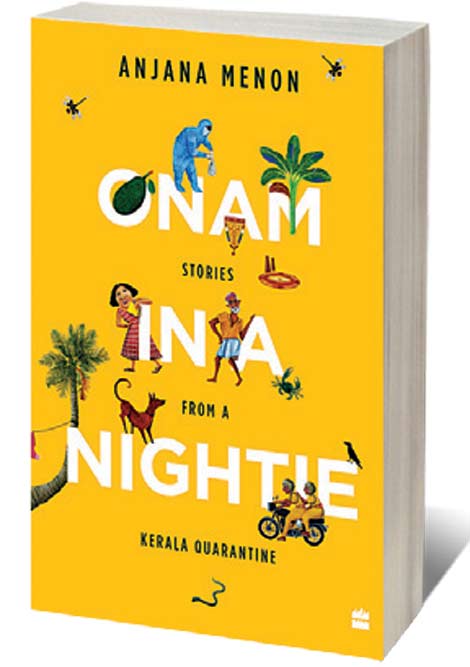 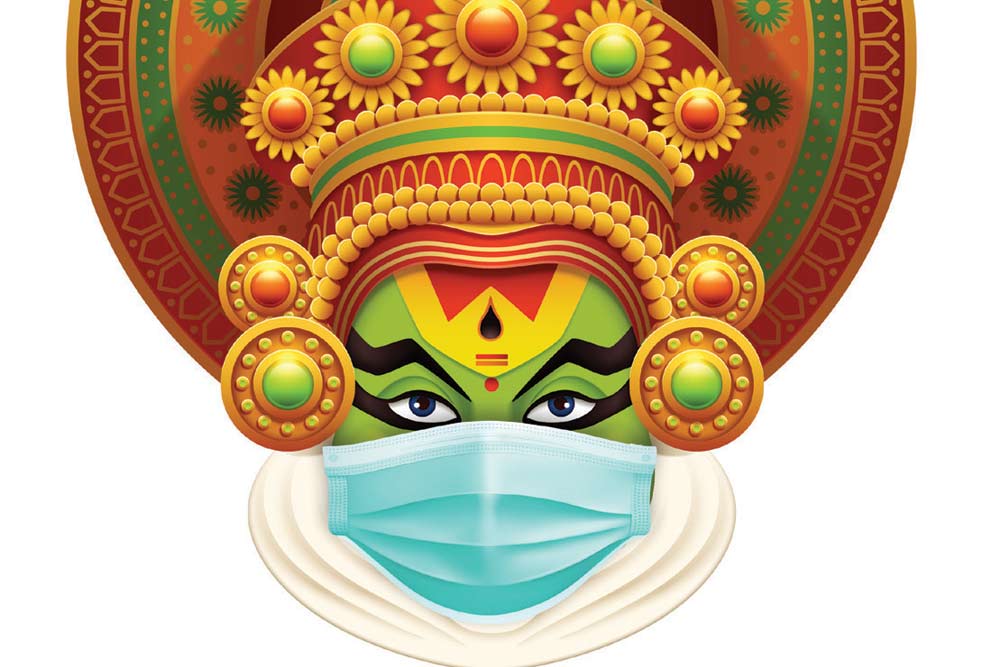 SHE’S TOUGH. SHE’S zippy. She’s as addictive as a packet of banana chips. You know the kind.

Every disc is a cliché to God’s Own Country. Except, she’s deep fried it in the boiling oil of the pandemic that has brought her back to her ancestral home town in Thrissur, one of the ventricles in the heart of Kerala. At the same time, they are so addictive you’re more than content to wriggle down next to her, maybe wearing that eponymous nightie and wait for her to flip the next banana chip.

It’s hardly surprising to be told that Anjana Menon has wielded many a slotted ladle as a business journalist working for Bloomberg News, founder editor of the business daily Mint and now calls herself a content strategy consultant. It’s in these capacities that she appears to be at home in diverse worlds. She might casually slip in a reference to Noida where she is referred to as a “Madrasi” and it’s tribal customs when it comes to the kitty party ladies and their elaborate stratagems in doling out gifts during Diwali.

When she morphs into her Thrissur mode, and people call her “mole” (daughter), she details the fine heft of the cotton “set mundu” with its discreet gold border, the exact mode of preparation of simple food items for the “sadhya” or offering it at Onam. It’s done with such a light touch that it’s very much like the unfurling of the pastel parasols atop the elephants during the mock battle of the two competing lines of pachyderm armies at the fabled Thrissur Pooram.

What makes her insider-outsider strategy interesting is that in her preface Menon describes her memories of two such events. One of the first recollections she has of the Pooram festival is being taken there by her grandfather. As a little girl, she remembers the heaving mass of testosterone fuelled men, their feet stomping in a frenzy of excited participation as the battle of the elephants unfolds. She then recollects another occasion when as an adult she leads a group of young Californian women to witness the spectacle amidst an inebriated flailing of arms. She leaves the mega tourism event with her final comment: “The Pooram to me, is a meticulously embroidered festival laced with brutality.”

Her show stopper is a letter that she writes to [former] US President Donald Trump on the very night the election results are relayed across the world. Because of the pandemic her world has shrunk to the balcony adjoining her bedrooms on the floor atop her parent’s home. It’s her look-out tower to the outside world. Like Rapunzel, we know from her author photos that she has that mass of curly hair mandated by copious applications of fresh coconut oil, she lets down her gaze and fixes it on all those who have been tasked by the government to keep an eye on her condition.

Her observations enlivened by the line drawings of Anujath Sindhu Vinaylal recall the wit and wisdom of the doyen of Malayali cartoonists Shankar Pillai and his book Life with Grandfather. Instead of a crocodile, Menon wrestles with a cobra couple in the yard, meets a mongoose family, complains about mosquitoes, the mysterious ways of electrical outages and the mercurial moods of the family’s Man Friday who appears half-way through her incarceration. Sivankutty is one of the many stock males who pepper her rasam. Or more exactly her chukkuvalam—the pinkish liquid of dry ginger water that is deemed a health drink. What’s more there’s an excellent glossary and an index to direct non-Malayalis into these arcane matters.

She calls her experience, “A slender passage of joy in a lingering epidemic”.

As we said before, just pass the chips.