Prison diaries of the infamously famous 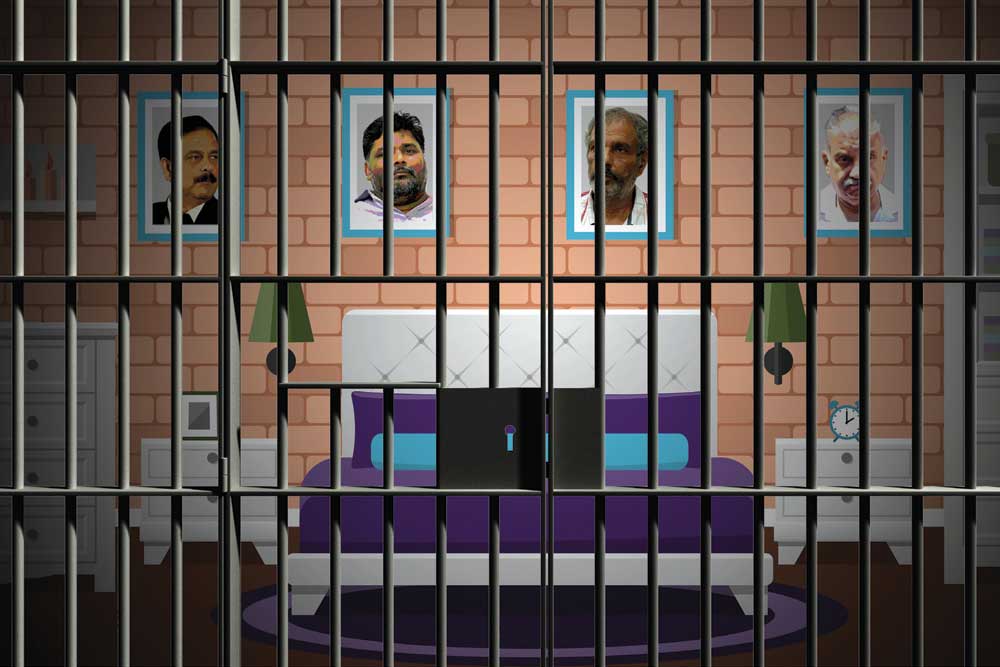 IT WAS A book that changed the world and entered the popular lexicon as shorthand for the terrible cruelty exercised by the state upon those ideologically or criminally guilty of transgressing the law. The Gulag Archipelago by Aleksandr Solzhenitsyn, a searing three-volume indictment of the systematic torture and death of thousands of Soviet citizens in prisons/labour camps across the country, is the closest example of mass judicial killings we have to the Holocaust. Since its publication in 1974, it has unleashed a genre of prison writing that has resulted in some of the most remarkable literature of our time. In cinema, (The Shawshank Redemption , In the Name of the Father), on the small screen (Oz, Orange is the New Black, Prison Break) and in print, Jeffrey Archer’s Prison Diaries is the latest in a tradition that includes some of the world’s most charismatic politicians like Mandela and Nehru. Not surprisingly, the US leads the world in prison-based fact and fiction writing, given it has the highest number of incarcerated people in the world at 736 per 100,000. Next comes Russia at 615 per 100,000 with India coming far behind at 30 prisoners per 100,000.

Figures, however, sometimes bely reality. In India, the relatively low ratio of prisoners hides a large population living in perilous jail conditions where torture, gang rape and other heinous offences occur under the eyes—and often by the hand—of the police, jail doctors and inmates. Dr Martin Luther King memorably said, “The greatest tragedy in life is not the deeds of evil men, the greatest tragedy is the silence of good ones.” What makes us complicit in the prison rapes, tortures, killings and suicides—four deaths occur every day in jails across India according to the Asian Centre for Human Rights—is our silence. The deafening silence of the lambs. Which is why an insider account of what happens in our prisons is a book that has been a long time coming.

Even if Behind Bars:Prison Tales of India’s Most Famous by NDTV anchor Sunetra Choudhury focuses largely on the privileged lives of India’s VIP prisoners, somewhere in the course of her research, Choudhury realised: ‘How could I write a book on prison life and not write about those who are powerless and without a voice or wrongly incarcerated?’ It is the few chapters on these victims that will haunt you.

The bulk of her book was inspired by this statement by former Romanian supermodel Anca Verma (‘who wore Louis Vuitton in Tihar’) wife of arms dealer Abhishek Verma: ‘If you steal 1,000 rupees, the hawaldar will beat the shit out of you and lock you up in a dungeon with no bulb or ventilation. If you steal Rs55,000 crores then you get to stay in a 40-foot cell which has four split units (airconditioners), internet, fax, mobile phones and a staff of 10 to clean your shoes and cook your food (in case it is not being delivered from Hyatt that particular day).’ The reference is, of course, to Sahara CEO Subrata Roy, who enjoys a sumptuous lifestyle behind bars. Roy is writing his own prison account and didn’t say much to Choudhury beyond, ‘I shouldn’t be in your book, I’m not a criminal …there isn’t even an FIR against me.’

Once in jail, the media loses interest in VIP prisoners and there is little public information about how rules are bent and law takes a backseat when it comes to people like Sanjeev Nanda, Vikas and Vishal Yadav, Manu Sharma, who were given special benefits and often sent out on parole and furlough for their ‘good behaviour’. In fact, Vikas and Vishal Yadav, who killed Nitish Katara, were admonished by the Supreme Court for making 87 visits to AIIMS for ailments that could have been cured on jail premises.

For those who follow sensational celebrity prisoners, there are first-hand interviews with former Samajwadi Party leader Amar Singh, the ‘Tandoor Murderer’ Sushil Sharma, ex-DMK leader A Raja, former Star TV CEO Peter Mukerjea, AAP minister Somnath Bharti, Bihar strongman Pappu Yadav and 70-year-old Maoist Kobad Ghandy. While it’s fascinating to read their accounts of prison life and the crimes that got them there, what devastated this reader was the harrowing descriptions of prison violence. As in the case of Wahid Sheikh, a suspected SIMI activist who was subjected to such horrific torture— genital mutilation, water boarding —at the hands of police officials, that they were pulled up by the Bombay High Court. Or the story of Khushi, the beautiful transgender bar dancer (‘she looks like Aishwarya Rai’) who was picked from the streets, for no reason, with her cohorts. Later, in her statement recorded before a magistrate she gives details of being brutally raped in a cell at midnight by four police officials while a constable with a white mobile phone recorded the sordid attack. Khushi was threatened with fake cases of narcotic possession by the police if she reported the case—but that didn’t deter her. ‘The lack of any clear law protecting transgenders leads to rampant sexual attacks on them,’ writes Choudhury.

If Indian prisons are so overcrowded and violent that they can destroy the health of a young person, what is the impact of incarceration on the 70-year- old Kobad Ghandy? Born in a well-off Parsi family, this Doon school alumni suffers from an array of health problems, but his greatest fear is the gang of slashers know as bladebaaz who exist in every prison. Even Suresh Kalmadi was held at knifepoint once. ‘The charge for setting a bladebaaz is 5000 to 10,000 rupees,’ writes Choudhury, ‘and they usually strike on the bus going to court when the police will not enter due to the security threat. …A bladebaaz spree on a bus can result in 25 people being cut at one go.’ Ghandy has also shared space with the 2012 gang rapists who killed Nirbhaya. Just before he attempted to commit suicide, Vinay Sharma , one of Nirbhaya’s rapists, told Kobad he’d been raped in prison, ‘but considering some of the things that happen in jail, rape isn’t the worst that can happen,’ he says philosophically.

This isn’t a book for the faint-hearted with its stomach-churning descriptions of filth and violence but it casts a strong light on an area of darkness. It will prick your conscience and invite you to reflect on the conspiracy of silence that accompanies the gross human rights abuse in judicial custody. For those who are titillated by the crimes of those in high places—you will not be disappointed at their first-person accounts.

Afzal Guru: Doon school alumni Kobad Ghandy, a Maoist, who befriended hanged Kashmiri separatist Afzal Guru in prison, says: ‘Afzal Guru was the exact opposite of what the media portrayed him—a fundamental fanatic…(he) believed in the Sufi tradition of Islam with its emphasis on humanity, love and equality…Afzal was not only vehemently opposed to methods of the fundamentalist of bombing/ killing the innocent public, he also had a deep dislike for the Pakistani ISI. He would often say they were worse than R&AW and were responsible for the killings/ assassinations of large number of intellectuals who were for Azaadi and not for a merger with Pakistan.’

Peter Mukerjea: Ex-CEO Star TV on being in jail where he is studying law books: ‘Its like being in a spa …no alcohol, no cigarettes, early to bed, early to rise, exercise for a couple of hours, lots of reading, plenty of time to think, no junk food—all very healthy.’ But later he confesses he was joking. ‘It’s miserable, not fun and although it’s an experience, it’s not one I would recommend to anyone. It’s pathetic. Jails are overcrowded and far from being a reform centre, they are a grim reality check on life.’

Pappu Yadav: ‘In Delhi jail there is a Jatav gang or a Jat or Gujjar gang,’ explaining he was under the protection of gangster Arjun Yadav. ‘I became a ‘paniya’, which literally means the water boy. Fetching water for other inmates is the least dirty work…young, beautiful boys become wives in jail. And if a big dada takes a fancy to you that means you won’t be touched by anyone else.’