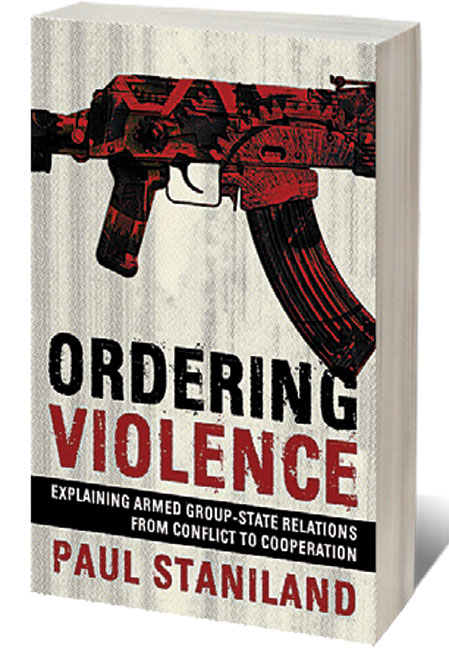 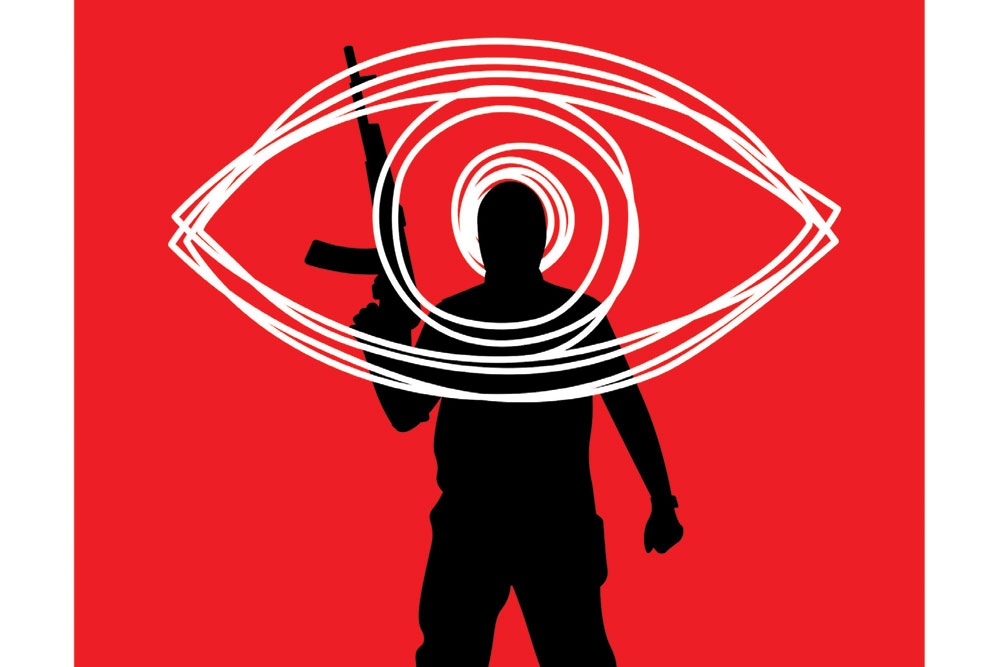 
IF ONE WERE to describe cheese and chalk among the ranks of terrorists in India, Jarnail Singh Bhindranwale and Mohammad Yusuf Parray would be the closest to the expression. Bhindranwale, nominally a Jathedar of the Damdami Taksal order in Chowk Mehta, Punjab, considered himself a “servant of god”. Parray, who joined and later left the Hizbul Mujahideen (HuM), called himself a musician. But there is another description for the two: both were rare examples of terrorists who “aligned” themselves with the government.

The expression “aligned” is likely to be controversial, especially in the case of Bhindranwale. But a wide-ranging new study about how governments and security forces in South Asia sort out armed groups and pick their fights—so to speak—says otherwise. In Ordering Violence: Explaining Armed Group-State Relations from Conflict to Cooperation (Cornell University Press; 360 pages; $34.95) Paul Staniland parses the murky world of friends and enemies of governments among armed groups. There are instances when armed groups (the author’s neutral expression for militants and terrorists) and governments join hands even when they are fighting each other. Bhindranwale’s case is perhaps unique in the history of Indian insurgency as he was “tolerated” by Congress governments in Punjab and at the Centre as a ploy to weaken Akali Dal. The stratagem backfired and from being “aligned” at one time, the preacher-turned-terrorist became an “enemy” quickly.

Staniland’s argument is conceptually simple even as it allows a fairly neat boxing of data. When one looks at government-armed group interactions, four relationships or “armed orders” emerge. This is a spectrum that ranges from total war, containment, limited cooperation and lastly, alliance. While the endpoints of the spectrum—alliance and total war—are neatly demarcated, it is the middle “grey zone” that is murky. It is in this zone that “cooperation” between armed groups and government is most likely to take place. The deep force affecting where a group falls on this spectrum is due to a government’s “ideological project”, basically its threat perception based on the politics of the armed group.

Based on these ideas, the author sketches “five empirical expectations” from Indian data. One, linguistic and tribal armed groups lie in the grey zone and are least likely to face severe repression under any government. Two, minority religious groups, Muslims and Sikhs, should be the most threatening and face the greatest conflict with BJP, even more intensely repressive than Congress. Three, Leftist groups should lie in between, closer to the grey zone than Islamist groups but nearer the opposed end than the tribal/linguistic insurgents. Four, “intra-systemic” armed groups, even if large and violent, should be broadly tolerated. Five, Hindu nationalist armed groups should receive more repression under Congress than BJP and are more likely to get support under BJP.


Letting ‘data speak for itself’ often leads to strange conclusions. But in Paul Staniland’s case, the marshalling of the historical context is impressive

This is a large and ambitious work that ranges across India, Pakistan, Myanmar and Sri Lanka. Its great attraction is its careful situating of data in specific historical contexts. Usually, data-driven studies have a strange lop-sidedness to them. Letting “data speak for itself” often leads to strange conclusions. But in Staniland’s case, the marshalling of the historical context is impressive. Further, the creation of a new and unique dataset on terrorism—the Armed Orders in South Asia (AOSA) dataset—has been designed to measure and incorporate the conceptual variables. Both represent an intellectual achievement.

The obverse of this ambition, however, is that some slippage is likely in such a work. Consider, first, Staniland’s “five empirical expectations”. There, he says that Muslim and Sikh armed groups are likely to face far more severe repression under BJP rule, even more than under Congress. Historically, BJP was not around when the Khalistan insurgency was tackled. If anything, current evidence points in a different direction. Consider the contrasting fate of the agitation against the Citizenship Amendment Act (CAA) in states ruled by BJP (Uttar Pradesh, for example) and that against the three farm reform laws passed by Parliament in 2020. The latter was spearheaded by “secular” farmers’ groups but there is evidence that over the course of a year, the agitation has led to religious polarisation in Punjab. While the anti-CAA protest—when it turned violent—was suppressed by the police in UP, the Centre unilaterally withdrew the three farm laws, not wanting to polarise and antagonise Sikhs in Punjab. If one looks at Staniland’s spectrum, Punjab and its farmers should have been subjected to tougher treatment and more so as BJP has virtually no political stakes in Punjab. It is open knowledge that within BJP and RSS, they don’t consider Sikhs as “enemies.”

Then, consider the conceptualisation of armed orders based on ideology and tactical reasons. In this framework, state capacity is ruled out right at the outset in the book. Staniland compares the US, Europe and Japan and their approaches to armed groups. Because these regions also had to deal with armed groups and did that selectively, hence for him it is not an issue of state capacity. But this is more or less an empirical and not a conceptual issue. The US, Europe and Japan may have dealt with these groups selectively for ideological reasons. India—in contrast—had its hands forced by resources and terrain. The example in this case is the contrasting fate of Naxalite/Maoist insurgency in its three phases. The first phase (1967-1973) was repressed quickly as it was localised mainly in West Bengal. The second phase (1970s to early 2000s) was more prolonged and widespread. But once it was suppressed in the plains of Andhra Pradesh, Maoists removed themselves to their “rear area” in the dense forests of Bastar (Chhattisgarh), Gadchiroli (Maharashtra) and parts of Southern Odisha. It is in this remote and densely forested area that Maoists have persisted since 1980. Only now, towards the end of the second decade of the 21st century has the government begun to actively push them back. If it were a matter of mere ideological preferences, then Maoists should have been left alone or “contained.” But the fact is that at each stage of the insurgency, across state governments and ones at the Centre with different ideological complexions, Maoists have been pursued relentlessly. It was a Congress Prime Minister who famously declared Maoists to be the “greatest internal security threat” to India.

The evidence Staniland presents is amenable to a state capacity explanation. When compared with Pakistan, Myanmar and Sri Lanka, India seems to have a high level of “containment order” as compared to other countries. Might this be due to capacity limitations? It is instructive to note that Myanmar—a country with a very different political system but equally challenging geographic features—also has a very high level of containment order even if the interpretation given by the author is very different.

These, however, are differences in emphasis and given the vast amount of data to be packed into compact categories, are quite natural. The jarring part of this otherwise fine work is its attempt to include “Hindu armed groups” into its classificatory schema. There are two points of interest here. There are indeed thuggish groups that go about troubling people on occasions like Valentine’s Day. Then there have been allegations of violence (such the alleged role of “Hindu extremists” in the Samjhauta Express bombing in 2007). These have never been proven conclusively and have been mired in controversy. If such “Hindu armed groups” ever emerge, they are likely to be viewed with alarm by BJP and RSS and are unlikely to become “aligned” groups. In a work that deals with real armed groups that range from Maoists to Kashmiri separatists and more, it is strange to see the inclusion of shadowy groups whose existence, frankly, is questionable.