The extraordinary romance of the ordinary 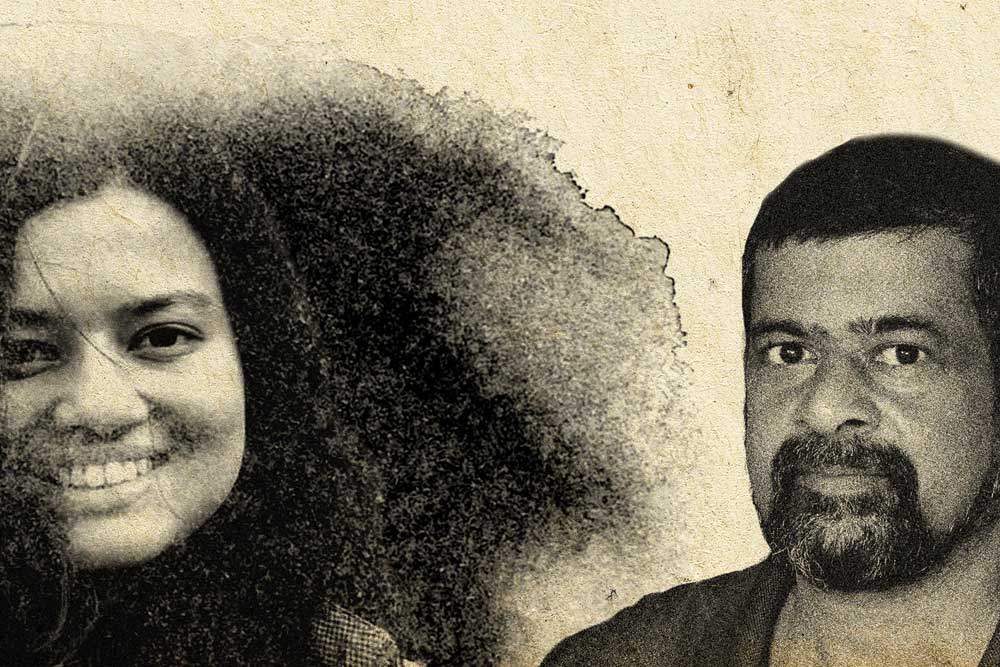 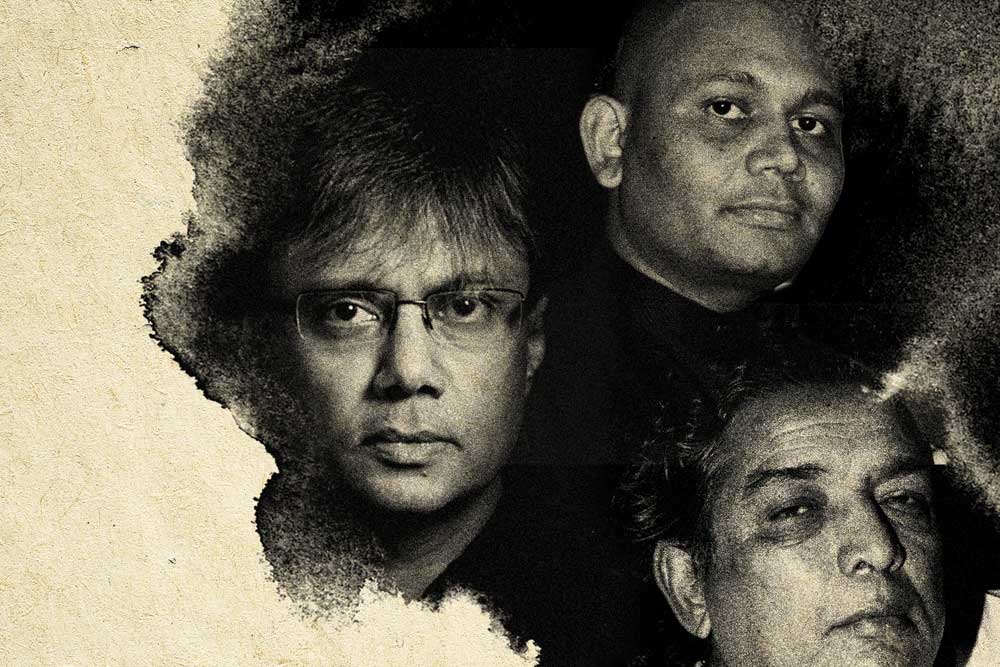 POETRY IS RARELY EXTRAORDINARY. By that I mean it is seldom about extraordinary situations or dispositions. Even if about war or revolution or god, a poem most often deals with experiences that are common to us all, like desire, fear, or death. These poetry collections each pursue the commonplace with different interests, tenor, and insight. In dissecting and rearranging what we can readily empathise with, they attempt to refashion the mundane into prayer, elegy, anthem even. Within a web of broken hearts, wanderlust, cynicism and idealism, they try to claim a brief moment in which we may consider what we have lived, as though we have never known it at all.

THE COLLECTED POEMS OF Vijay Nambisan (who passed away last August) are nothing short of a revelation. As one reads through the length of the poet’s career, one realises that this is the voice of a (now rare) traditional poet-philosopher, one who pursued one big question all his life. From beginning to end, Nambisan strays little into new themes or formal inventions. He seems far more interested in an esoteric project: what matters when the only thing that is certain is our end?

But Nambisan’s poems aren’t dark, fatalistic musings. They are elegant, witty, scholarly meditations on the world we see around us every day. In No Fallacy is Pathetic, he pits the sky against the earth it looms over:

‘Above, the sentimental sky is matching
colours.
I know it well by now. Picking on
someone below,
If no human a dog then or a cow…’

Later, in the same poem, he writes of the sky:

‘It can never resist a touch of the dramatic
Never be itself: no man can be miserable but
It too must let fall two giant tears’

The constant pull and push between man and his surroundings fuels these poems. Controlled language seems lush. Simple observations shatter—‘A need for more than water, a thirst/ That water cannot assuage, but water must.’

Nambisan, although on a metaphysical inquiry in his poems, does not write from a place of ignorance. He pulls from a wide range of readings, from Sanskrit mythology to the Greeks to 20th century American literature. These references aren’t heavy, though. Citations always seem to be in service of a reading that is emotional. In Sakuntala (of Kalidasa’s text) he writes, ‘Sensing that all is magic, prelude to birth, a dream/ She looks beyond the far hills and knows it will be soon.’

It is a big task to make sense of an ultimately fated life but Nambisan is almost stubborn in his pursuit. He walks into happiness and sorrow and passion and loss, somewhere wanting to transcend the language with which he tries to encapsulate it all. ‘In all that is devout,’ he asks, ‘Is there not an unspeakable place.’ As with the body, he knows that these words, too, must decay toward some unknown future.

A TERRARIUM ENCOMPASSES an entire world in miniature. Through the thickness of the surrounding glass, each object inside is magnified, distorted, made a thing of curiosity. True to its name, Urvashi Bahuguna’s first book holds within it an expanse of geographies, characters, memories, and material things. Each seemingly inconsequential situation, whether a middle-school geography lesson or a train ride, when viewed through the poem, warps into a moment that is profound and yet somehow still trivial. That contortion of common happenings into something peculiar and elevated is the strength of this collection. Bahuguna’s speaker is bold, unafraid to indulge in what should have been fleeting, always ready to claim that she is worldly even in her sheltered experience.

Divided into five parts, the collection reads much like a biography of a person who has lived in many places, from London to Goa to Tamil Nadu. Each poem on this map is fixed on a particular memory of love, confusion, understanding, alienation, violation. Although sometimes a little too precious with imagery of nature and rain and stars, Bahuguna recalls and recreates these pasts tenderly, elegantly, and without guard. Rather than leave the reader behind the looking glass, she invites them into a privacy. And that is her feminist assertion. In one of the darker poems, We Are a Few Burials Overdue, she writes, ‘He thinks of my mind as a hurricane/in a landlocked country./ He looks at me and sometimes/ wants to bury me too.’ In another, she is more carefree, ‘…it took me/ years to dance here—in my own skin for whole minutes.’ There is no space to dismiss the woman as confessional. The sentimental woman of inner thoughts is also the confident philosopher, offering lessons that are too immense to shake off. Lessons as deep and wide as ‘how to love this bruised and bumpy earth.’

IF ONE WANTED TO CARRY ON a journey a book of poems as a travel guide, Abhay K’s The Eight-eyed Lord of Kathmandu might be ideal for a visit to Nepal’s capital. In the opening poem, Bhaktapur, the city describes its own pagodas as ‘poetry written with bricks.’ And that is a fitting description also for this collection, which poem by poem, brick by brick, constructs a city, its streets, and gods, and grand pasts.

The sense that the speaker reveres the city deeply never ceases and the metropolis itself takes on different roles— playground, sanctuary, lover, paradise. ‘I wish to lose myself in your immensity,’ he says to the mountains, as though they are standing in for a spiritual guide. Each poem changes voice and scene. Some poems repeat mythology. Some, depict pastoral visions. Sometimes, a deity speaks. Sometimes, a monument. But always, the presence of the outsider lingers and yet that doesn’t feel like a transgression. There is delicateness, not fanaticism, in these pilgrim’s notes:

Abhay creates a mythical, divine city full of strange spectacles and much grandeur, before quietly shattering that pretension. A collection that began with a ‘pursuit of the Lord’ in ‘long labyrinths of delight’ ends with a ‘few dollars in my hand’. A collection that could easily have been a one-tone exoticisation confronts its own awestruck gaze. That self- inflicted desolation is necessary—it is why the obeisance of the early verses succeeds. In a city of gods, the devout, travelling speaker emerges thoroughly human, drunk and ‘go[ing] out with women/ to the nearest bus stop.’

MANY WHO DO NOT READ Urdu know Kaifi Azmi’s poetry without knowing it is his. Azmi has written beloved film songs such as Waqt ne Kiya from Kagaz ke Phool or Zara si Aahat from Haqeeqat. But Azmi was not simply a film lyricist.

A member of the Communist Party and the Progressive Writers’ Movement, he wrote passionately about politics and revolution in several poems. Comprised of his verses on love and women, Kaifiyat includes poems that display the different registers of Azmi’s writing. Take, for example, Imagination (Tasawur):

‘Why do I remember you thus, what is this
dream you show
As though you are standing in front of me,
smiling
This delicate body, the soft hands, this
beautiful neck, these supple arms’

Each poem in this collection is presented in Urdu (in Roman script) with the English translation beside it. For fans of Kaifi Azmi, these translations might be a welcome addition to bookshelves, but for the uninitiated reader, who does not understand Urdu, these translations are not consistently evocative.

It isn’t a matter of a translation somehow ‘living up to’ an original. In fact, these translations, in terms of meaning, stay generally faithful to their originals. But the translations aren’t rendered with a poet’s hand. They often feel prosaic, longing for the lilt that one finds in Azmi’s Urdu. Still, for Anglophone readers wanting to discover modern Urdu poetry from India, this collection is not a bad place to start.

‘WHY, IF I WERE TO SAY/THESE words are faltu, should it/ be self-deprecation?’ Chaudhuri considers in his poem, Faltu. The question carries the grain of Sweet Shop, a collection that is whimsical, irreverent, and yet cerebral— often too cerebral to stir emotion. Each poem forms a humorous dialogue between inconsequential thoughts and rather insightful ones on what should be inconsequential—spectacles, petha, sandesh.

In the title poem, Sweet Shop, he writes, ‘The whole universe is here… In the harmony shielded by the glass/ is an unnoticed balance of gravity and play.’ Decadent and garish sweets gaze out from behind the display case, and Chaudhuri, on the other side, makes a case for their purpose. Perishable sweet nothings stand as cosmic presences here, though Chaudhuri is cloyingly sentimental about them only on occasion.

Throughout the collection, he attempts to put such otherwise ignored things on display to conjure a larger existence—theirs and our own. And these things aren’t pretty stones and flowers and birds—typically beautiful and unnoticed bodies. Rather, they are living room arrangements, stale oil and fingers.

In describing the lives of these passé things, Chaudhuri writes a personal history between Calcutta and Europe, a longing for a home that was left, and a restrained nostalgia for childhood. Yet, he seldom dwells on these meaty journeys.

In Tapas, he reveals that the poems do not hold onto to their insights quite purposefully:

‘These were no resting places.
The point was to move on.
In Calcutta, too, sweet shops
are meant for dispersals.’

For the reader who is satisfied with lexical play, the collection might succeed as a clever elegy to everyday nonsense. The more sentimental reader, however, is left pondering nothing much at all.