A memoir that straddles the personal and the political, the intimate and the public 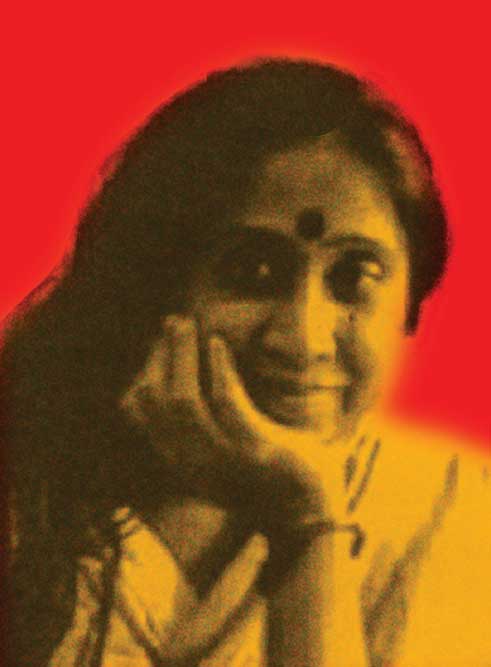 WANT TO Destroy Myself, translated from the Marathi Mala Udhhvasta Vhaychay, is an unusual name for a memoir. It is also unusual for its writer, Malika Amar Shaikh, was a young woman at the time she wrote it. When asked why she was writing her autobiography so early in life, ‘Does experience ask for your age before it happens to you?’ she asked back.

Mala Udhhvasta Vhaychay caused a sensation in Marathi literary circles when it first released, but disappeared after the first print run. Acclaimed poet and author Jerry Pinto, who has translated the book, in his foreword describes his search for a copy of the original as well as access to its reclusive writer. Once he did begin reading the book, he could not put it down.

‘Malika Amar Shaikh’s tone is conversational but what she is telling you about straddles the personal and the political, the intimate and the public, the bedroom and the venereal disease clinic,’ he writes.

Malika Amar Shaikh is the daughter of communist folk poet Shahir Amar Shaikh, and was the wife of the Marathi revolutionary poet Namdeo Dhasal who died in 2014.

In the initial chapters, she recounts her childhood and adolescent life in the hallowed circles of art and activism of the 1960s’ Mumbai. The warm, exciting glow of her father’s social circle included luminaries like actress Bhakti Barve and social reformer-poet Anna Bhau Sathe.

Barely out of school, Malika was courted by Namdeo Dhasal, a rising star on the political horizon. He co-founded the Dalit Panthers in 1972 and published his first volume of poetry, Golpitha, the same year. Against her family’s counsel, Malika married the maverick Namdeo.

The rest of the book recounts her tumultuous years with him. The telling is agonised, and searing in its honesty. As its translator Jerry Pinto says, it is a book hard to put down once you’ve begun reading.

This is the portrait of a free soul witnessing the crumbling of her own psyche. She talks about not being able to complete the courses she’d start, the solo late-night walks by the sea, and leaving her only child Ashu to try to live apart when Namdeo’s beatings got too severe. She would return home, drawn by her love for the child. It is the portrait of an abused woman who would not stop asking difficult questions.

Namdeo Dhasal’s and her life together played out against the rise and decay of the Dalit movement. Malika rues that Dalits would not allow the communists to be part of their journey, almost a metaphor for Namdeo’s and her marriage. She was of communist upbringing. When their son was born, Malika came home from hospital to find her husband had changed— he was no longer her companion. Steadily, her despair grew. His violence, womanising and even political to-and-fro-ing took its toll on her.

Just one of many moving passages: ‘I would wait, wondering where he had gone, what he was doing. And the memories of old hurts would return to plague me until he arrived. Slowly the night would advance upon me, red in tooth and claw. This endless waiting would seem like the night had driven needles into my chest… He felt nothing about assuaging his desires in brothels as any lecher might? All those fine words and fine thoughts—what right did people like this have to make fine speeches?’

This book is also a truly honest look at women’s lives: ‘Their strong desire for a child, for a home, shocked me… one needs a home, a caste, a religion, a mahatma, a saint and a child. It seems humanity looks for happiness in these bonds. Why do we believe that happiness arises only out of stability, security and commitment? It seems we are unable to rid ourselves of these archetypes. And yet isn’t the desire for freedom one of the fundamental principles on which our common humanity is based? How do we forget this?’

While the last couple of chapters of I Want to Destroy Myself ramble through incidents and characters, the book redeems itself through passages like the ones above. Malika Amar Shaikh’s forthright self-portrait—and Jerry Pinto’s translation that opens it to non-Marathi readers—is a disturbing yet luminous read.