Fittest of Them All 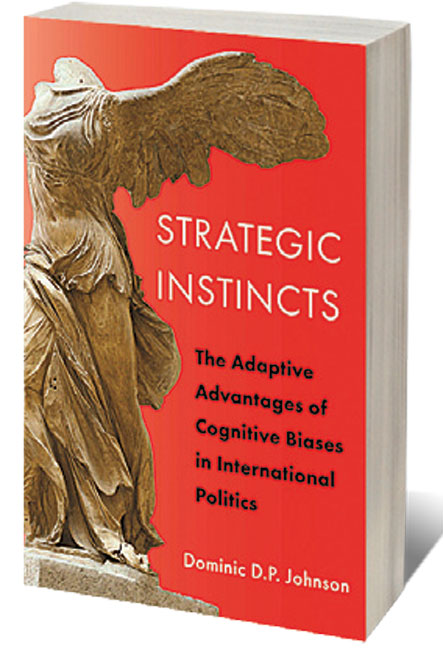 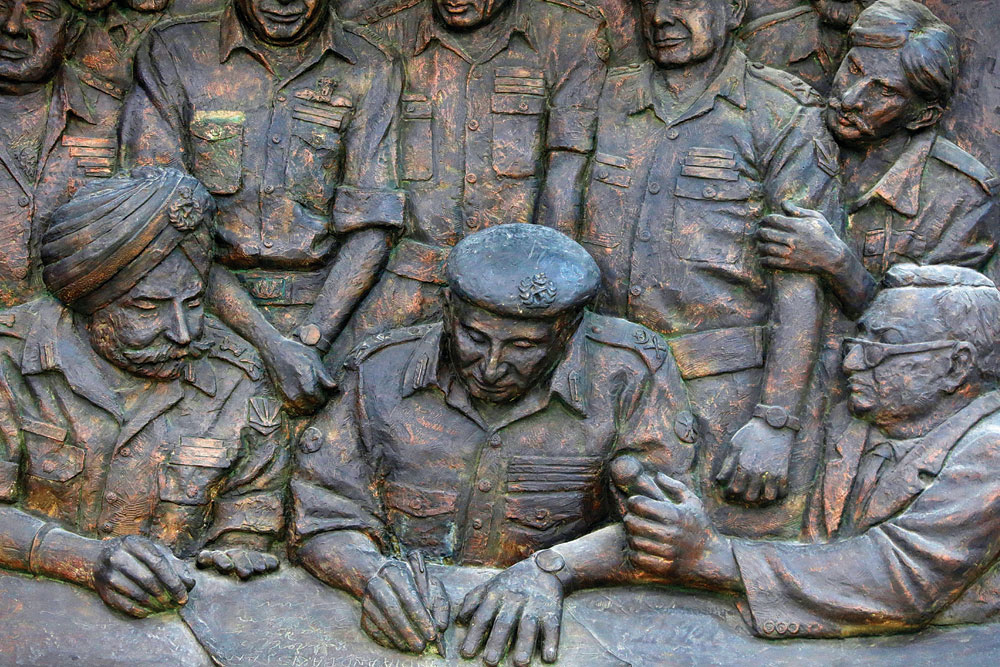 A panel depicting the signing of the Pakistani Instrument of Surrender in 1971, National Museum of India, Delhi (Photo: Getty Images)


SOMETIME IN AUGUST 1965, irregular troops of the Pakistani army began infiltrating Jammu & Kashmir. The plan was to create conditions that would enable the local population to rise in rebellion against India. The plan did not work. Six years later, in early December 1971, Pakistan launched a pre-emptive air strike on Indian targets. The war lasted a mere 13 days and culminated in Pakistan losing its eastern wing. These adventures did not end and two decades on, Pakistan launched an operation not very different in intent from the one in 1965. Once again, it lost the war after initial success in occupying Indian territory.

Students of war have continued to debate reasons for Pakistan accumulating this ledger of losses. India’s military superiority and a far larger economy made these attempts foolhardy. The intriguing question, however, is one about Pakistani calculations in confronting India. Any rational choice theorist of war would say that Pakistan miscalculated badly. But that does not explain how the same miscalculations were made time and again, given that Pakistan never enjoyed an overwhelming military advantage against India. Some would say that folly is ingrained in its military misadventures.

Dominic Johnson, a biologist and a political scientist, would agree with this assessment. Evolutionary instincts honed over millennia have made overconfidence an advantageous quality. On average, it leads to better results from individuals all the way to nation-states. The mechanism by which this happens has two parts. It allows one to persevere even against daunting odds and, at the same time, serves to bluff an enemy into believing in one’s superior strength. This flies in the face of war being based on rational assessment where military balances, economic output, terrain and a host of other factors are considered by leaders before launching an attack.

In Strategic Instincts: The Adaptive Advantage of Cognitive Biases in International Politics, Johnson sketches a bold theory that seeks to explain the behaviour of nation-states and leaders based on human evolutionary instincts that were forged far earlier in natural history but continue to be operative, and beneficial, right until the present. He combines three traits—cognitive biases—that lie at the root of observed behaviour of states: overconfidence; fundamental attribution error (FAE); and in-group versus out-group bias. He writes, ‘Overconfidence simply describes one’s assessment of the probability of an outcome (beliefs about an event), whatever happens in the end (the result of an event)… overconfidence therefore does not mean being ‘too confident’ for some task… rather overconfidence means being ‘more confident than one ought to be,’ given the circumstances.’ FAE describes the idea that people attribute the behaviour of others to their characteristics, personality or motives (‘dispositions’) while one’s own behaviour is attributed to ‘situational’ causes like environmental constraints, time, competing commitments or being forced into a corner. In versus out group bias is favouring one’s own kind while disfavouring ‘others’. Put together, the picture is at odds with the rational choice framework that informs most social science.

The question remains why would humans, long held to be calculating machines par excellence, deviate from rational behaviour? Johnson lists four reasons: 1) speed: cognitive biases lead to more rapid responses than the grinding demands of ‘expected utility’ calculations central to rational choice; 2) efficiency: cognitive biases are likely to have been biologically cheaper to produce and more effective; 3) evolvability: biases are more likely to be available due to pre-existing cognitive machinery and; 4) adaptive landscape: these biases may be a small step up the slope of a local optimum in biological fitness even if they did not bestow an ultimate solution.

The case studies he presents—from the Peloponnesian War to the American War of Independence and from the disastrous British appeasement of Hitler to America’s Pacific War (WWII)—offer persuasive applications of the three cognitive biases. Athens under Pericles may have thought it rational to expand, given its unmatched naval strength after the Persian Wars and other material attributes. But when one reads Thucydides carefully, keeping in mind Johnson’s theory, one cannot but rethink the limits of rationality.


Overconfidence allows one to persevere for longer even against daunting odds and, at the same time, serves to bluff an enemy into believing in one’s superior strength. This flies in the face of war being based on rational assessment where military balances, economic output, terrain and a host of other factors are considered by leaders before launching an attack

What makes Johnson’s ideas attractive is that they offer a prospect of bridging human nature and realist theories of international relations. Realism states that the world is anarchic because it lacks government on a worldscale. Nation-states compete with each other, evaluating power balances and trying to secure advantage through war. Very often, these evaluations go wrong because of misperceptions or mistakes. Here’s where Johnson enters with overconfidence as a variable in underestimating the strength of one’s rivals while overestimating one’s ability. This is a slender bridge: human nature theories for behaviour of nation-states are a testing nightmare and it is unlikely that they will be methodologically acceptable. Their truth or falseness cannot be assessed, for now.

There are, however, problems with such theorising. Consider, for example, Pakistan’s behaviour with India. If it indeed has evolutionary roots, what explains it? The issue is especially vexing as, genetically, populations of the subcontinent should demonstrate close similarities and India should be equally warlike. The fact that Pakistan and India became distinct nation-states only in 1947 adds to problems for the cognitive bias theory. In attempting to bridge human nature and realism, the nature of states, their history, culture and their internal structure influencing their external behaviour, have been kept aside. Anyone building such a theory cannot ignore this intermediate-level source of variation.

An even bigger problem is that evolutionary explanations are functional in nature. In extremely simple terms, a particular behaviour is functional when it confers some benefit or advantage unknown to the person or persons who exhibit it. For example, biologists describe the prevalence of large animals in terms of fitness and survival benefits that size confers on them. The animal is not aware how its size is beneficial for it but the trend exists. In case overconfidence and other cognitive biases are evolutionary in nature, that is, they lead to increased survival and fitness values over time, then this behaviour is not rational in its origin. While this may make war explicable, it risks transporting a functional explanation into the social realm, a huge methodological no-no. Even if one can share Johnson’s concern that rational choice theorising has run amok in social sciences, then another problem is at hand: war becomes largely irrational and its dynamics are then, more or less, unfathomable and unpredictable. Whether this is indeed the case is an open question that has not been settled conclusively.

Johnson is aware of some of these problems. In his book he takes pains to state that too much overconfidence ends in disaster, for example, when a leader ignores the material strength of his country. He wants to keep overconfidence in an ‘intermediate zone’. But it is not clear if individuals, leaders and countries can control an evolutionary quality in such a manner.

For all its problems, evolutionary thinking allows an expansion of the current set of rather stalemated theories. The problems in this approach are formidable but so is its potential to expand human understanding. Johnson’s new book as well as its forerunner, Overconfidence and War: The Havoc and Glory of Positive Illusions (2004), offer ideas that were scarcely on the horizon even two decades ago. One of the founders of realism, Kenneth Waltz, hinted at human nature in his first book, Man, the State and War (1959), and left it there to be ignored by international relations scholars. After some intermittent and uneven theorising, Johnson seems to have picked up the threads. His biological and political reasoning are impressive and so is his new book.