In her latest collection of stories, Ruth Prawer Jhabvala writes of people you feel you already know. In her assured hands, that may not be a bad thing 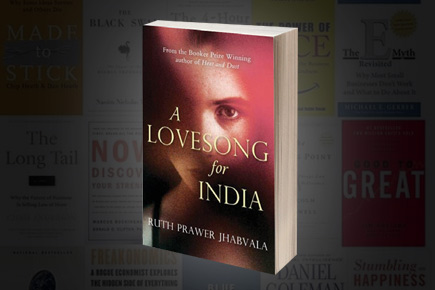 In her latest collection of stories, Ruth Prawer Jhabvala writes of people you feel you already know. In her assured hands, that may not be a bad thing


Ruth Prawer Jhabvala’s latest collection of short stories is the work of a completely assured writer operating within her comfort zone. Though, when you have a life path as singular as Jhabvala’s—born in Cologne, raised and educated in Britain after her family fled Nazi Germany in 1939, married to a Parsi architect with whom she lived 25 years in India, and settled in New York since the 1970s,—your comfort zone is likely to be more capacious, more varied in terms of personal experience than most people’s. But you might never quite have a comfort zone in the way that a less uprooted person is likely to. “Once a refugee, always a refugee,” Jhabvala once said in an interview. “I can’t ever remember not being alright wherever I was. But you don’t give your whole allegiance to a place, or want to be entirely identified with the society you’re living in.”

Many of Jhabvala’s tales in this book are about the experiences of outsiders, people who hover on the periphery of some self-contained world, waiting patiently to be let in. Sometimes, they suddenly find their way in with a sureness that seems uncanny. Sometimes, they’re drawn into a tumultuous web of relationships, made confidantes, then abruptly dismissed. Frequently, they’re foreigners, their externality made visible in ethnicity—a White person in India, or an Indian in the US. Jhabvala likes setting up contrasting types. A recurring dynamic is that between a slight, shy, nervous, almost invisible protagonist (frequently a White woman, like Jhabvala herself) and the supremely self-possessed, larger-than-

life figure to whom s/he is irresistibly drawn. In ‘School of Oriental Studies’, all of Maria’s academic prominence seems to dissolve into insignificance before the moody poetess Anuradha, who is ‘now imperious like a Hindu god flinging his thunderbolt and next moment a young girl sick with longing for a lover’. In the book’s deeply affecting opening story, ‘Innocence’, it is the silent, watchful aspiring writer Dinesh who is attracted inexorably to the sensuous, carefree Karuna, ‘Kay’ of the auburn hair and easy laughter, even as he comes to hate himself for succumbing to her charms. But there is also the even more silent narrator, the White girl on an Indian spiritual quest who is the invisible foil to Kay, and who places the story on record with an ironic, self-deprecating air.

These characters often play off against each other: the quiet one receding ever more into the background as the other assumes centrestage as a kind of natural right. In Jhabvala’s scheme of things, some people are simply born to be the centre of attraction, taking the love and admiration they receive as nothing more than their due: whether it is the Hindi film superstar Avinash or the goddess-like Munni in ‘Bombay (Pre-Mumbai)’, the supremely successful ‘cold as ice’ Robert in ‘Talent’, or Kris in ‘The New Messiah’: ‘Some of them loved him, which always happened, and though he preferred it when they only liked him, he did his best to deal gently with the others.’ There is no sense here of anger against such an unequal division of the emotional spoils—only a thoughtful, almost detached eye cast over the world as it is.

Particularly when describing women, Jhabvala is acutely conscious of the shaping presence of physical differences. Perhaps a little too conscious— in story after story, the statuesque goddess-like woman is outlined against the small bird-like one, and slowly but surely, physiognomy begins to seem like a premonition of character. In ‘Critic’, the gaunt wife is set up against the luxuriant actress; in ‘School of Oriental Studies’ it is the too-slender Maria versus the abundant Anuradha. In ‘Bombay (pre-Mumbai)’, the voluptuous Munni seems magically fated to step into the place left vacant by her mother-in-law, Shirin, who literally cannot fill out her role as hostess of her filmstar husband’s parties: ‘She was like a ghost among them… they were dusky and shiny and plump, she was frail, birdlike, with the sallow complexion of her Parsi ancestors.’ To be pale and thin and frail—presumably like Jhabvala herself—seems to presage a melancholy fate.

But despite her predilection for ‘types’ and the predictability that this entails, Jhabvala’s stories can be satisfying. At their best, her cast of characters has a rich sense of familiarity that inspires emotional investment in their often sad turns of fortune. At worst, you may feel like you know these people already. But then, is that necessarily a bad thing?