Experiments with the Novel

A mix of long fiction, travel writing, fictionalised autobiography and history, Rahul Bhattacharya fashions a different kind of a novel 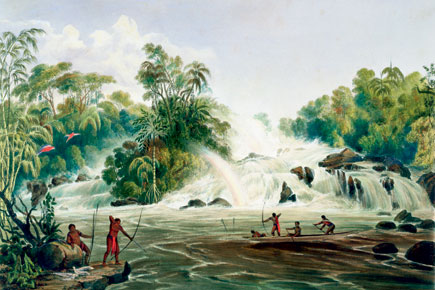 A mix of long fiction, travel writing, fictionalised autobiography and history, Rahul Bhattacharya fashions a different kind of a novel


One misses some of the terms that were once in vogue. For example, the old Marxist term ‘over-determined’. Now if there are two cultural complexes that are still discursively over-determined—in very different ways, of course—in and by the so-called West, they are surely ‘India’ and the ‘West Indies’. That alone ought to make Rahul Bhattacharya’s The Sly Company of People Who Care worth reading: for it is a novel by an Indian, set largely in Guyana.

But there are other things to commend this debut novel, which deservingly won The Hindu Best Fiction Prize and has been short-listed for the Man Asian. For one, take the subtitle: ‘a novel’. Two kinds of novels bear such a subtitle: those stating the obvious with deadpan earnestness and those delving into the nature of a novel with tongue firmly in cheek. The Sly Company of People Who Care belongs, thankfully, to the second category. It describes itself as a ‘novel’ in order to remind the reader that a novel, at least in English, is something ‘new’. And hence, Bhattacharya’s novel is not just the usual linear predictable and supposedly (yawn) readable long story reviewed by educated semi-literates on Amazon; it is a mix of long fiction, travel writing, fictionalised autobiography and history. And it is highly readable in a distinctively non-yawn-ish manner.

The story is simple. A young college-educated man from cosmopolitan India decides to escape the deadness of bourgeois life and goes to live in Guyana. There, he gets involved with a number of characters, and in particular the trickster and diamond hunter, Baby. What follows is an expedition into the wilds and marshes, hunting for diamonds. Even as the narrator-protagonist discovers a fascinating world of complexities—hammered out by colonisation, slavery and indentured labour, and constantly re-negotiated by descendants of colonisers, slaves from Africa and labourers from India and China—he encounters the alluring Jan. Jan has her own hopes, her own desperation, her own desire to escape. Together they embark on a journey that makes them cross political and personal borders.

Both Baby and Jan are a good example of this. One would have to read the novel very simplistically not to be aware of the limitations—and even, at times, the place-and-time-imposed veniality—of both the characters. And still one will have to read the novel even more simply not to be able to see their humanity, and even, in different ways, something deeply admirable or worth respecting in both of them.

Similarly, Bhattacharya’s novel does not obfuscate the violence and prejudices of its characters—it includes a gripping and disturbing account of racism-tinged criminality between the descendants of slaves and the descendants of Indian indentured labourers. But this is not employed to reduce them, intellectually or morally.

Actually, the story does not do justice to this novel. Its power resides in Bhattacharya’s ability to capture Guyanese language and humour and his choice to narrate without obfuscation but also without being judgmental. It is not that The Sly Company of People Who Care does not take a stand; it is just that it does not do so at the expense of its characters. One suspects that the author of The Sly Company of People Who Care is every bit what the novel claims to be. He cares, slyly.

The judges of The Hindu Best Fiction Prize, three of whom write in languages other than English too, had this to say of The Sly Company of People Who Care: ‘The novel with its nuanced and understated narration, consummate artistry, its refusal to exoticise India—or Guyana for that matter, such exoticisation being the bane of a lot of Indian writing in English—its non-judgmental attitude to the characters, its insightful delineation of the tyranny of forced migration spawning generations of rootless and disinherited people, its evocation of the landscape and understanding of its people, its humour that springs from a kind of detached sense of the absurd , the general grasp of the human condition that informs the whole work and its freshness of idiom, is a definite contribution to contemporary Indian novel in general.’ One cannot but agree.

At its best, The Sly Company of People Who Care reminds one of such ‘novels’ as Amitav Ghosh’s In An Antique Land and VS Naipaul’s The Enigma of Arrival. It does not copy them. Stylistically and thematically, it is very different from both these great novels. Ghosh’s In An Antique Land was a combination of history, autobiography, anthropology and conjecture (fiction), set largely in rural Egypt, that recovered certain lines of connection between India and Egypt and explored the tensions of a postcolonial modernity. VS Naipaul’s The Enigma of Arrival was a much more personal voyage from the Caribbean to the discursive centre of Naipaul’s oeuvre—a particular version of England—and a subtle exploration of the enigma of such an ‘arrival’.

Bhattacharya’s The Sly Company of People Who Care shares elements of both concerns—the complex historical excavations of Ghosh as well as the personal (at times idiosyncratic, but always complex) understanding of the times in Naipaul. But it is also different from these books in, above all, its employment of fiction. By employing a narrator who is primarily a protagonist in the novel, and embroiling him in two major adventures—one determined by male camaraderie and the other by sexual attraction, across cultural and personal differences—Bhattacharya fashions a different kind of novel, while also—like Ghosh and Naipaul—returning the concept of a novel to its roots in a new combination of elements.

Funny and sad, thoughtful and perceptive, The Sly Company of People Who Care is a novel to read slowly and savour; Bhattacharya is a writer to watch.

Tabish Khair’s current novel, The Thing About Thugs, was shortlisted for The Hindu Best Fiction Prize and the Man Asian Literary Award, and is currently shortlisted for the DSC Prize