A couple of activist doctors expose the rot in Indian healthcare 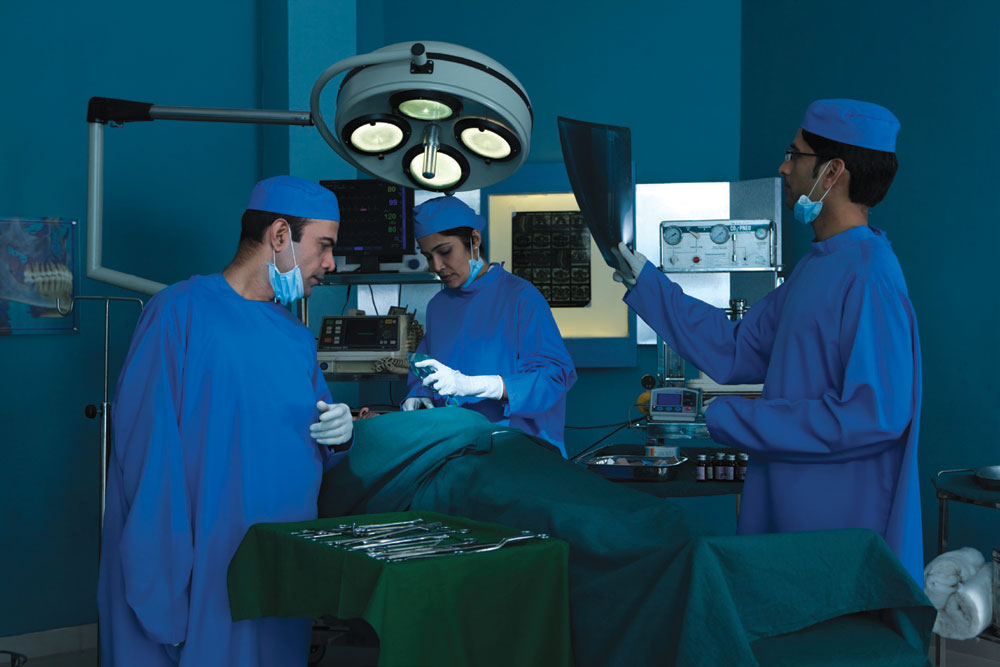 INDIA’S UNTRAMMELLED growth story has a dark side that often hits hapless citizens with grievous consequences. While the notorious real estate sector is being regulated, healthcare has transformed itself from a service to an outrageously profiteering industry in just a few decades. The private medical sector in India—which accounts for 80 per cent of our healthcare transactions—suffers from “gross commercialisation leading to widespread and threatening distortions in medical practice,” say Dr Arun Gadre, a gynaecologist, and Dr Abhay Shukla, a physician— both activists and authors of the disturbing book, Dissenting Diagnosis. “The rot is deepening with the increasing onslaught of big corporate hospitals, growing pressure from the pharmaceutical industry and massively expanding clout of medical equipment agencies,” they say.

An investigation into the increasingly murky world of healthcare, the book is based on a national survey conducted by the NGO Sathi, in which 78 doctors practising in large hospitals and private clinics across India have come together to blow the whistle on their peers. They include both prominent and lesser-known medics from Maharashtra, Chhattisgarh, Bengaluru, Delhi, Kolkata and Chennai, most of whom work in the private sector. “A cardiologist from a megacity mentioned a young colleague in a big corporate hospital, who was told that unless he converted 40 per cent of his out patients into those undergoing surgical procedures like angioplasty, he would be kicked out of the corporate hospital. To keep his job he would have to advise surgical procedures for 25 per cent of his patients who do not need it,” say the authors, outlining how many corporate hospitals are run today.

The result is exposure to unnecessary medical procedures and crippling costs that leave families wounded in a system bent on recouping enormous investments. “Around half of the households where a member undergoes hospitalisation have to borrow money or sell ornaments and other assets to meet hospitalisation-related expenses,” say Gadre and Shukla. “Every year, about 35 million Indians are pushed into poverty due to healthcare expenses.” For the better off, the medical risks are worse. Fake surgeries (a doctor talks of surface incisions and stitches passing off as a sophisticated surgery); fake diagnosis (sink tests where the sample is routinely thrown down the sink as the test is only prescribed to make money); inflated billing (cancer drugs for example are usually sold by hospitals at four to five times the price they are sourced from pharma companies) and so on.

Doctors document cases where invasive procedures, expensive tests and medicines are prescribed for no reason other than to receive commissions. “Hospitals have ‘marketing managers’,” say the authors, “who arrange alcohol parties and foreign tours for supposedly educational lectures which are sponsored by pharmaceutical [brands].” The sponsors then recoup their expenses through the growing prevalence of “irrational and wasteful medical procedures”. For instance, the rate for caesarean sections among well-off women is 17 times that of poorer women, often because urban gynaecologists don’t want to wait through long labour or follow the fad of putting a stitch in the uterus ‘to protect the foetus from a miscarriage’, which inevitably leads to a caesarean birth.

It could not have been easy to get practising doctors to introspect on their profession, and to admit the bad faith that prevails. Some have paid the price and given up dreams of big practices; others work independently. These ‘voices of conscience’ are full of righteous anger, yet also reflect a sense of helplessness at the state of this once ‘noble profession’. Mumbai-based senior diabetologist Dr Vijay Ajgaonkar says, “It is not our role to make money by taking advantage of another person’s illness, but that is exactly what is happening. They put terminally ill 70-to-80-year-olds on ventilators, keeping the hospital metre running by unnecessarily using the ICU. Let the patient go home. Let him die in peace.”

What of the rights of the patient? The second half of the book, ‘Physician Heal Thyself’, examines ways in which we can begin to clean up the system. It includes advice from doctors and examples from Asian countries where regulation has led to rationalisation of medical practices and expenses. It answers questions on patients’ rights. They exist because the Constitution guarantees us the right to life. This was upheld by the Supreme Court in the case of Sumanta Mukherjee. A 20-year-old electrical engineering student, Mukherjee was hit by a bus and taken to a hospital where he was refused emergency treatment despite medical insurance since he didn’t have the deposit money. He died by the time the money was arranged. Contrast this with a case in Thailand where a road accident victim underwent intricate brain surgery and ICU care for some weeks without paying a penny upfront as the law mandates emergency healthcare. Does decent behaviour then come down to a matter of policy?

Officials at India’s medical councils seem unable to control the extortion that is turning medicine into a national scandal. “In our book, we have suggested how ordinary citizens need to get organised for legal and operational protection of patients rights, along with demanding effective social regulation of the private medical sector,” say the authors. “We have also clearly described how medical councils have failed to ensure ethical conduct by doctors, and have been ineffective in dealing with complaints by patients regarding malpractice by doctors. The recently released report of the parliamentary committee on health has brought forth massive distortions in this body and has suggested a range of long overdue and much-needed reforms in MCI.”

A good place to start reforms would be when students join the profession. Of the approximately 425 medical colleges functioning today, well over half are private, accounting for 48 per cent of the 53,235 odd seats at the MBBS level. Newly-trained doctors, who have paid up to Rs 50 lakh for their training in some cases, are almost by definition unavailable for modest-paying jobs in the public sector. India has to step up expenditure on public health and needs to regulate the sector.

Asia’s third-largest economy spends about 1 per cent of its GDP on public health, compared with China’s 3 per cent and the United States’ 8.3 per cent. In European countries, the figure is even higher. Indian states manage their health budgets separately, but the overall direction in which the sector is moving is alarming. In 2015, India was ranked 112 in healthcare globally by WHO, which is tragic for an economy of this size.

“Today, we are seeing the results of market failure in healthcare,” say Gadre and Shukla. “While effective and accountable regulation of the private medical sector is an urgent first step, as a society we also need to dedicate serious efforts towards developing a universal healthcare system in India. The high level expert group set up by the Planning Commission, which submitted its report in 2011, has recommended a range of measures required for moving towards such a system. A country that boasts of being a global superpower, of sending a rocket to Mars, and of being among the largest producers of both doctors and medicines in the world, should be able to ensure good quality rational healthcare for everyone in the country.”

Some books are read for their elegant prose and linguistic style, others for their propositions. Some hold up a mirror, compelling us to recognise the demons we have created. Dissenting Diagnosis is one of them.