Dancing up a Storm

The story of a performer who dared 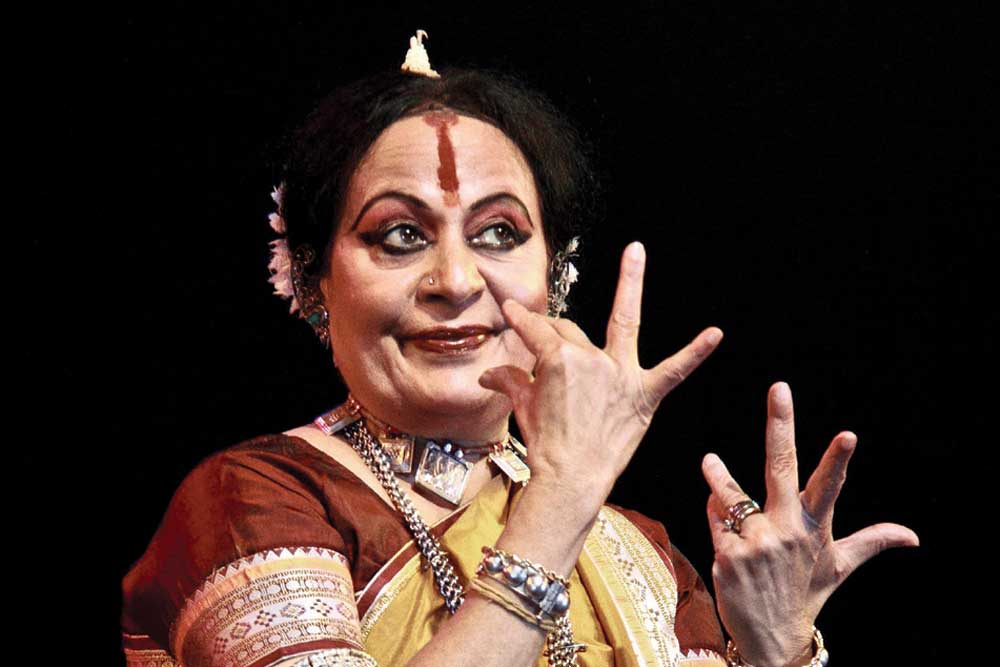 THE DANCE DIVAS who ruled the Delhi of the 60s, 70s and 80s were fascinating, inspiring women. They simply don’t make ’em like they used to—brilliant, erudite, charismatic women who commanded and got respect for their art. They travelled across the globe, moved in circles of power, were feted and wooed. And almost invariably, they led dramatic, tumultuous personal lives.

Among them was Sonal Mansingh, a star in every sense of the word. Immensely talented, proficient in both Bharatanatyam and Odissi, she was a commanding presence on stage. Who can forget the large kohl-rimmed eyes dancing even as she came on stage to give audiences a quick summary of what she was going to present—probably the first classical dancer to do so.

Sujata Prasad, who has written her official biography, is a smitten fan and she makes no bones about being awed at the task she was given. The words ‘beautiful’ and ‘stunning’ appear on almost every alternate page. Read it as an admirer’s wide-eyed walk through an idol’s remarkable life and you will not be disappointed. And Mansingh’s own life was such a rollercoaster ride in every sense that a biography cannot fail to engage.

Much of the dancer’s life is an open book. Long before feminism became fashionable in India, she had decided to live life on her own terms. She left home, ran away to her guru’s home in Bengaluru and rose to fame almost immediately after her debut, impressing audiences with her intelligence and artistry. She is incredibly well-travelled, well-read and informed, a witness to history unfolding, especially in Europe.

At a time when terms of love and marriage were non-negotiable for women, she walked out of what seemed an ideal marriage in the glare of a very public affair. She claims in the book that she is always talked off as the seductive siren when the men in her life got away with as much if not more. Even by millennial standards of liberalism, Mansingh’s life choices were truly bold.

Most of us who grew up in Delhi of the 1970s have sharp recollections of accounts of her near encounter with death and a miraculous recovery; it is something of a bookmark in the cultural history of the time. The story never fails to move and that is the case with Prasad’s book too. The one thing that Mansingh is unwavering about at all times is her dedication to dance. It is the one quiet corner of her life that none of the drama around her touches.

Past the big events of Mansingh’s eventful life, the last 10 years or so pass in a whirr in the book. It is a little more than a listing of performances, places, accolades and thundering applause (‘There were blinking fairy lights strung across the theatre, but it was Sonal’s glowing presence and the beauty of her performance that lit up the stage and had the audience catching their breath.’).

For those who have watched Mansingh dance up a storm in the 70s and 80s, it is a pity that these days she is referred to almost entirely in connection with her ties to the BJP. But there is no denying that much of her visibility today is linked to it as well.

Her controversial stints at the Sangeet Natak Akademi, the Swachh Bharat choreographies— it would have been interesting to examine these in greater detail instead of simply running with her version. Mansingh denies any saffron leanings—‘There is a perception that I tend to align with Right wing political groups. This used to bother me, but doesn’t anymore.’ But even a passing look at her Twitter account would have made for a counter question—it doesn’t happen.

Writing an official biography must be an unenviable task. Do you get great access and stay safe? Or do you critique and run the danger of being frozen out? For a fan, the choice is probably an obvious one.