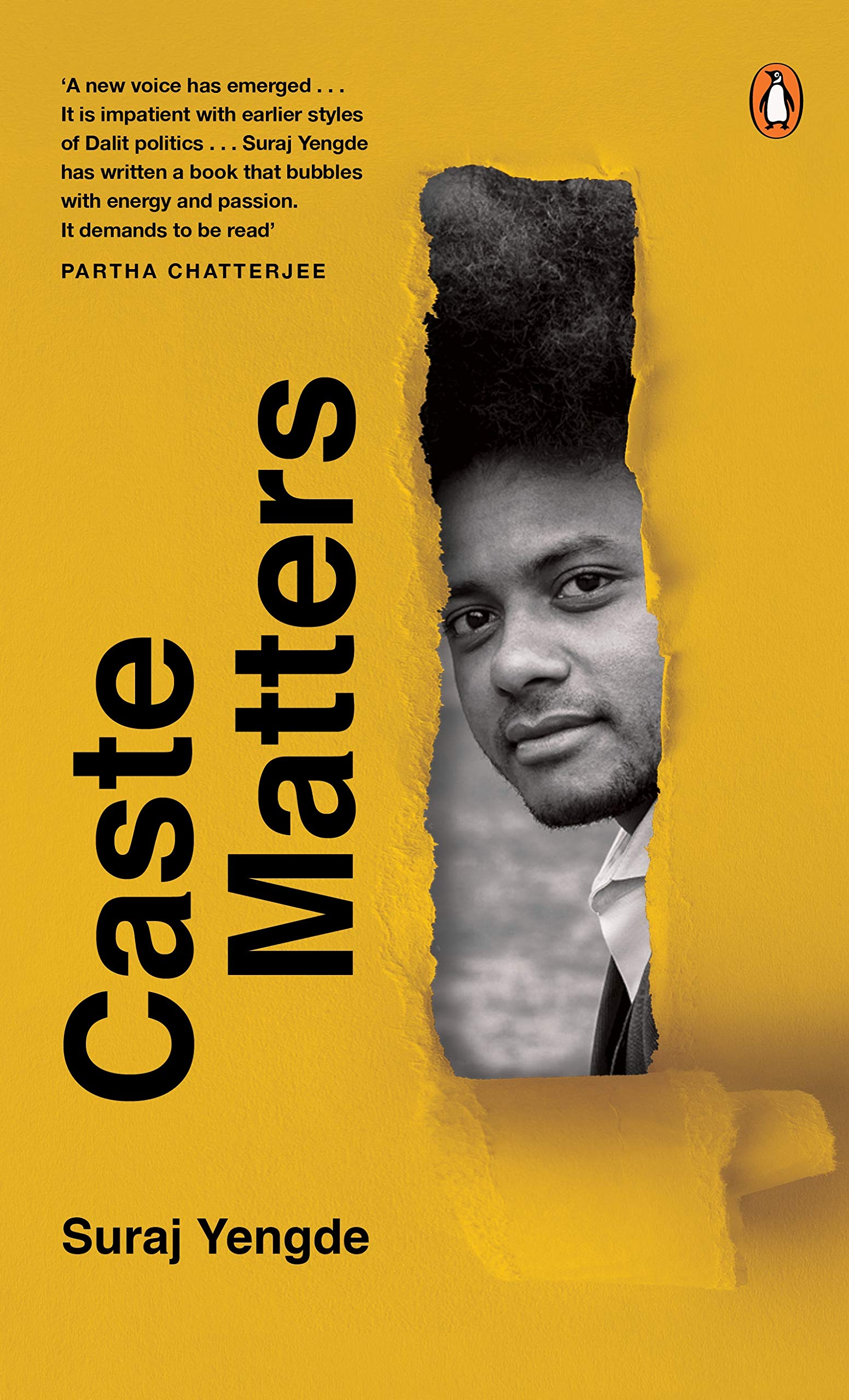 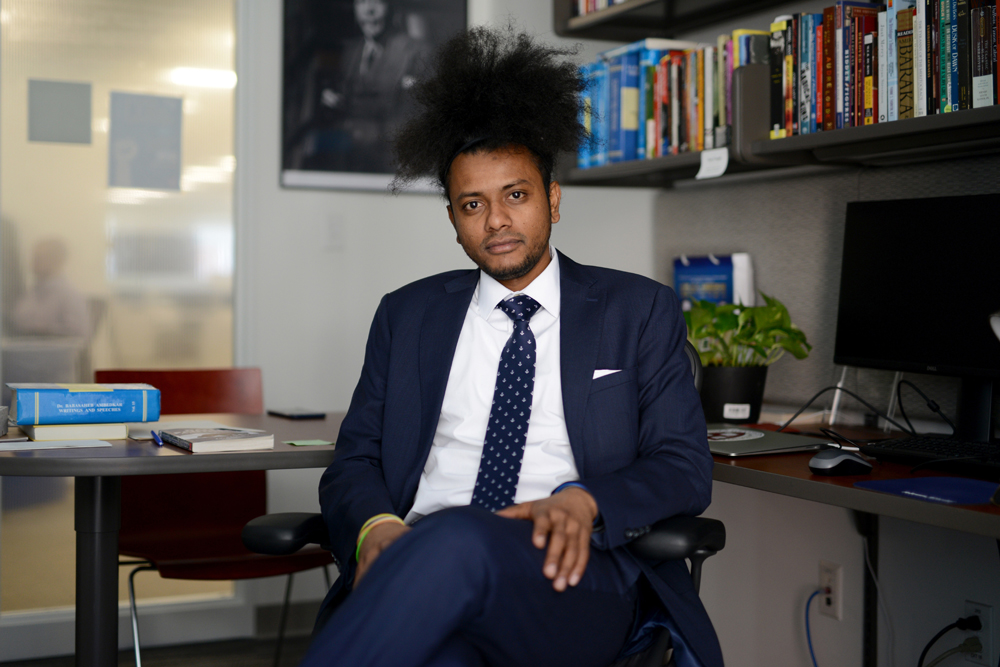 
There is something unclassifiable and open ended about Suraj Yengde’s Caste Matters. ‘Open-ended —the very last word of the last chapter—is the promise of a time made by the book, a time of ‘self-realisation’ for those upper-castes, those Brahmin readers who are given a call to arms to become ‘cultural suicide-bombers’ against the vile cause of Brahminism.

If the last chapter ‘Brahmins against Brahminism’ invites the enemy to betray and blow up their varna dharma, much of the rest of the book is animated by the word ‘Dalit’. But Dalit—what? What are the possible names and figures of this word? For instance are we talking about a Dalit autobiography? Indeed the author narrates his Dalit life in the literal sense of a life oppressed and humiliated. But he also presents his life as a site of a kind of propositional adventure of Dalit thought. At the same time, this is not an abstract book limited to circulating a certain jargon of academic authenticity; even when illustrated with stories from the American university milieu (where the author is currently conducting his research) the lessons on caste, race, and other instances of the Dalit amplitude are transmitted with an internationalist liveliness that goes beyond mere university or campus cosmopolitanism.

The name ‘Dalit’ is subject to two opposed operations in the book. On the one hand a rich associational field is opened up around ‘Dalit’—we hear such evocative phrases as ‘Dalit Love’, ‘Dalit Universalism’, ‘Dalit Tone/Voice’, ‘Dalit Liberation’ … On the other hand, certain mainstream and propagandist agendas must be subtracted from ‘Dalit’ according to the author. The most prominent example of this subtraction is Suraj Yengde’s critique of ‘Dalit Capitalism’ and the aspirational propaganda bolstering it. The striking feature of this critique is that Yengde does not spare either right wing corporate ideologies that caricaturally praise the Dalit entrepreneur or left wing valorisation of   the working class as the privileged political subject of resistance. On both sides, caste is the common playground on which the game of class—rich and poor, entrepreneur and worker—is played. The dominant caste(s) have an access to and space of negotiation if not complicity with the apparent class enemy in the game of ‘politics’. While the Dalit rebel (or should one even speak of a Dalit Proletariat, a category missing from Yengde’s book?) is left isolated by virtue of her caste position within the so called camaraderie of the working class just as she is caricaturally exceptionalised as the Dalit with ‘merit’ by the Indian (—Bania) version of global capital in search of exceptional ‘animal spirits’.

Two schematic disagreements: First, Yengde’s linguistic adventures with the word/name ‘Dalit’ have great conceptual and existential impact—but the adventure also leads to certain ambiguous conceptual effects owing to the intrinsic vacillations of language. For instance, when the author praises Dalit Liberation over Dalit Emancipation on grounds that the later is still dependent on a heteronymous authority like the state, the meaning of the word ‘emancipation’ remains ambiguous. While I echo Yengde’s desire for an Ambedkarite liberation beyond constitutionalism I can think of emancipation equally with autonomous force wherein the movement of Dalit Liberation eventually emancipates the intrinsic generic capacities of Dalits. This would amount to the emancipated return of the ‘title deeds of humanity’ to the Dalits as Ambedkar put it.

The second disagreement pertains to the point made in the book that among Ambedkar’s texts, only some are usually read and discussed—apart from Annihilation of Caste, The Buddha and his Dhamma is the other one. His prolific works on economics, for instance, are not taken seriously by university professors. For me, the appeal to the discourse of the University lowers the stakes of Ambedkarite thought including the thought of education. Ambedkar must be affirmed in all the heterogeneous unity of his life’s work—whether that includes the works on economics or the Buddha and his Dhamma. It is in such heterogeneous unity that the radicality of an author lies: this is also the reason why I fundamentally oppose the instrumentalising and selective project of a ‘Radical in Ambedkar’. You wouldn’t feel the need to go on a journey of discovering the ‘Radical in Marx,’ would you?

Finally, some of what the blurbs say about the book do it grave, if unintended, injustice. For example part of a blurb say that ‘Yengde’s anger’ is given a ‘productive’ form in the book. That implies there is first a raw Dalit emotion (anger etc) to which subsequently thought is added—which is to be recommended as opposed to presumably a nihilistic or destructive expression that such emotion might take. This is a terribly mistaken and unjust diagnosis of the books genesis. Yengde’s work is a lively and contemporary document of Dalit emotion of thought—a form, a style, or even a stylised and improvised discourse in which the destructive task is indistinguishable from the productive one. In this respect Caste Matters belongs to the great Ambedkarite lineage of the project of ‘annihilation’, Annihilation of Caste onwards. Who will presume to instruct us on whether such ‘annihilation’ is a productive or a destructive project?