D Subbarao: Lonely at the Top

A former RBI Governor returns to his problem with the government 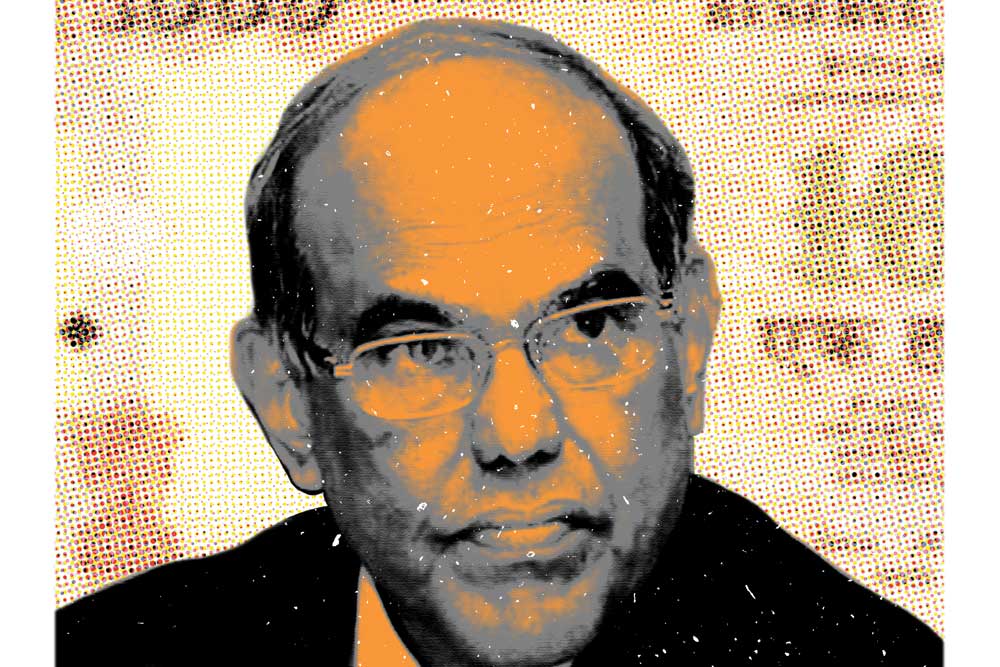 IN THE AGE when global financial flows were restricted and looked at with suspicion, central bank governors seldom wrote anything that would attract public interest. Paul Volcker, chairman of the US Federal Reserve (1979-1987), best known for slaying stagflation in the 1970s, never wrote a memoir. By the time his successor Alan Greenspan (1987-2006) called it a day, countries that shunned foreign investment and money were actively courting global capital. Greenspan, arguably the most famous central banker of his era, after presiding over the tech bubble of the late 1990s and inflating a housing bubble, wrote a suitable book: The Age of Turbulence: Adventures in a New World (2008). Financial crises often make for good copy. They certainly are the stuff of good memoirs.

India has not remained untouched by this blossoming of central bankers as writers, and the trajectory has been similar if not identical. Manmohan Singh in his avatar as Governor of the Reserve Bank of India (1982-1985) never wrote a memoir. Neither did C Rangarajan (1992-1997) or Bimal Jalan (1997-2003). Technically, it may not be accurate to say that it took crises for RBI governors to set down thoughts of their time at India’s central bank, but the two governors who did write books were at its helm when a financial and economic crisis hit India. YV Reddy (2003-2008) left office just before the 2008 global financial crisis. His successor as Governor, D Subbarao (2008-2013) faced the crisis almost from the day he assumed office in September 2008.

Subbarao has now written his memoirs Who Moved My Interest Rate?: Leading the Reserve Bank of India Through Five Turbulent Years. The title of the book is deceptively charming. The effects of the global financial crisis on the Indian economy had probably been managed by the beginning of 2010; it was turbulence of a different sort that struck the RBI and Subbarao in those years.

The most obvious way in which global events of the time affected India was the dramatic fall in its growth rate. From a high of 9.3 per cent in 2007-08, growth collapsed by almost three percentage points to 6.7 per cent in 2008-09. This was the inevitable result of India’s much closer linkages to the global economy as compared to even a decade earlier. Under Subbarao’s watch, the RBI infused ample liquidity in Indian financial markets. More than that, the new RBI Governor took care to send a clear signal to the markets that this policy would not be withdrawn quickly. This was essential to prevent negative expectations from jamming markets again, a possibility the Government and the central bank wanted to avoid at all cost.

But this infusion of liquidity—done mainly by reducing its policy rates (at that time the RBI had two such rates: repo and reverse repo)—was a dramatic departure from the Reddy years when the central bank ran a tight monetary policy keeping in mind the strong in-built inflationary tendencies in the Indian economy. Sooner or later, once the crisis subsided, this policy of ‘easy money’ would have to be rolled back. A detailed chart on page 72 of the book illustrates these wild swings in policy rates.

It was when RBI began tightening its monetary policy again that Subbarao ran into conflict with the Finance Ministry under the UPA Government. What the Indian economy required perhaps was even more effective rate tightening, but he took a series of ‘baby steps’ between July 2010 and July 2011 that raised interest rates relatively gently. Even this was not palatable to the UPA Government. Apart from directly applying pressure on the Governor, the Finance Ministry took other, rather unsavoury, steps to keep interest rates from rising.

By the late 1990s, the RBI ceased to be a mere appendage of the finance ministry. What did not change was India’s election calendar

Viewed in isolation, this behaviour of the Government—damaging as it was to the RBI’s institutional credibility and the harm it did to the Indian economy— could be considered rational. After all, reducing interest rates is believed by many—wrongly, of course—to hand more money to investors and entrepreneurs and thus create more jobs and increase the rate of economic growth. But in the overall context of that period’s economic policymaking (2008 to 2014), it was incoherence itself.

For even as the Finance Minister was pushing the RBI and public sector banks to lower interest rates, the other wings of the Government—in particular the Environment and Rural Development ministries—were applying the brakes on economic growth. Environmental clearances were routinely held back in the name of ‘environmental justice’ and acquiring land for industrial projects became almost impossible. This is akin to not letting any work happen but hand a large wad of notes to an industrialist and tell him go play. The result was that managing inflation became very difficult in those years. It was almost as if the Government wanted inflation.

SUBBARAO’S BOOK details all these episodes and more. While he stuck to his position, asserting the RBI’s autonomy, he and the central bank had to pay a price. In his estimation, the cost was the Government’s big ‘no’ to the reappointment of two deputy governors: Usha Thorat and Subir Gokarn. These events took place in 2010 and 2012, respectively. In both cases, there was a strong case for reappointment based on precedents. Subbarao, like a good leader, took the case of his colleagues to the then finance ministers—Pranab Mukherjee in Thorat’s case and P Chidambaram for Gokarn’s reappointment. The Finance Ministry took its revenge: Thorat and Gokarn never got back to the RBI. At that time, these events were speculated as exhibiting the Government’s anger at Subbarao’s ‘independence’: they have turned out to be true. The discussion on pages 175-179 should be read as a warning about what happens to central bankers in India who seek to be consistent with economic policymaking and not the Government’s whims.

While this is stuff that journalists and financial market gossip likes to hear, Subbarao is too much of a civil servant to dwell on personalities beyond a point. His reasoning for the Government’s behaviour is quite consonant with what economic theory has to say on these matters. Any government is a creature of its tenure set by the electoral calendar. It is within this period that it has to generate jobs, splurge money on populist projects to raise its probability of winning again and, in general, enjoy power for what power is. In contrast, a central bank is immune to these pressures and has a much wider ambit: preserving financial stability and ensuring that inflation does not eat into the vitals of the economy. These are goals that need a greater time horizon to be met. This is at the root of the clash between the Government and the RBI.

In the last 15-17 years, these conflicts have magnified greatly. By the late 1990s, the RBI had ceased to be a mere appendage of the Finance Ministry and approached the standards of a by-and-large independent central bank. But what did not change was India’s election calendar. And with a number of elections to state assemblies every year, the stage has been set for these conflicts to get ever sharper. No political party in power is above trying to force the hand of the RBI Governor. Given India’s integration with the global economy, getting rid of a governor who does not toe the Government’s line is not easy (investors will run away). But equally, no government in India will let a central banker do what he thinks is right without inflicting a heavy cost on him. Subbarao’s memoir should be read in that light.