Sudeep Sen dwells on the intersections between nature and human settlements 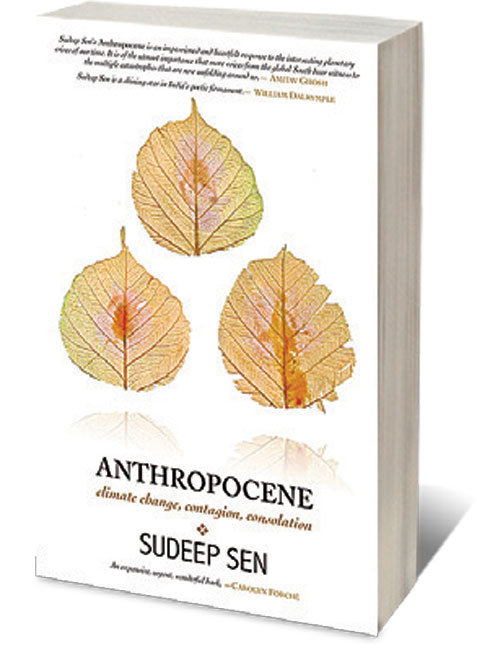 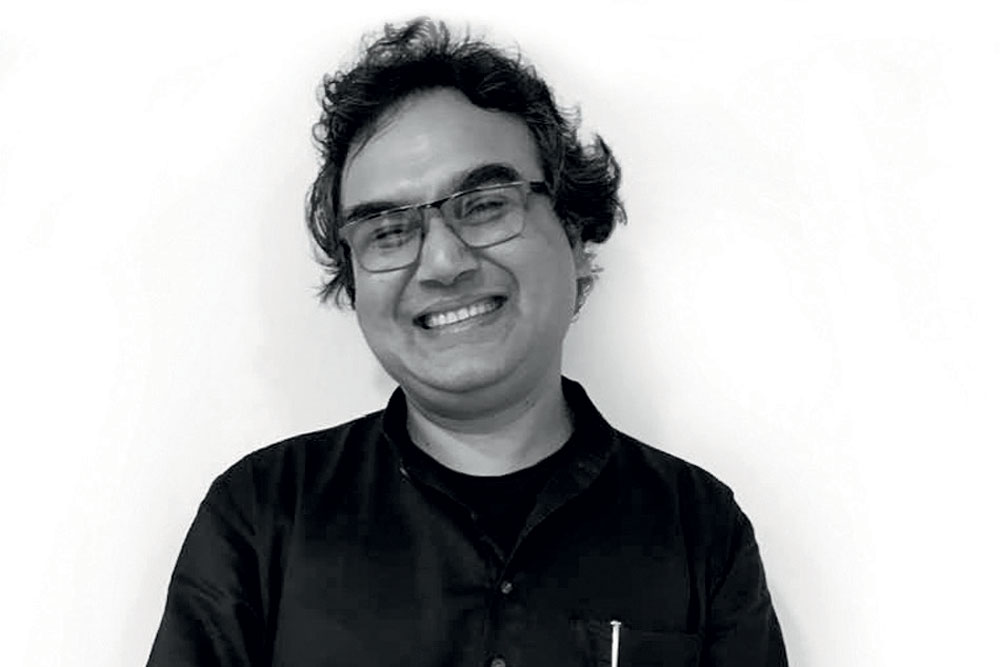 
THE CHALLENGES OF the Anthropocene crisis are multi-layered and unpredictable. They manifest themselves in endangered archipelagos, melting glaciers and rising oceans, through sudden cyclones and sweeping epidemics, floods and oil slicks. Perhaps for the first time, especially in these specifically Covidocene years, the species has been united and the planet unified as never before—unfortunately, by the threat of an extinction event unfolding in staggered, irregular phases. Our individual fates are now bound up with the fates of everyone and everything else on the planet, other species and other ecologies, so our solidarity with them cannot be expressed in a single voice. Rather, we must embrace the possibilities of polyphony.

The literary articulation of such a polyphony, as Sudeep Sen’s moving and memorable Anthropocene: Climate Change, Contagion, Consolation demonstrates, lies in an ability and even a desire to work across genres, to extend one’s resources of skill and hope, to learn other languages of curiosity, empathy and epiphany. Sen has long been a practitioner of collaboration, as a translator and editor of anthologies, and while working with musicians and dancers on compositions and performances. In this book, he brings all his chosen genres and media into play to bear witness to this unprecedented predicament: poetry, non-fiction, micro-fiction, the prose poem, translation, and photography. Even as he addresses interlocutors distant in time and space, Sen performs an elaborate soliloquy, speaking also to the more proximate Others who have long inhabited his consciousness and imagination.

Sen’s Anthropocene is at once a journal of reflections on the situation, an album of images that suggest transcendence, and a calendar of the pandemic year, spent in self-isolation. Always attentive to changing skies, the colour and texture of leaves, and the calibrations of heat and rain, Sen dwells on the minutiae of the intersections between nature and human settlement. Looking at the beloved neem tree outside his window while meditating on the domestic interior in a Delhi summer—instantly recognisable to anyone who has endured it—he writes:

Anthropocene invites us to dwell conceptually and intuitively on its three major themes: climate change as a factor that has forever altered our experience of nature and of being human; contagion as the unseen enemy, making its way through the multitudes at will, claiming its victims; and consolation, the expression of grief and the discovery of healing. Sen’s constant evocation of the larger frames of planetary beings, damaged and vulnerable though they are, turns this book into a Ritusamhara, a cycle of the seasons. Within the Sanskrit word samhara, or garland, lies a second, more minatory meaning: slaughter. Even as the seasons form a garland, they also provide a stage on which Mahakala, Shiva as Time, enacts the drama of birth, decay, death and regeneration.

In ‘Shower, Wake’, Sen evokes a monsoon whose timing and progress have been impeded by the climate crisis:

“After two weeks, the storm subsided—a war-struck wet wake—everything lay shattered in the aftermath, hungry, heavy, and low like polluted clouds of mist over a submerged mofussil that was trying to breathe and periscope back to life.”

In that tentative periscope, rising above the chaos to survey what remains, we see the sign of the survivor who is not ready to surrender to circumstance just yet.