That’s the baseline prescription of Elizabeth Pisani, the author of a book on fighting the killer virus. 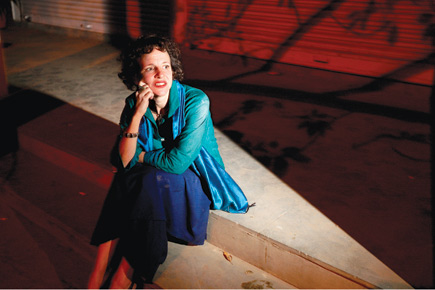 That’s the baseline prescription of Elizabeth Pisani, the author of a book on fighting the killer virus.


Q Is this book a decade too late? Should it have been called The Wisdom of Polar Bears?

A Oh, that’s a smart question, but I have a straightforward answer. I wasn’t looking for a runaway bestseller. I was looking to explain a situation that is absolutely appalling. It’s a book that has been with me for ten years, though I wrote it in three months flat. What can I say, you can write about something like this when you are motivated.

Q How do you think India has tackled the Aids crisis? Have we averted the HIV epidemic?

A India’s has been the iconic Aids story. First denial, then massive hype (do you remember the ‘India is the next Africa’ talk?) And now finally, money is moving in the right direction to the right high-risk groups. But no, we haven’t averted the kind of epidemic that India was likely to have. You were not the next Africa, so you weren’t headed for that kind of epidemic anyway. The future of the epidemic in India will be determined by the future of drug injection.

Q Earlier this year, the Delhi High Court decriminalised homosexuality. How important is this?

A At the risk of sounding like a radical, I have to say that the HIV crisis is the result of gay liberalisation. You have so many gay men meeting freely in gay bars, looking to pick up partners, it’s a prescription for HIV running riot. Repression of gay rights, ironically enough, can help curb the spread of the infection. [Aids was earlier known as Grid: Gay-related Immune Deficiency.]

Q Is there any world leader you’d call a hero in the Aids fight?

A I’m no admirer of Margaret Thatcher, but she is the icon of Aids prevention. She let her technocrats do all the work and didn’t interfere. So Britain had no Aids crisis to deal with.

Q Should prostitution be legalised?

A Absolutely. All evidence suggests legalisation allows you to have health and safety regulations in the industry and control any harm associated with the work. And it also helps reduce trafficking.

Q So why don’t we have that yet?

A Because sex workers usually say decriminalisation, not legalisation. Which means don’t arrest me for my work but don’t tax me for my earnings. And don’t tell me to get screened for the virus.

A Exactly. And a lot of the anti-legalisation shouts come from feminists. They argue that prostitution is exploitation. There is huge evidence to show that policy is not based on evidence. And then, there’s pressure from the real estate lobby. Right now in the Netherlands, the Assembly is debating a proposal to make the running of brothels illegal—because these are located in the central, priciest areas. There’s a proposal in the UK to make the buying of sex illegal, but not the selling of it. I guess democracy and public health don’t go well together.