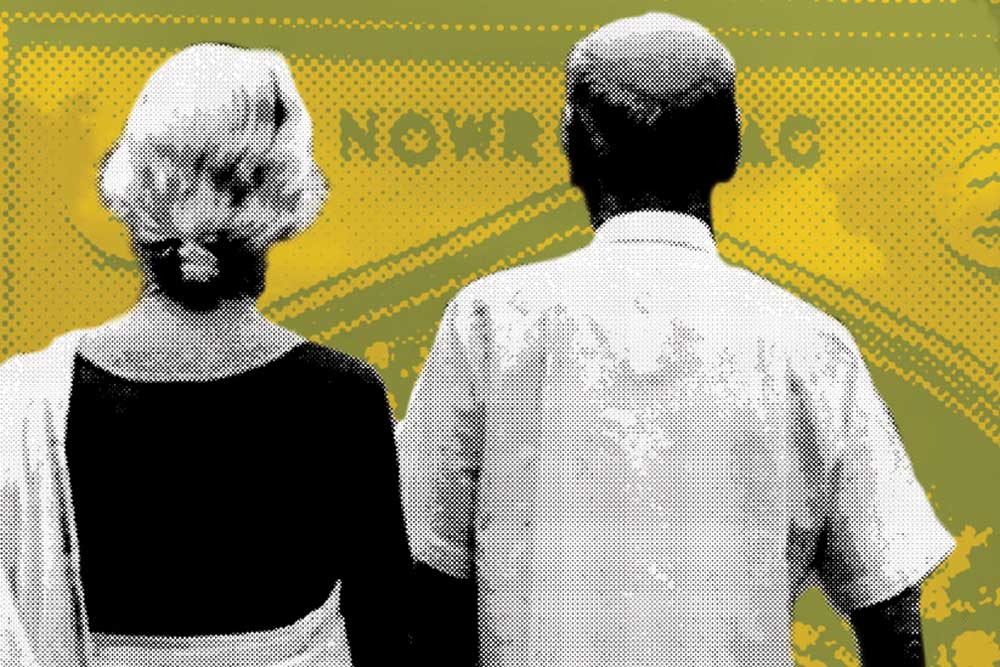 CHANDRAHAS CHOUDHURY’S Clouds chooses to tell two stories instead of one. The two halves are told in alternating chapters, and they never intersect, though they both take place in today’s Mumbai. The radicalism of this approach has been explained by the author as a way to place the narrative of an upper-caste Zoroastrian beside the story of a tribal man from Odisha who looks after an elderly Odiya Brahmin couple. The first is a slow walk through the mind and days of one man on the cusp of middle age. The second deftly explores the complex dynamics of class, caste, gender and religion in Odiya society. Whether we’re meant to exit the novel with equal appreciation for both worlds is unclear, but Clouds pushes us to ask if the merits of a novel can be judged on different criteria for different parts.

Farhad is a Parsi therapist whose post-divorce life feels incomplete. We’re introduced to him in his last days in Mumbai as he packs up for a new life in San Francisco where he’s convinced a better life awaits him. He tells a woman he’s recently met that her ideas are wasted in India, and that she must move to America for them to amount to something. In these strange last days in Mumbai, two vastly different women walk into his life. Zahra is a Zoroastrian who lives in San Francisco and is on a brief visit to the city. Hemlata is a feminist married to a man whose car Farhad damages in an accident. Farhad’s internal monologue obsesses over Zahra’s appearance. After a while, it’s difficult to discern whether this is in service of fleshing out the patterns of Farhad’s mind or whether this could have been achieved in far fewer words. Hemlata represents a different kind of womanhood for Farhad with views so contradictory to his own, he can’t help but be intrigued.

In another corner of Mumbai suffers Rabi who must take care of an ageing, demanding couple called Eeja and Ooi (whose names may be variants on the Odiya words for grandfather, aja, and grandmother, aai). Rabi is ‘a tribal and a modern’ who has risen to a ‘new place of self-respect and power’ that his tribesmen, the cloud people, can only dream of. Whereas Rabi belongs to more than one world, and is open to new thought, Eeja and Ooi are firmly set in their Brahminical beliefs. They suggest to Rabi that his good fortune is by the grace of their god, Jagannath, rather than his own god, the Cloudmaker. In Bhubaneshwar, reachable only by phone, is their son Bhagaban, who is contesting elections, hoping to better the lot of the cloud people whose sacred land, the cloud mountain, is under threat.

A few sentences in Clouds are so beautifully wrought, one doesn’t want them to end. There’s a stunning meditation on the patterns in marriage by Ooi who explains that some questions are repeated hundreds of times over the years. The difference is that Ooi repeated her questions over decades, and Eeja asks them several times a day, incapacitated as he is. Caught between a dying husband and a kind caretaker who she considers inferior to herself, Ooi becomes one of the most interesting characters, as she and Rabi exchange stories and form a kinship. The interactions between the three characters confined to a small space in Mumbai reveal much about ingrained class and caste divisions in Odiya society.

I’ve focused more on Rabi’s story because it was the one that moved me and will stay with me. It’s rare to encounter Odiyas in Indian writing in English, and several nuances highlighted by the book struck a chord with what I know but don’t like to speak about on the Odiya side of my lineage. Farhad was a far more familiar character from literature, and it was difficult to glean new depths from his story. But for a masterful, telling story that brings to light tribal and land rights, the destruction of a culture when land is seized, and the complexities of old age and grief, I would recommend Clouds.