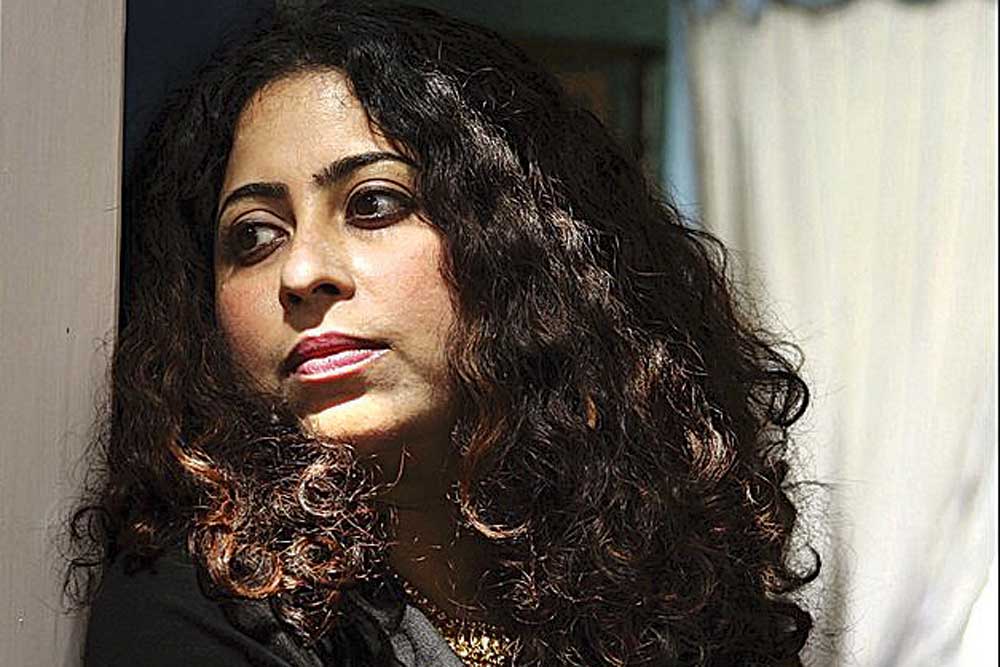 INSPECTOR BOREI GOWDA is not an easy man to love. He cheats on his wife, he is brusque, hates small talk and anything ‘cute’. Despite these shortcomings, Gowda is a policeman who doesn’t mind getting his hands dirty to find the truth. In this second book featuring Gowda—a perfectly- flawed inspector reminiscent of crime- fiction legends like Inspector Rebus created by Ian Rankin and detective Cormoran Strike by J K Rowling—gifted author Anita Nair gives us more than just a sweeping vision of a middle-aged cop chasing criminals.

This crime fiction novel’s central theme is child trafficking and sexual abuse. It lays out in great detail the horrors that a young girl or a boy who may last remember being offered a candy by a benevolent old woman, wake up to, find themselves being stripped naked and abused. It is not an easy read. It gets raw, gritty and lays out the machinations of child trafficking—greased palms, corrupt politicians, lazy child welfare activists and all the other shades of human depravity.

The book is split into chapters, each representing a day from the time Nandita, a 12-year-old schoolgirl, who is also the daughter of Gowda’s house help, is abducted. The story, however, first unfolds with a train journey where two minor boys are being smuggled to the city, a lawyer’s murder, a kidnapping, a love-smitten teenager who is pimped by her boyfriend. But the central character in the book is the city of Bengaluru. As a kara bath and filter coffee-loving native, Gowda rues how the landscape of his beloved city has been changed by new money. He laments how old institutions like the famous eatery Mavalli Tiffin Rooms are visited by hipsters to earn cool points, and how pizza and taco joints are now part of rural hamlets like Neelgubbi. But as a policeman, his cynical eyes note how the transformation goes beyond high-rise apartments, spas or liquor marts. As he says, “It is the change in the nature of crime.” As greed fuels the rise of the city, he sees men in hordes across different classes of society asking to be satiated. And the maid’s child, he fears, is another sacrifice to the toxic underbelly of the city.

The pace of the book keeps you hooked, though the first few chapters may seem like an endless series of introductions and vignettes of landscapes across the city. By the third chapter, you are comfortable with Gowda’s staff, Inspector Santosh who has recently recovered from a slit throat and finds himself teamed with a no-nonsense, beautiful sub- inspector Ratna, who keeps him on his toes. Nair does a great job of offering us an insight into Gowda’s mind that is constantly cutting through conjectures he hears from colleagues, his family and criminals. We get a peek at office politics and the awe that junior staff at Neelgubbi police station have for their eccentric boss. But most importantly, Nair gives us a look inside the innocent minds of children who are subjected to sexual abuse.

There is little left to the imagination when Nair describes the trauma these children go through. This is a crime fiction novel, but, Nair’s research is thorough and her inputs from child rescue units and advocacy firms make it a sound read, also leaving you with an uncomfortable gut-punch, knowing that each of these abuse stories is based on a real case.

The writing is immersive and delivers thrills from the word go as Inspector Gowda uses his guile to gain information from ‘sources’ while he fumbles through his daily routine at the police station, appeasing senior management and keeping his sanity and investigating team together. The novel is tight, and only Gowda is fully fleshed out as a character; the others, like his assistants and even his mistress, are described in a hurry and sometimes you wish you knew them better. Gowda himself is an acquired taste for the first-time reader—he talks to himself, he takes one too many showers, he thinks a lot about his girlfriend and lugs his freight of guilt around when he meets his blunt-talking wife. But, for a dramatic, decisively solve- the-crime plot, this Kannadiga police inspector doesn’t disappoint.