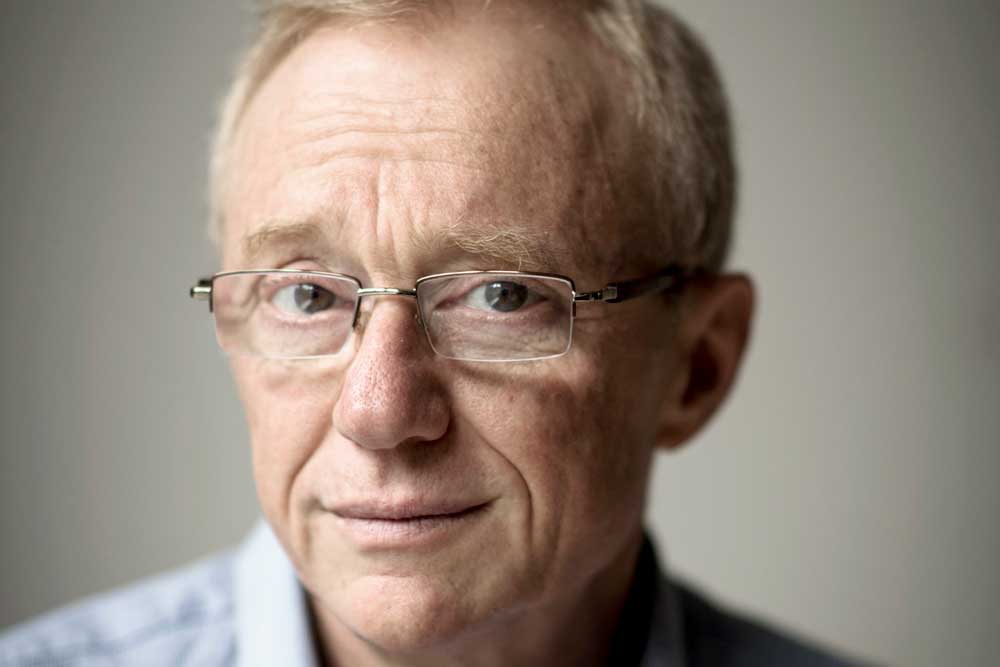 The Israeli writer David Grossman’s exquisitely crafted new novel, A Horse Walks into a Bar, is set at a tatty little club in Netanya, a small coastal city sandwiched between Haifa and Tel Aviv. Here, Dovaleh Greenstein, a middle-aged and shrivelling stand-up comedian, is on-stage. Dovaleh describes himself a ‘whore for jokes’. And over the course of a two-hour routine, he delivers a number of quips, interspersing them with often cringe-worthy arguments with an impatient audience. These wisecracks are, for the most part, either deeply perverted or ragingly morbid. They are also seldom funny. But much as the subject at the centre of Grossman’s work seeks validation as a comedian, the book itself has graver ambitions, to explore, as the best novels must do, the very nature of the human condition. Grossman achieves this objective with a rare brilliance, aided by an excellent translation from the Hebrew by Jessica Cohen.

At first, Dovaleh runs us through an array of jokes—sample this: A snail is attacked by two turtles. When the police questions it, the snail says, “I don’t remember, it all happened so fast.” But we soon find out that the novel’s narrator is neither Dovaleh nor the author, but a former judge of the district courts, Avishai Lazar. The judge, who is sat in the audience, watches the show unfold, as Dovaleh re-counts one event after another from his life, each seemingly more dismal than the previous.

We learn that Avishai is there at the invitation of Dovaleh. They were acquainted at a military summer camp during their teenage years, but they had never seen each other since. When Dovaleh calls Avishai all these decades later, the judge, at first, can scarcely place the caller. But the comedian pleads with the judge, imploring him to come along to the show:

“I want you to look at me,” Dovaleh tells Avishai. “I want you to see me, really see me, and then afterward tell me.
“Tell you what?”
“What you saw.”

Avishai, recently widowed and even more recently dismissed as a judge, finally consents. What we read is what Avishai saw. The judge considers stand-up comedy as a “pretty pathetic form of entertainment,” but as the evening unwinds his surprise at why Dovaleh might have invited him turns into an absorption at the comedian’s plight. Here, Grossman’s telling speaks, in some senses, to our own roles as partakers of an artistic performance. “How did he do that? I wonder,” Avishai says, at one point. “How, in such a short time, did he manage to turn the audience, even me to some extent, into household members of his soul? And into its hostages?”

But, yet, as Dovaleh goes on, as his jokes come to merely interpose the agonisingly private confessions of his life—the unhappy marriage of his parents, the oddity of his childhood, the struggles of his adulthood, his many divorces—the audience, one at a time, leaves the arena. Through this all, however, Grossman never relents, maintaining a burning intensity to the narration. And, as Dovaleh recounts the most personal of his stories, from the days of the summer camp, when he was removed abruptly by a few soldiers to be taken to the site of a parent’s funeral, not knowing which one of them had died, the tale attains a grave poignancy. Here, at the climax, Avishai realises that he might have played a minor part in the story, if only to be present as witness when Dovaleh was taken away from the camp, an event that had tormented virtually the entirety of the comedian’s adult life, and which ultimately drove Dovaleh into choosing the rather thankless career that he did.

In all, A Horse Walks into a Bar, which is less than 200 pages long, is wonderfully tailored. Although it’s vastly different from the rest of Grossman’s work, it not only adds to his significantly rich oeuvre, it is also filled with all the sensitivity and moral power that permeates most of his work. As the judges of the Man Booker International prize, which the book won, put it, Grossman has “attempted an ambitious high-wire act of a novel, and he’s pulled it off spectacularly.”