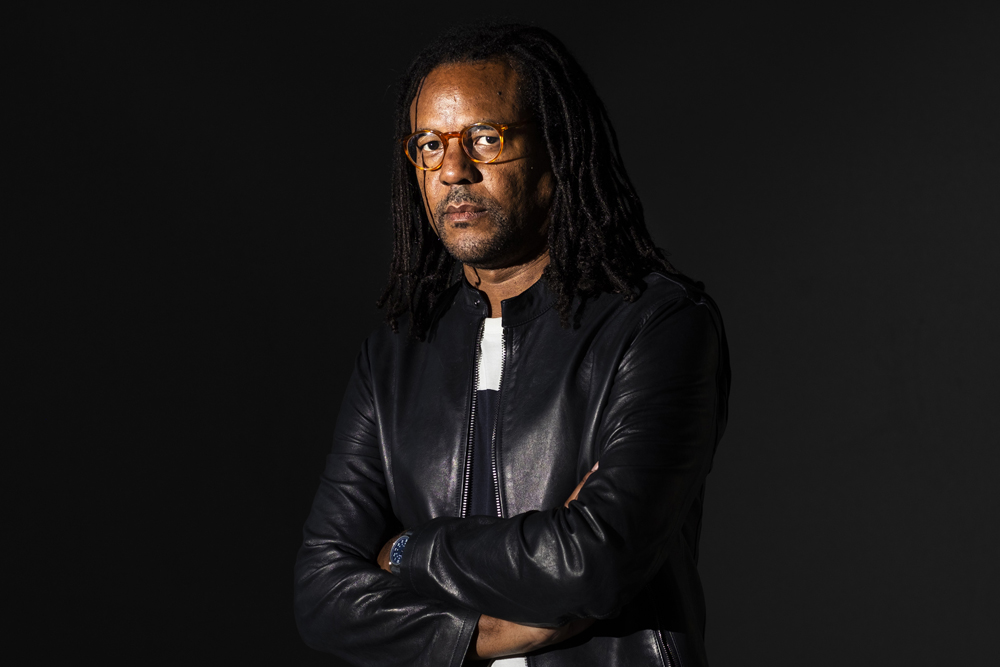 
Earlier this month, Colson Whitehead won the Pulitzer Prize for Fiction for his seventh novel, The Nickel Boys. The 50-year-old Whitehead, who had also won in 2017 for The Underground Railroad, thus became the first novelist in 30 years to win multiple Pulitzers (John Updike’s second win in 1990 was the last time this happened).

The Underground Railroad and The Nickel Boys are very different books: the former is alternate history set in the antebellum South while the latter is a much more conventional period piece set in 1960s Florida. The former re-imagines the titular Underground Railroad—a covert network of routes and safe houses used by abolitionists and freed slaves to escape northwards—as a literal subterranean railway network. The latter is based on the real-life Arthur G. Dozier School, an erstwhile reform school for juvenile delinquents—after a 2010 investigation it was discovered that the school had a decades-long history of abuse, rape and torture.

Together, they’re a great advertisement for Whitehead’s core strengths as a novelist—the depth and subtlety of his character sketches, his gift for summing up the ethos of a still-racist country in memorable one-liners (‘Stolen bodies working stolen land, it was an engine that did not stop, its hungry boiler fed with blood’), and the economic yet chilling depictions of violence. In The Nickel Road, for example, Whitehead often depicts sexual-abuse-as-punishment with minimalist descriptions that stop right at the threshold of the act itself; we are looking at it from the boys’ point of view, after all, and they either cannot or dare not look further. It’s an aesthetic choice that’s both clever and sensitive. 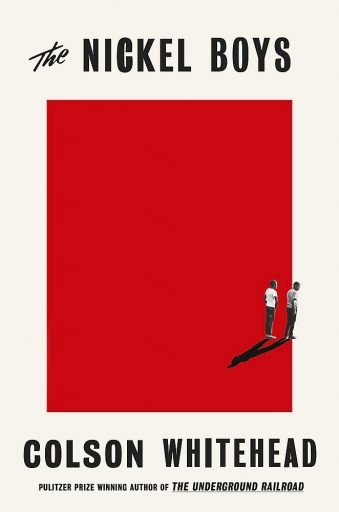 Similarly, The Underground Railroad’s main villain, a white slave-catcher named Arnold Ridgeway, is one of the great American characters of recent times. Ridgeway is racist, yes, but his primary motivation is profit (the novel is particularly effective at showing how American capitalism and racism work in tandem), which makes him very different and more dangerous than a ‘first-degree’ monster. In the third chapter of the book, we meet Ridgeway’s father, a blacksmith who feels morally superior to his son (who’s excited at the prospect of another hunt). Ridgeway, in an ominous scene that Cormac McCarthy would’ve been happy with, taunts his father, reminding him that he makes his money off the chains and manacles that bind the bodies of the slaves Ridgeway Jr. captures—and so, what exactly did he feel so righteous about? It’s a fierce indictment of the complicity of ‘genteel’ white men.

In a Vogue interview last year, Whitehead had mentioned that he wanted to avoid genre trappings for The Nickel Boys—according to him, this grim real-life story deserved the gravitas of un-ironic realism. Which is just as well, because Whitehead’s previous novels have traversed the realms of satire, speculative fiction, alternate history and zombie-lore. Few authors of his generation can claim to match this spread, not to mention the habit of excelling at every one of these genres.

Whitehead’s career began with The Intuitionist (1999), a work of speculative fiction set in a city that’s unnamed, but identifiably New York. In this universe, New York is a vertical city, with hi-tech elevators required to negotiate its endless skyscrapers. The elevators’ health depends upon inspectors, who can hail from two schools of belief—the Empiricists, who believe in machine-led, perfectly calculated assessments of elevators, and the titular Intuitionists, who ride the elevator themselves and figure out what the problem is, following their instincts.

The novel begins like a funny, playful thought experiment but soon enough, Whitehead’s subtle language and the versatility of his allegories make you see the story in a whole new light. For example, a number of cleverly executed set-pieces make the reader realise how metaphors of height and verticality are hard-wired into the English language—the peak of her powers, breaking the glass ceiling, a man of your stature, and so on (always attentive to the vagaries of English, Whitehead writes a column on language for The New York Times Magazine). 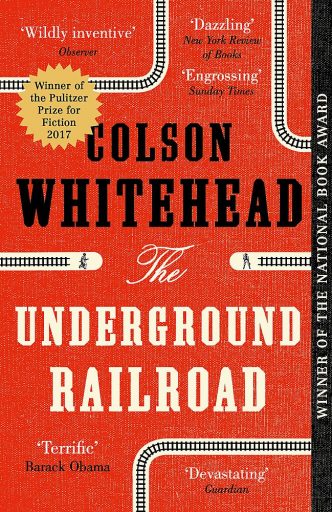 Also, the Intuitionists derive their belief system from the writings of a black man, James Fulton, who treated elevator inspection as both art and science. This is a nod to the stereotypical practice of white leading men having black sidekicks in Hollywood—the white man achieves his goals with the help of the black sidekick’s (dubbed ‘the magical Negro’ by director Spike Lee) ‘mystical’ or ‘instinctive’ abilities. Therefore, Fulton is treated as equal parts scientist and prophet, much like Hari Seldon, the hero of the Foundation series by Isaac Asimov, a writer Whitehead admires. According to Fulton, the elevator of the future will propel us all into ‘the city of the future’.

Whitehead writes, ‘What does the perfect elevator look like, the one that will deliver us from the cities we suffer now, these stunted shacks? We don’t know because we can’t see inside it, it’s something we cannot imagine, like the shape of angels’ teeth. It’s a black box.” The technology referred to at the end is distant, out of reach, essentially unknowable—and is therefore termed a black box.

In 2006, Whitehead developed a significantly different authorial voice for his third novel, a corporate satire called Apex Hides the Hurt. The narrative follows a nomenclature consultant (a black man who, ironically, goes unnamed) as he goes about his latest assignment—renaming Winthrop, a small town whose luminaries cannot agree upon a name. Mayor Regina Goode is the descendant of one of the town’s founders, freed slaves who wanted to call it Freedom (but were predictably overruled by a rich white man called Winthrop who owned most of the land). Winthrop’s resident tech billionaire Lucky Aberdeen, meanwhile, favours ‘New Prospera’, a name dripping with the neoliberal ethos and upward mobility (‘How do you fight a word likeinfrastructure?’, Goode wonders at one point, exasperated).

As our protagonist learns more about the town’s history, as well as the motivations of all parties involved, his decision-making process makes for some compelling black comedy. Funnier still is the story behind the consultant’s exit from the firm he used to work for—the story of the titular Apex bandages he named. The manufacturers, ‘Ogilvy and Myrtle’, hire him to name the new, shoddily built product, after unveiling their latest brainwave: an array of differently-coloured bandages for every skin tone imaginable; white, black, yellow, brown and so on.

‘The world of the clear strip was raceless; it did not take into account that we sought ourselves, like sought like, that a white square of white cotton wadding attached to transparent tape dispelled the very illusion they attempted to create. Criminy—an alien square of white on the skin, well that was outside the pale of even the albinoest albino. The deep psychic wounds of history and the more recent gashes ripped by the present, all of these could be covered by this wonderful, unnamed multicultural adhesive bandage. It erased. Huzzah.’

In the 2010s, too, Whitehead continued to experiment with style and genre, starting with Zone One (2011), a post-apocalyptic zombie novel. The narrative is set in the wake of a global epidemic (ah, the 2011 innocence of calling this ‘speculative fiction’), a severely contagious virus that turns people into flesh-eating zombies.

Whitehead has won Pulitzers for both of his last two books, The Underground Railroad (2016) and now The Nickel Boys (2019). However, as the three novels discussed earlier—one each from the 1990s, the 2000s and the 2010s, respectively—show us, he was already one of the most versatile novelists of his generation. With great awards comes great scrutiny; whatever Whitehead tackles next (and if the grapevine is to be believed, it’s a crime novel set in 1960s Harlem) will be analysed, dissected, and pored over with the hopes of anointing another masterpiece. Something tells us he’ll be up to the task, though.