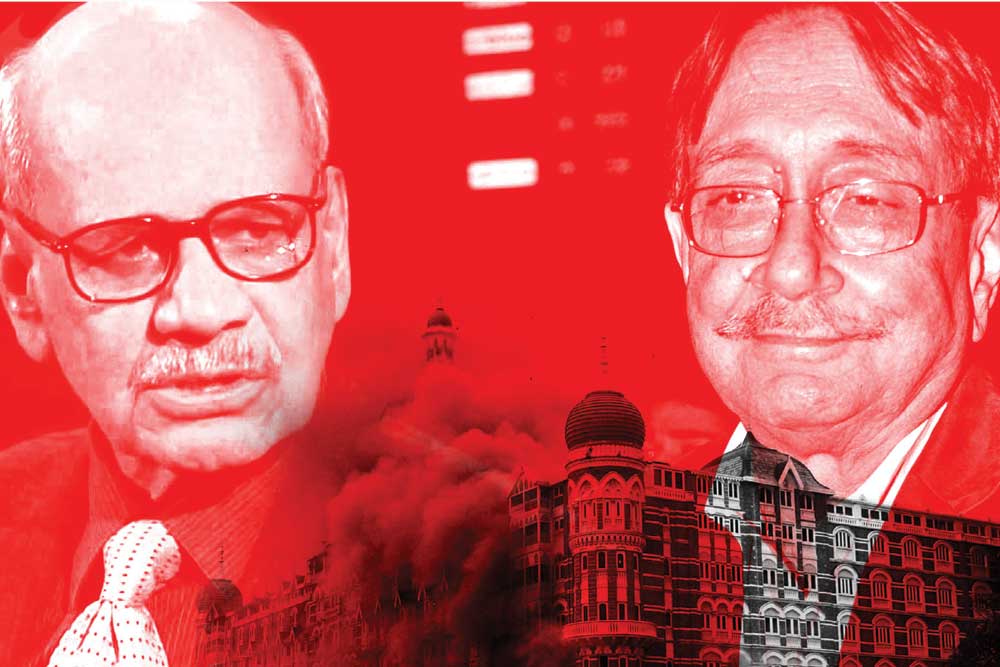 AT THE OUTSET, it must be clarified that this is not a co-authored book, a suspicion that’s already led to serious accusations of irresponsibility on the part of AS Dulat, former chief of R&AW (it’s not RAW). It’s a book compiled by Aditya Sinha, a senior journalist on the basis of his long conversations with General Assad Durrani, former chief of Pakistan’s ISI, and Dulat.

This book is about two spymasters ruminating on missed opportunities and the prospects for peace between two nuclear- armed neighbours that have already gone to war four times in the past 70 years. Such being our neighbourhood, any attempts at peace-making should be welcome. And an effort by those who regularly carry out covert attacks on each other’s territory should be especially welcome. The ‘illusion of peace’ in the book’s subtitle suggests that the two discussants do not have much hope for it in the foreseeable future.

The book’s crux revolves around flashpoints—Kashmir and terror attacks such as the one on Indian Parliament, Mumbai 26/11 and others—that could lead to an unwanted war between the two neighbours and how to respond to them. On unguided terror attacks, General Durrani comes up with a novel suggestion of ‘choreographed surgical strikes’ by India. The ISI will tell the R&AW Chief that ‘you guys attack us on this part that will not cause us much damage but will satisfy the need of your media and the people to respond strongly with a Tit for Tat.’

Unfortunately, such formulations do not take into account the nature of terrorist attacks and the required proportion of the response. What if the next attack hits the Delhi Metro and kills over 300 passengers? Or they succeed in entering Parliament and take 200 MPs hostage? In such a scenario, no Chief of R&AW will adhere to the pre- scripted ‘choreographed surgical strike’. Ultimately, the decision to respond will always be that of the political leadership and they may be compelled to order an air strike on Muridke (headquarters of Jamaat ud-Dawa) followed by a military intrusion via India’s western border. ‘Cold Start’ as a military doctrine was conceived for this very purpose.

On Kashmir, the combined wisdom seems to accept President Musharraf’s four-point formula that apparently fell through in the Agra Summit (July 2001), ‘mainly because Advani felt slighted or that he did not receive adequate attention’. The crux of Musharraf’s formula was to ‘dissolve the LoC; enable greater traffic and commerce between the two parts of Kashmir; provide greater autonomy for both parts; and finally design common political institutions that will ensure autonomy for Kashmir as a whole.’ The underlying principle of this formula was that both India and Pakistan would shed a portion of their sovereign claims and enable Kashmir to live its dream of being almost independent. If anybody could have pulled off such an ambitious plan, it was Prime Minister Vajpayee and President Musharraf, but today their inheritors are in the same rut that has guided 70 years of unrest.

The book discusses the Parliament attack of December 2001 (on which General Durrani has no reply to questions), the Kargil campaign of General Musharraf (Durrani considers it a foolish move), the 26/11 attack in Mumbai (Durrani feigns ignorance of who did it; when pressed on why no action is taken against Hafiz Saeed, he says the ‘political costs are too high’). But who paid for David Headley and his repeated visits to Mumbai to recce 26/11 targets? Who authorised the hijack of IC 814 and why did they need Masood Azhar and Omar Saeed Sheikh so desperately in exchange for the flight’s passengers? What did they get by sponsoring the Khalistan movement and have they learnt any lessons from its failure? Will it not be the same in Kashmir after 10 years? And, most importantly, can the ISI ever discard all its proxy groups in Kashmir and Afghanistan? Will the Pakistan Army ever let parliamentary democracy take root in Pakistan? Will the State of Pakistan stop Talibanisation and reform hardline jihadis? By mainstreaming the Jamaat ud-Dawa (JuD), is it not preparing to hand over control of the state and in turn, its nuclear assets, to terror groups? Or does General Durrani seriously believe that the JuD is a charity organisation? These questions are not asked, nor are answers proffered.

In an astounding remark, General Durrani says, ‘India is not a target of the Pakistan Army.’ Maybe he does not include terrorist proxies as part of the army

There is also mention of Kulbhushan Jadhav, which Geneal Durrani converts into a generic discussion on spies who are caught and how they should be handled. Durrani either skirts the main issues or raises it to an abstract level where the ISI role can be obfuscated. Due to the obsequious questioning and also excessive fawning by Dulat, General Durrani comes across as an oracle of Delphi dispensing gems of wisdom.

The discussion on Afghanistan exposes the strange nature of questioning by Dulat when he asks why President Ashraf Ghani suddenly turned against Pakistan. And why did he crash-land at the army GHQ in Rawalpindi? The all-knowing Durrani does not reveal the discussion that Ashraf Ghani had with General Raheel Sharif but declares that President Ghani is an American agent and that he hates Pakistan.

The reality is that Ghani broke all protocol to visit Pakistan’s army GHQ within two months of assuming power in Kabul (in September 2014) and ask General Sharif ‘what is it that the Taliban can give to Pakistan that the President in Kabul cannot?’ And he promised to deliver the same if the Pakistan Army supported him and dumped the Taliban. General Sharif did not know how to respond. It is only after repeated attacks on Afghanistan, all of which originated in Pakistan, and a failure to hold peace talks with the Taliban that he turned against Pakistan. President Ghani refused to hold talks with anyone other than Mullah Omar, and after months of insistence he was told that Mullah Omar had died two years earlier. Such is the duplicity of Pakistan, and Dulat appears to believe every word of General Durrani on Ashraf Ghani and Afghanistan. ‘Duplicity of the ISI’—a common theme in our interactions with the American and British agencies— seems to have slipped Dulat’s mind.

Either General Durrani does not know the facts or he is prevaricating to suggest that the Taliban is the only game in town. Surprisingly, Dulat says that there is no way out but to talk to them. Does he truly believe that the Taliban represents the Pashtuns of Afghanistan; and if so, which Pashtun groups? Everyone knows that the Taliban’s strength comes only from the Pakistan Army and that if that source is cut off, the group will collapse within months.

In an astounding remark, General Durrani says, ‘India is not a target of the Pakistan Army.’ Maybe he does not include terrorist proxies as part of the army. Try telling that to families of soldiers and civilians who died in Uri, Pathankot, Gurdaspur, Mumbai, or at India’s embassy and safe-house in Kabul.

Finally, what is the purpose of this book? Do the two retired chiefs of Intelligence believe that either their successors or their political masters would take their prescriptions seriously? They will certainly not. So, is it just an ego trip for two men walking down sunset boulevard? And is there anything in it that’s not known to people in the strategic community in both capitals? Hardly, except gossip about retired ambassadors, generals and politicians in both countries, which at best should be confined to drawing rooms.

Commenting on leaders who are still in power may be good copy for a journalist, but is futile for policy-making. Dulat’s adoration of Vajpayee and his daring moves on Kashmir and Pakistan set a high bar to evaluate Modi and Doval’s policies on both these fronts, but there is no critical analysis of the role of Pakistan’s army and the ISI in causing this failure. General Durrani doesn’t expose his old institution. He comes out as the cleverer one in the room.

While Sinha the journalist may have got a scoop of sorts, Dulat and the R&AW do not come out in glowing light. The book has been a branding exercise for the ISI and its former chief General Durrani, who keeps his old institution blemish-free.