MG Vassanji’s new novel places an inter-faith love story in the heart of a polarised Delhi. The Toronto-based, Indian-African writer in conversation with Shikha Kumar 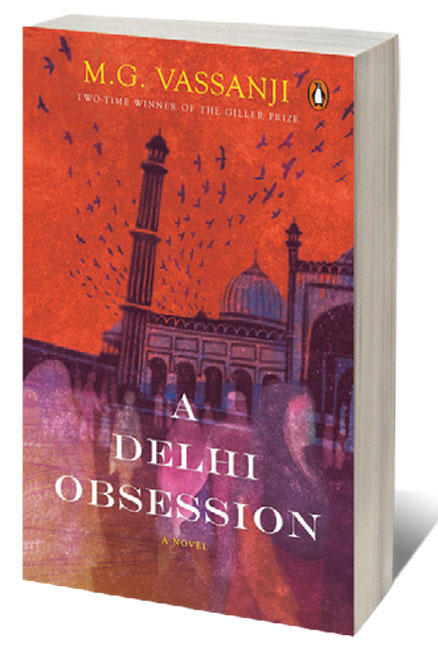 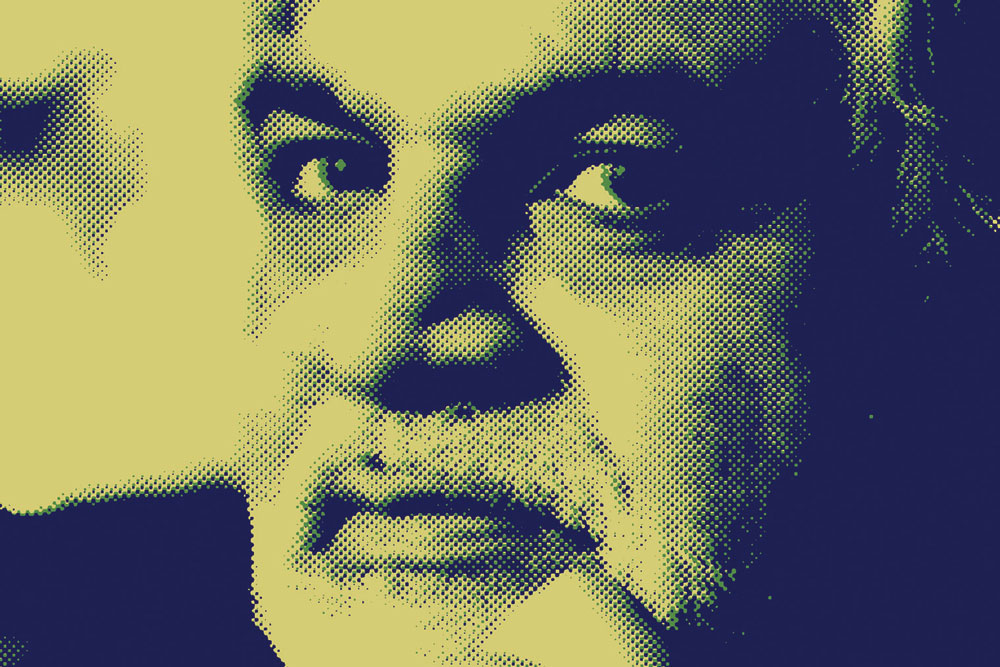 
WHAT IS A surgical strike? It’s a question that confounds MG Vassanji. He recounts how a particular surgical strike made headlines in Indian newspapers and became the subject of primetime news debates, pinned with a celebratory undertone. “As an outsider, what fascinated me was the term itself—in my mind, a surgical strike is something mathematically precise, something to do with missiles. I still don’t know what a surgical strike means in India,” he says, on a Skype call from Toronto.

In a scene from his latest novel, A Delhi Obsession (Viking; 248 pages; Rs499), a group of men—acolytes of a self-proclaimed protector of cows and Hindu women—bring up surgical strikes as an effective solution to cross-border terrorism. The conversation takes place in the bar of the Delhi Recreation Club (DRC), a fictional club that forms one of the main settings in the novel.

“I was amused that everyone was jumping on the bandwagon, blindly accepting things… but not asking what a surgical strike really means. Even the media was totally unquestioning. If a gang of foreign terrorists, or whatever they were being called, entered an army camp and began attacking, the first thing I would ask as a citizen is how did that happen? Isn’t the army supposed to be fortified with guards, intelligence and so on?” he adds.

It’s at the high-brow DRC that the novel’s chief characters Munir Khan, an author from Canada, and Mohini Singh, an English professor and newspaper columnist, meet. It’s Munir’s first trip to Delhi—his ancestors immigrated to Africa from Delhi before Independence—and he’s keen to discover his roots, and in the city’s long-drawn history, find inspiration for a new novel. Amidst an atmosphere fraught with growing fundamentalism, they fall in love—Munir a widow, Mohini married.

Vassanji was staying at a club much like the DRC and thought it would make for an ideal setting for a novel. “It’s a fascinating place, very convenient for meeting people but also to hide away and do some writing. I would just sit outside and watch people come and go. The differences between Hindus and Muslims in present-day India really bother me, and I thought one way is to write about it. So I made up this love story… risking the fact that they’re in an adulterous relationship. But India has changed dramatically in the last decade or so.”


The differences between Hindus and Muslims in present-day India really bother me, and I thought one way is to write about it. So I made up this love story, says MG Vassanji

A Delhi Obsession is an important book—intertwined with Munir and Mohini’s love story are important political events rendered through a fictional lens. As Mohini and Munir surreptitiously visit ancient monuments, dargahs and crowded markets, their ties grow stronger and subsequently, more strained. There’s Jetha Lal (the cow protector) and his followers who are always keeping an eye on the duo at DRC. Vassanji created his character based on what he was reading in the papers—more specifically, around a person who boasted to a magazine about how his goons went about breaking inter-caste and Hindu-Muslim liaisons.

The story also references polarising incidents like beef politics and mob lynching. In one scene, Mohini cautions Munir by talking about a Muslim man who was lynched on suspicion of keeping beef in his house. The novel ends on a sad, shocking note.

Vassanji, twice winner of Canada’s Giller Prize for Fiction, believes that fiction demands certain responses from you. And while his novels may not be political in intent, he says that his characters respond to the world in certain ways, and “the world is not always a pleasant place.”

“I had been reading papers like The Hindu and The Indian Express, and then kept visiting India; so I knew I wasn’t imagining things. I started a love story in the bar of this club, against certain issues in the background that were growing more and more prominent.” He wanted a strong ending for this novel, one without any literary ambiguity or subtlety. “This is the first time I’ve actually made a statement in a novel. And I wanted to make a statement because I feel so strongly about this division between Hindus and Muslims, and objectifying the other.”

It’s something he acknowledges in the author’s note too—how everyone is branded communally in India, irrespective of their beliefs, background, upbringing, complexities and peculiarities. This bothers him as the brand or label comes identified with a politics, a history, a status and an exclusion. Growing up in East Africa, Vassanji had a syncretic upbringing.

BORN IN NAIROBI and raised in Dar es Salaam in Tanzania, he feels like he has many backgrounds—Indian, African, Hindu, Muslim, even Western, owing to the kind of education he had. This multicultural upbringing has enabled him to empathise with different kinds of people, a quality he brings into the characters of his books. “If I can’t empathise with them, I wouldn’t write about them. I have to know them completely—whether it’s a man, a woman,
Hindu, Muslim or Christian. A part of this comes from my family, where we never drew those boundaries so rigidly. We had rules, but they were easily broken and didn’t carry the kind of harsh repercussions they would in other societies,” he says.

A unique tradition Vassanji grew up with in Dar es Salaam was listening to ginans, traditional hymns in old Gujarati dating back hundreds of centuries, with his family. In fact, the mixture of stories in these ginans became his first interaction with India when he moved to the US for a degree in nuclear physics, and stoked his curiosity about his own origins. “Some of the ginans are mystical, much like Kabir or Mirabai’s poetry, while some are philosophical. I started reading up on Indian philosophy, ordered books on medieval religions from India and even took two courses in Sanskrit, to get a sense of where the language comes from.”

A recurring theme in Vassanji’s work is the intersection of personal and public histories. His 2007 critically acclaimed novel The Assassin’s Song was set in Gujarat, centred around the events of the Hindu-Muslim riots. In
A Delhi Obsession, Vassanji does a fine job of deep-diving into the capital’s history, through Munir Khan’s discovery of the events leading to his grandfather’s migration from Delhi to Mombasa in 1913, and visiting landmarks like Tughlaqabad, Nizamuddin Dargah, Purana Qila, and Humayun’s Tomb.

“I come from East Africa, where you don’t see structures that remind you of the history of the place. Even in Toronto, the one thing I miss is the lack of depth. In certain cities in Europe, or even in Delhi, there’s history all around. You’ll take a roundabout and see this building, and you can’t help wondering how it was built, who lived there. Or you go deeper into a market and find a madrassa where Barani might have taught,” he says. What really fascinated him about Delhi was not the Mughal period, which he believes has become a cliché of sorts. “It was the Sultanate and the stories of Alauddin Khilji, Muhammad bin Tughlaq and Nizamuddin. They’re almost Shakespearean, with the murders, betrayals, fratricide. I’ve always wanted to write novels set in that period… I had my character Munir Khan try and do that.”

We come from a small part of Gujarat and don’t participate in any major histories, nor are part of history books. It became important for me to find myself outside of these big movements, says MG Vassanji

While studying at the Massachusetts Institute of Technology, Vassanji took a course in imperialism and history. He asked his professor where the history of people like him could be found. “We come from a small part of Gujarat and don’t participate in any major histories, nor are part of history books. It became important for me to find myself outside of these big movements,” he adds.

He started reading historical accounts of Indians going to East Africa, and it became an obsession. His writing began with the awareness that he had to reclaim his history, which then extended into knowing more about Gujarat, Kutch and other places. He also felt that most of it was written by British administrators, that Indian sense of history was lacking.

“As kids, we never bothered about how my parents or grandparents arrived in Africa, what they were wearing when they got off the ship. It was only later that I actually spoke to older members from the community, which led to my first novel (The Gunny Sack, 1989). You always learn of history as these big movements… what happens to individuals, inside families is never part of any discussion. Something very trivial for the British Empire had such consequences that it sort of led to my being here, for instance.”

Much of Vassanji’s work, both fiction and non-fiction, explores the experiences of South Asians in East Africa. Even though he made Toronto his home over four decades ago, he returned to East Africa many times, first to visit his family who had moved back to Nairobi, and later, to research his novels.

In 2014, he released And Home Was Kariakoo, a memoir on his life in the country. “I wrote this book to bring the place alive, to say that Africa is not just poverty and wars. People live and love, go to school, laugh and make jokes, get married. I also had a craving to see all the places whose names I had heard as a child. You could find Asians in every little corner of the country, even if a house or two,” he says.

WHILE VASSANJI IS labelled as a Canadian writer, in Kenya or Tanzania, he becomes a Kenyan or Tanzanian writer. Khushwant Singh has called him an Indian writer. “I’m grateful in a sense because it’s good for people who don’t belong anywhere completely. I come from a sect that’s a minority in every part of the world. So to be embraced is gratifying, but also having a permanent label bothers me because I feel pinned down. You’re this, therefore you cannot be that.”

The author will be in India soon and will also make his way to Pakistan to research his next novel, chronicling the life of a scientist from Lahore. He first saw the country in the 1990s, but it was an official visit and his explorations were limited. This time, he plans to take the train to Amritsar and cross the border at Wagah. “I’ve never written about the physics aspect of my life before. People have often asked me why I don’t, I always say physicists lead boring lives. This time an idea struck and I thought I should visit Pakistan. Even though I can imagine a place, I have to see it for myself before writing it.”

While reviews of A Delhi Obsession are still trickling in in Canada, he’s curious about the reception in India. “Some reviewers there have not got the context. An Indian reviewer preferred to look away. But that’s a response I’m expecting now. The best way to treat a novel that offends you is just to ignore it.”