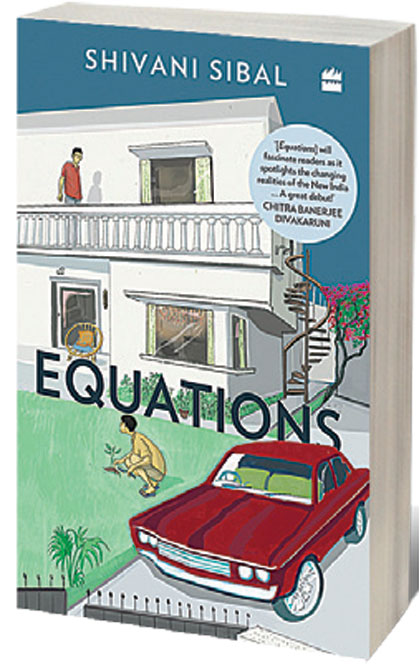 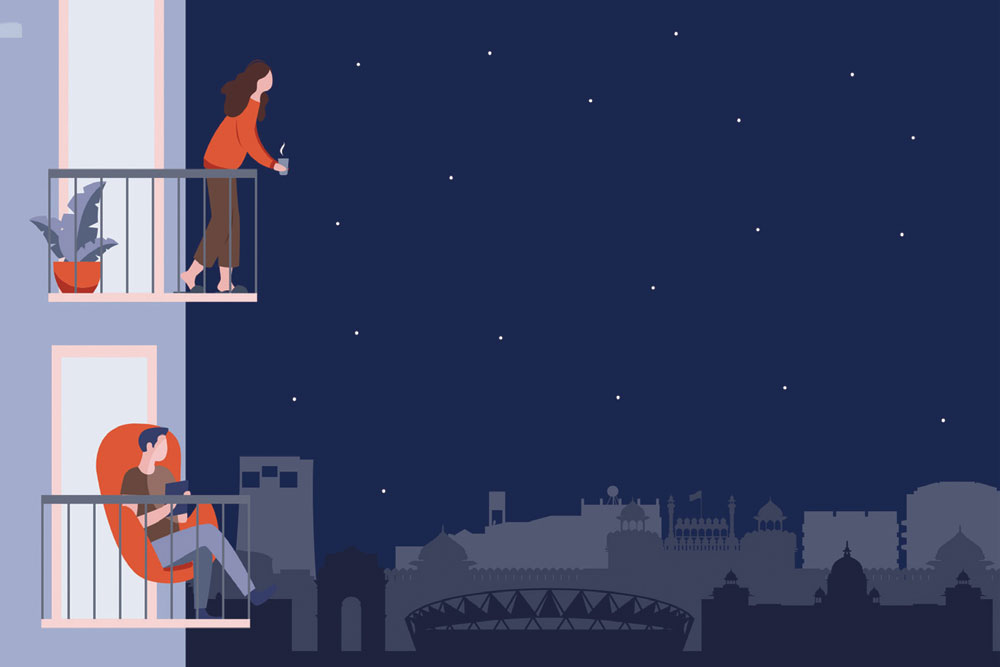 SHIVANI SIBAL’S DEBUT novel Equations is a firecracker. It is the kind of book that makes you want to read without pause. She seems to have finely honed instincts about how to pique your curiosity, startle you into silence and make you laugh till your stomach hurts. It is set in Delhi.

The most banal way to read this book is to see it as a story about the downfall of Aahan who is “the only son and heir of the fabulously wealthy Sikand family” and the rise of Rajesh who is “the son of the family’s driver”. These men might think that the world revolves around them but you do not have to buy that. Read the book for Sibal’s astute observations about scions, spiritual materialists and social climbers in the Capital, intertwined in a web of desire and deception.

You will meet rich housewives gossiping about domestic workers who have “turned on their masters” and “forgotten their place” and have “no work ethic”. You will also meet chauffeurs with a “substantial side income” from selling information uttered by “sahib-log” in their fancy cars. The affluent cannot fathom how “lower class types” are able to understand the English they overhear.

Aahan is depicted as a “man-child” who has inherited a bungalow and a business that he struggles to keep.

His emotional outbursts are traced back to a childhood where his mother was occupied with cocktail parties and his father was busy with his mistress, so childcare was outsourced to the staff. Aahan’s inability to work with anger wreaks havoc in his own mind and in the lives of others.

The author stages an elaborate scene to show how Aahan’s fiancée, Parul, has to put up with his unexamined rage. They are attending a farmhouse sangeet for Parul’s friend, the daughter of a mining baron. While Parul is lost in the sounds of the qawwali, Aahan notices her ex-boyfriend Kamal sitting beside her on the floor. He walks past the qawwals, drags Parul out, locks the car and hits her. The strains of ‘Rang’ waft into the car as her eyelid begins bleeding.

Sibal is too talented a writer to make all the connections explicit; she leaves it to you to ask the right questions and lets you figure things out. It is clear that Aahan’s insecurity comes from the fact that he failed to protect his mother when his father cheated on her. Did Aahan restrain himself out of respect, or was he afraid of being disinherited by his father? He worries that Parul might leave him but he also knows that Parul wants to move up the social ladder. He abuses this knowledge to dominate her.

On another occasion, Aahan almost kills Nooriya—the woman who came into his father’s life as a mistress and later became his second wife. Aahan’s mother was deprived of marital bliss but she did not have to go through a divorce.

His father converted to Islam so that he could have two wives at the same time. Aahan tries to cremate his father without telling Nooriya but she shows up at the opportune moment. He pushes her towards the pyre; Rajesh saves her but she is badly burnt.

Rajesh is portrayed as a street-smart and ambitious man who is fed up living on crumbs and hand-me-downs. He moves out of the staff quarters, gets a college education and becomes a politician. He marries Sana—an American researcher—without breaking up with his Indian girlfriend Guneeta. He hopes that having an American wife, even if she is of Indian heritage, will improve his status. He encourages Sana to be close to Nooriya for greater access to the well-heeled.

Sibal is interested in class dynamics but keeps herself from insinuating that people with deep pockets are fundamentally evil, and people with humble beginnings are essentially virtuous. She watches them with wry amusement, as they walk into a future of their own making.