The country may be rife with strife, but insurgency cannot be used as an excuse for misgovernance. 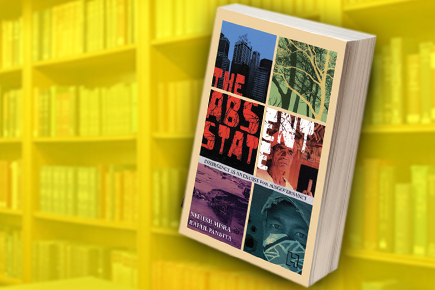 The country may be rife with strife, but insurgency cannot be used as an excuse for misgovernance.


In Baghuria, a small village in Jharkhand, around forty-eight kilometres from the city of Jamshedpur, where India’s first modern iron and steel plant was built by the Tatas, a crowd of four thousand people had gathered to watch a football match on 4 March 2007. It was Holi, the festival of colours. In this part of India, more than the excitement of playing with colours, it was the prospect of playing football and watching young talented boys and girls rough it out on the field that attracted people. The village had its own football club and the day’s events were particularly significant because the chief guest was the area’s member of Parliament, Sunil Mahato. It is very rare that people in remote regions like these get to see their leaders. Mahato had actively supported the NSS, Kisku’s army, which had tried to turn the tables on the Naxalites with the support of the police. Flanked by his bodyguards, wearing garlands offered by the crowd, he sat on a dais. The fun wouldn’t stop with the match; a cockfight had been organised to begin right after.

A series of pictures taken in succession by a local photographer that day show a group of people, including a few women, inching towards the dais. Numbering around forty, the men and their female accomplices belonged neither to the village nor to any of the surrounding villages. No one had seen them before.

In one corner of the football field, fifty-six-year-old Sudheshwaran, former head of the village, was taking stock of the preparations. Some women admirers from among the strangers inched through the crowd, walking up to Mahato, apparently to greet him. That is when Sudheshwaran heard the sound. One of the women had shot at Mahato with a revolver fitted with a silencer.

‘We felt as if electric wires had touched each other,’ Sudheshwaran recalled later. He froze when he heard shouts of ‘MCC! MCC!’ It was a Naxalite attack. Though the MCC had merged with the PWG three years ago, the Naxalites active in this area were still known by their old name.

Mahato, wounded and bloodied, tried to drag himself to safety. At the same time, others from the rebel platoon pounced upon his bodyguards and snatched their automatic rifles. Two of the guards were shot—one died on the spot and the other’s body was found later in a nearby field—and two of them managed to flee. Mahato fell on the football ground and bled to death within minutes.

For fifteen minutes, the villagers recall, there was absolute chaos. In the ensuing stampede, they left behind everything—slippers, cycles, motorcycles—and ran for safety. Then the entire village shut itself indoors.

When the superintendent of police arrived with his men half an hour later, he did not find a single window open. Mahato’s body lay in the open field in front of the dais, a few metres from where he would have handed over a trophy to the winning team. He was rushed to the hospital where he was declared ‘brought dead’.

The operation was meticulous. Not a single villager was injured. The Naxalite squad, after hitting its target effectively, retreated to the nearby jungle. Mahato was targeted because he had been openly issuing statements against the Naxalites. ‘We do not kill everyone just because he/she is an MP or a minister … it is mainly a small coterie of political leaders that plays a crucial role in finalising the policies under the dictates of the imperialist–feudal combine. It is such political leaders that we single out for attack,’ Naxalite supreme commander Ganapathi said in an email response to journalists’ questions: ‘In the case of Sunil Mahato, we had to eliminate him only because he had been actively involved in unleashing brutal repression on the revolutionary movement in Jharkhand. He is not just a leader of the Jharkhand Mukti Morcha [his political party], but is associated actively in the vigilante gang called the Nagarik Suraksha Samiti, which has taken part in the cold-blooded murder of our party cadres.’

The Naxalites had carried out the killing as a larger message against the arming of civilians to fight them. ‘We have already had bitter experiences in Chhattisgarh where the so-called peace campaign in the name of Salwa Judum is playing havoc with the lives of thousands of adivasis,’ Ganapathi wrote in his replies.

‘Such punishments will be carried out where necessary on a case to case basis in a selective manner and this must not be treated as our general policy. We wish to make one thing clear: We are not for indiscriminate killing of leaders or ordinary members of political parties.’

Meanwhile, more bloodshed was being planned.

On Valentine’s Day, 14 February 2008, Kisku’s informers in the rebel squads called him at 4.00 pm and tipped him off about the presence of Naxalites in Bhitar Amda village on another flank of the Rani Jharna hills. At Kisku’s instigation, the attacks began late in the evening. By nightfall, the villagers had cut down seven Naxalites.

When we reached Bhitar Amda, there was a lull, broken occasionally by the rumble of the armoured vehicles of the paramilitary forces on long-range patrols inside the jungles of Rani Jharna. A few children standing nearby, who were having fun getting themselves photographed, described the day in a matter-of-fact way. ‘There was fighting in the village. The Naxalbaadi [Naxalites] had come, and everyone found out,’ one of them said as he picked at his shirt, from which two buttons were missing. ‘I heard firing, then the villagers started running away. Later, I saw one Naxalbaadi dead. He was shot. They brought him to the school from there. We were all taken in a tractor to another village.’

On the morning of 5 January 2010, Dhanai Kisku stepped out of his house in the former copper-mining town of Mosaboni in Ghatsila to go to a nearby tea stall. His bodyguards were not with him. As he lifted a glass of tea to his mouth, two motorcycles stopped in front of the stall.

Two of the three men on the bikes walked towards him and one of them took out a pistol. A bullet was fired. Immediately after, the other took out an AK-47 rifle and fired a few more shots. Kisku took five bullets in all. He died at a local hospital less than an hour later.

The Naxalites had killed the head of the force created by the government to kill them, and another blood-drenched saga had come full circle.