A portrait of tuberculosis that reveals society’s ill-informed choices 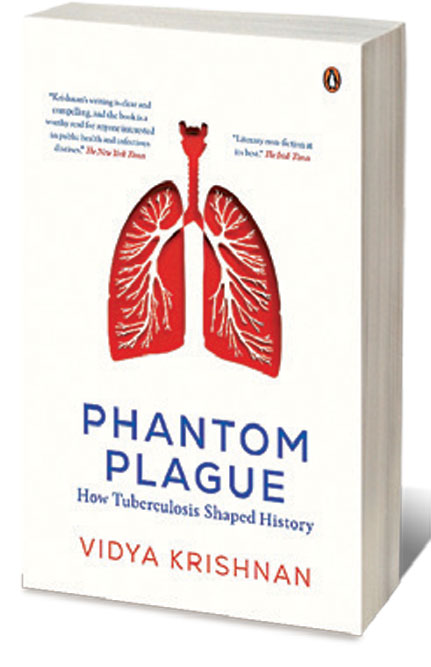 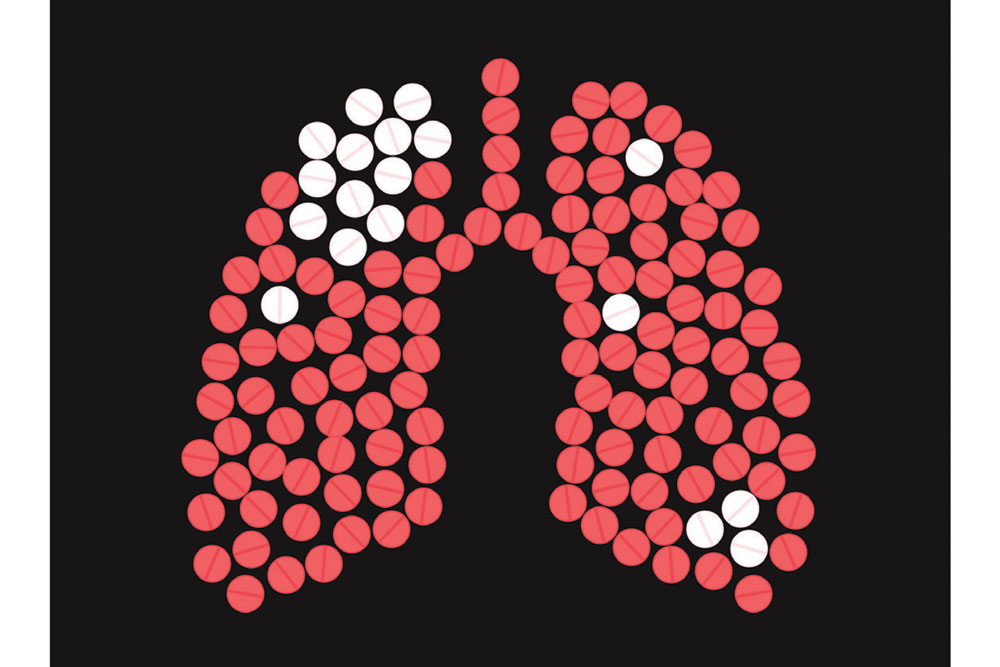 
ASKED WHAT THE first signs of civilisation were, the anthropologist Margaret Mead spoke of a 15,000-year-old skeleton that showed signs of a broken femur that had subsequently healed. In the animal kingdom, a broken bone will most likely lead to death. A healed femur meant that somebody had removed the person from danger and cared for them for at least six weeks, probably at great cost to themselves.

Rather than pottery, tools or fire, Mead thought, compassion is the first sign of civilisation.

We are lucky, then, to have Vidya Krishnan as one of our foremost health journalists, not just because of her astute observations and mastery of the topic, but also because of the deep compassion that motivates her writing. April 27, 2021, as Delhiites gasped for oxygen, Krishnan wrote about the “moral malnu­trition” of our times in The Atlantic. “Our actions compound, one small act at a time—not pressing for greater attention to the vulnerable, because we are safe; not demanding better hospitals for all Indians, because we can afford excellent health care; assuming we can seal ourselves off from our country’s failings toward our compatriots.”

In Phantom Plague, Krishnan applies that same compassion and attention to detail to tuberculosis, a disease that has re-emerged as the single largest killer of humans, at least prior to Covid-19. But this is not the TB of yesteryears. Mutations labelled “DR” (drug-resistant) and preceded by X, XX or XXX show just how many drugs the bacteria can fend off. Rather than the six to nine months that we were told it takes to cure the disease, treatments last two years if the patient is lucky. During that time, patients take 14,000-20,000 pills and are injected daily with thick viscous liquids that leave them in excruciating pain, an injection that, “burns from the second it starts.”

Getting the right treatment is itself an ordeal. In a story familiar to many TB patients, Krishnan writes about Shreya, whose father keeps calling the hospital for test results, but is told that “the sample had been contaminated; there were no reliable findings. The tests that were not needed have not been done properly, and it had cost the family two months.”

Shreya dies, as do a quarter of the patients who are diag­nosed with multidrug resistant TB in India.

Who shall we blame?

Phantom Plague eschews an easy answer. Through a series of vignettes Krishnan argues that the site of the ultimate rup­ture—Shreya was not started on Bedaquiline in time—reflects the culmination of our own moral and political choices from global patent systems to how our cities are designed to the doctors we visit.

It is in the telling of these stories that Krishnan is at her best, sparkling with indignation at the sheer injustice of it all. A patent system, imposed by rich countries to guard the profits of big pharma, forces a father and daughter to travel to Tokyo to beg for medicines on “compassionate” grounds; a government that has decided to ration lifesaving drugs like Bedaquiline (one of only two drugs that can fight extremely drug resis­tant forms of the bacteria), forces doctors to repeat­edly deny treatment to children; a medical system where patients have to visit doctors repeatedly to be correctly diagnosed; cities where the homes of the poor have become dank reservoirs of disease.

Shreya’s death then is neither an isolated case of medical negligence nor the signs of a dysfunc­tional system, but rather the outcome of our own societal choices.

As Ghalib (probably never) wrote: “Dhool chehre par thi aur aina saaf karta raha (We clean the mirror while the dirt is on our face).”

Societal choices are resilient. Krishan documents the John Snow-like detective work of “Doctors for You” in Mumbai as they try to under­stand why the city has emerged as the TB hotspot of the world. In this city, the latest housing plan has led to “vertical slums”—ghetto-like buildings stacked only three meters apart where slum populations have been rehoused so that land can be freed up for private developers.

By mapping every TB case in these buildings, Doctors for You shows that it is in the lower floors of these buildings, with no ventilation and dark, dank spaces, that the bacteria thrive. That link between architecture and disease should have led to a full revamping of the slum rehabilitation projects and a signifi­cant retrofitting of existing buildings. But konala vela ahe—who has the time? One collective shrug later, the government acts by finally increasing the distance between buildings in new projects, from three meters to….six meters.

TB is our broken femur, and in Krishnan’s telling, we are failing our civilisational test.

I have two quibbles, if I may. Krishnan believes that fear will drive the elite to action: TB is a democratising influence and we must act because our safeguards will not protect us from a disease that will soon have no cure. Act, Krishan pleads, to save yourself.

But this idea—that TB will affect everyone eventually—is simply not true.

TB hides, mutates and teases, but never attacks the rich, where it may motivate a dormant population into looking for new cures, vaccines, tests and housing that ultimately eliminates it. Every survey shows that TB is predominantly a disease of the poor: the dwellings of the rich combined with their better nutri­tion and limited contact with the poor provide ample protection against the disease. That rich/poor divide is sometimes disrupted when a new disease arrives (HIV/dengue/Covid-19/chikungu­nya/asthma/diabetes), but it is just as quickly re-established, often in a matter of months. The claims of TB being the great leveller sits uneasily on much of the material in Phantom Plague, which is rightly about the devastating effects of the disease on the poor.


It is in the telling of stories that Vidya Krishnan is at her best, sparkling with indignation at the injustice of it all: a patent system, imposed by rich countries to guard the profits of big pharma; cities where the homes of the poor have become reservoirs of disease

Krishnan also wants 80 per cent of her book to reflect the nuance inherent to any complex topic and the other half to entertain.

It’s a choice that almost works, but falls short when we inter­rogate the cast of villains that she assembles. Yes, our cities are full of slums with horrendous conditions. But is that not a sign of not-democracy and democracy? Our politics (thus far) have not allowed us to raze the slums and move the poor out of the city to peripheral locations segregated from the rich, as Ameri­can cities have so ruthlessly managed to do. Yes, private sector providers often misdiagnose their patients. But Vaibhav Saria the anthropologist has brilliantly shown that what seems like misdiagnosis may reflect care for the patient in an environment characterised by mistrust. Yes, patent laws mean that poor patients do not get the medicines they need. But isn’t it equally remarkable that not a single new TB drug has been developed in India despite the fact that we have some of the world’s best scientists, who know how to produce drugs and have known about drug resistance from the very first TB trial in the 1950s?

How should one then write, knowing that there are no easy answers and that we are here today because of the choices we ourselves have made?

I do not know. But implicit in all of Krishnan’s writing is that our humanity must be based on a duty of care, and once we establish that duty of care as an inviolable principle, our systems must allow that duty to be fulfilled. “Duty of care” here, is not just in the sense of responsibility towards the vulnerable, but attuned to the words of philosopher Sandra Laugier: “The perspective of care, by calling our attention on our general situ­ation of dependence and on the danger of denying these con­nections, is thus inseparably political and ethical; it develops an analysis of social relations organised around dependence and vulnerability—blind spots of the ethics of justice.”

My own sense, after two decades of research on healthcare, is that our politics have yet to generate a conversation where that duty of care is articulated and agreed upon. Without that consensus, we have not taken on the task of imagining what a health system that genuinely fulfils our duty of care looks like. And that lack of imagination hurts us because we cannot advocate for changes we cannot imagine.

Perhaps we can start by acknowledging our choices and embracing ambiguity. And perhaps that realisation is what Krishnan wants to leave us with. What truly is a world where fear and self-preservation are the only drivers of action? Where have our great traditions of Buddhism and Jainism, each of which widened our circle of compassion to the entire earth, vanished? When shall we realise that an unhealed broken femur is not just the death of a single person, but the death of civilisation itself?

If in writing this book Krishnan persuades the reader that these are questions worth asking, she will have done her job.

Jishnu Das
Jishnu Das is a professor at Georgetown University, US, and a visiting senior fellow at Centre for Policy Research, Delhi