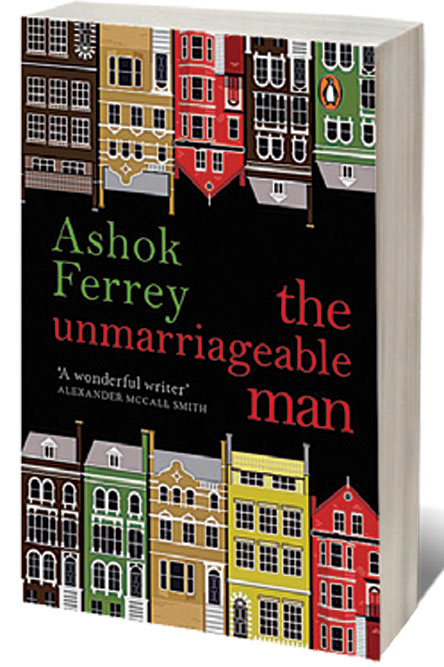 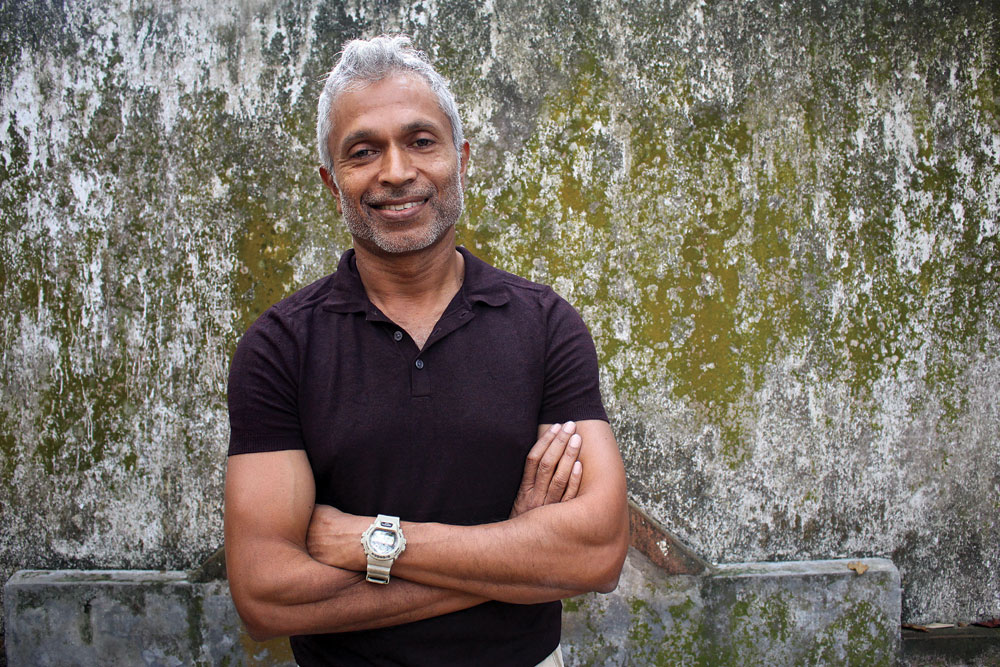 
FAMILY IS A complicated entity. It can be at the root of an individual’s identity and shapes his or her decisions. This struggle is especially apparent in the internationally acclaimed writer Ashok Ferrey’s new book The Unmarriageable Man (Penguin; 272 pages; Rs399). The novel is centred around Sanjay de Silva, a young Sri Lankan man who moves to London in the 1980s seeking to find himself after the death of his father and who then takes up construction, both as a way to make money and bury his grief. This was an unusual choice back then. Sanjay says, ‘I believe that in Brixton 1980, I was the first and only Asian builder.’

Ferrey himself, though born in Sri Lanka, had moved abroad at the age of eight, and came back to his home country at 30. His father died a while after Ferrey’s return to Sri Lanka. The 63-year-old acknowledges the significance of this to Open, saying, “There are certain events in every author’s life that lie un-accessed at the back of their mind, awaiting their turn. Like a frozen chicken stuck at the back of the freezer—except that with an author there is never an expiry date on the bird!” Ferrey adds that writing this book was an exercise in dealing with these events, especially the death of his father. “It was extremely difficult dealing with the grief: it is only now, 20 years later, that I feel able to face it squarely and not flinch.”

This book, like Ferrey’s other works, promises to follow the tradition of being nominated for prestigious awards. One of Ferrey’s recent books, The Ceaseless Chatter of Demons (2016), was longlisted for the DSC Prize, among several others.

Also like Ferrey’s other novels, The Unmarriageable Man gives a detailed and vivid picture of Sri Lankans at home and abroad, which is by turns amusing, tragic and brutal. Instances of humour can be seen in the four women who help raise Sanjay and become his support system in place of his absent mother, an Englishwoman. Sanjay’s father Louis caustically calls them his ‘Satellites of Love’ as they admire him and attend to him in spite of his constant taunts. Sanjay himself says, ‘they had circled around [Louis] like planets around the sun.’ They continue to make decisions for Sanjay even after he grows up and rally around him and his father when Louis has cancer. Their concern doesn’t stop when Sanjay moves to London. When they hear that Sanjay is, as they say, ‘consorting’ with Janine, an unconventional, independent Sri Lankan woman maliciously rumoured to be a prostitute, one of the Satellites, Rani, immediately sends him an unsubtle letter. ‘Cease and desist! She has great power over men. SHE IS A LOOSE WOMAN.’ On the other hand, many of the most painful moments in the novel lie in the relationship between Sanjay and his father, and how Louis constantly puts him down and relentlessly seeks to control him and all his budding ideas of independence. As Sanjay recalls, ‘All my life he had kept me firmly in place, enjoying the quiet luxury of patronizing me, pitying me.’

However, Ferrey says that last aspect was fictional. “The book’s father is not my real father—who was in fact the softest kindest man ever, not the monster of the novel!” He explains that another radical change he made was to reverse the order of events, so in fact his father’s death happened after his return to Sri Lanka, not before; but for the dramatic tension of the novel it had to be the other way around. Ferrey has, as always, written from knowledge and experience, but has added hyperbole to it. “Sanjay contains a lot of me, but is not me. Even the Hooker by Royal Appointment existed. (Though she is probably a little old lady in a floral print dress now, being pushed around in a wheelchair.) And of course, the events—the grief at the death, the sheer joy of the building site—are entirely mine and real.”

The scenes of The Unmarriageable Man seamlessly switch from Sanjay’s recollections of growing up in Colombo, looking after his ailing father, to his time in London as a first-time builder.


There are certain events in every author’s life that lie un-accessed at the back of their mind, awaiting their turn. Like a frozen chicken stuck at the back of the freezer—except that with an author there is never an expiry date on the bird!, says Ashok Ferrey

Like his latest protagonist, Ferrey was also a competent builder in London, going into the business after his years studying mathematics at Oxford. He comments on this, explaining how it led him to give Sanjay a separate but similar path. “Only a madman could have gone from Oxford to a building site! This was one of those cases where the truth was stranger than the fiction: and a writer of fiction must present not truth, but verisimilitude.” This was why Sanjay was given a more credible trajectory, arriving in England when he was much older, instead of leaving Sri Lanka when he was a child, like Ferrey did. “But,” says Ferrey, “once on the building site his life and mine were absolutely identical—so this part was easy to write.”

The extensive detail Ferrey gives Sanjay’s experiences and newfound joy in building, striking up friendships with other builders, laying tiles and woodwork, choosing and discussing wall paints of the 1980s, could only be written from personal experience and not only research. Sanjay’s first foray into this is renovating a house he has just bought, and converting it into two flats. This eventually leads to him developing and selling 84 flats within a few years. This remarkable achievement, was of course, also Ferrey’s. “It was an extraordinary time—those blue-rinsed Thatcher Years—a time of unbridled capitalism. Money had come into fashion, probably for the first time since the War.” Ferrey believes that he was the only Asian builder in South London at the time. By 1988 he had sold the leases to 84 flats having retained the freeholds. But all along he had vowed to himself he would come home when he was 30. So he returned that July—two months before his 31st birthday, and the massive crash that ensued. “Talk about somebody up there pulling the strings! Real estate was the Tulip Fever of the time. But I think that the London property market has always been a wheel you ride, even today. The trick is to know when to get off: in my case it wasn’t any special skill on my part, I’m afraid; just pure damn luck!”

Sanjay carves out a new life for himself among other builders and the immigrant community in Brixton, finding a new support system in them, but he, like all other immigrants, is unable to forget he will always be an outsider. With all the stoicism that enabled him to survive growing up with a cruel and passive-aggressive father, he faces racism, not just from the Whites, but from immigrants of other races. His West Indian landlord Mr Brown frankly tells him he hates Asians. ‘Mean bastards, these Asians. Mean bastards,’ Brown mutters darkly.

Sanjay’s Irish house-sitter Michael also makes no attempt to hide his hatred of all Black people, cursing Sanjay in Gaelic, and conscientiously translating it for him, which Sanjay appreciates, only admiring Michael’s knowledge. ‘I didn’t mind, really I didn’t. I’m all for proficiency in the dead languages.’ Sanjay is remarkably thick-skinned and never expects widespread acceptance. This is just as well.

One might think, given these times, that things have gotten worse for people of colour abroad. Ferrey sets the record straight. “I know I’ll get stoned for saying this, but the racism we faced was much much worse than today. But you know what? It was so ‘normal’, so accepted, so institutionalised that we never let it affect us. He recounts, “I remember being pulled up in Trafalgar Square at 7 one morning for no other reason than that I happened to be driving a van—of course it must have been a stolen vehicle for an immigrant to be driving it, surely? The cop finally let me go because my papers were in order. But not before he had booked me for the vehicle battery not being screwed tightly to its supporting plate.)”

Sanjay also dispassionately evaluates the prejudice of the London enforcement agencies of the 1980s. As he comments in the novel, ‘The notorious sus [suspected person] laws—where the police could take you in for questioning simply because they didn’t like the way you dressed—were in force. Whether this made the streets any safer or merely upped the ante on the violence is questionable.’ The suspects at the end of this scrutiny were of course, most often immigrants.

Ferrey adds, “The immigrants of today have laws to protect them, so in this sense their life is easier. But these laws have simply driven the racism underground, where it flourishes like a weed.”

The racism we faced was much, much worse than today. But you know what? It was so ‘normal’, so accepted, so institutionalised that we never let it affect us, says Ashok Ferrey

In the novel, Ferrey also explores bigotry within a single community. He gives the example of the Sri Lankans of London despising their fellow countryperson Janine simply because she refuses to conform to their “Sri Lankan” ideals of respectability. This is what agitates the Satellites, which inevitably pushes Sanjay even closer to her.

As busy and even happy as he is at first, Sanjay’s memories of his father seep into and influence his new life in Brixton. He is literally and figuratively haunted by Louis. He constantly feels his father’s judgement and imagines his sneering comments in dealing with the day-to-day obstacles in the life of a builder. This is made even more difficult for Sanjay as he is equally haunted by questions about his mother, and is in denial about this. Ferrey says, “Sanjay goes to London to re-invent himself. And the huge, central, unasked question in this novel is the one about his mother. ‘How many of my actions are directed by the unseen genetic machinery of this distant agency?’ His entire life is spent finding substitutes for her: the Satellites of Love, and then of course Janine.” Like so many of those who emigrate abroad, Sanjay realises he is fleeing from old ghosts back home, which he will always have to live with. He ultimately makes a sort of peace with it. Even early in the novel, after Louis’s funeral, Sanjay thinks, ‘In Sri Lanka, nothing succeeds like death, it is the ultimate validation.’ Ferrey says Sri Lankans always have a deep suspicion of other people’s achievements. “There are so many fakes and charlatans about that anyone’s abilities are doubted till they achieve some kind of validation abroad. (What we respect are certificates, not achievements.) This probably stems from the deep insecurity we have about our own powers of discernment, preferring to rely instead on the judgment of outsiders. If outside validation is not possible, only one thing will redeem you: death.”

This novel, like Ferrey’s other books, explores themes of alienation and isolation, and escaping the past. Everyone who struggles with family and identity will relate to it.